Unlocking the Physics of Our Universe: Unusual Numbers Found in Particle Collisions

Coincidence or the key to understanding our physical world? 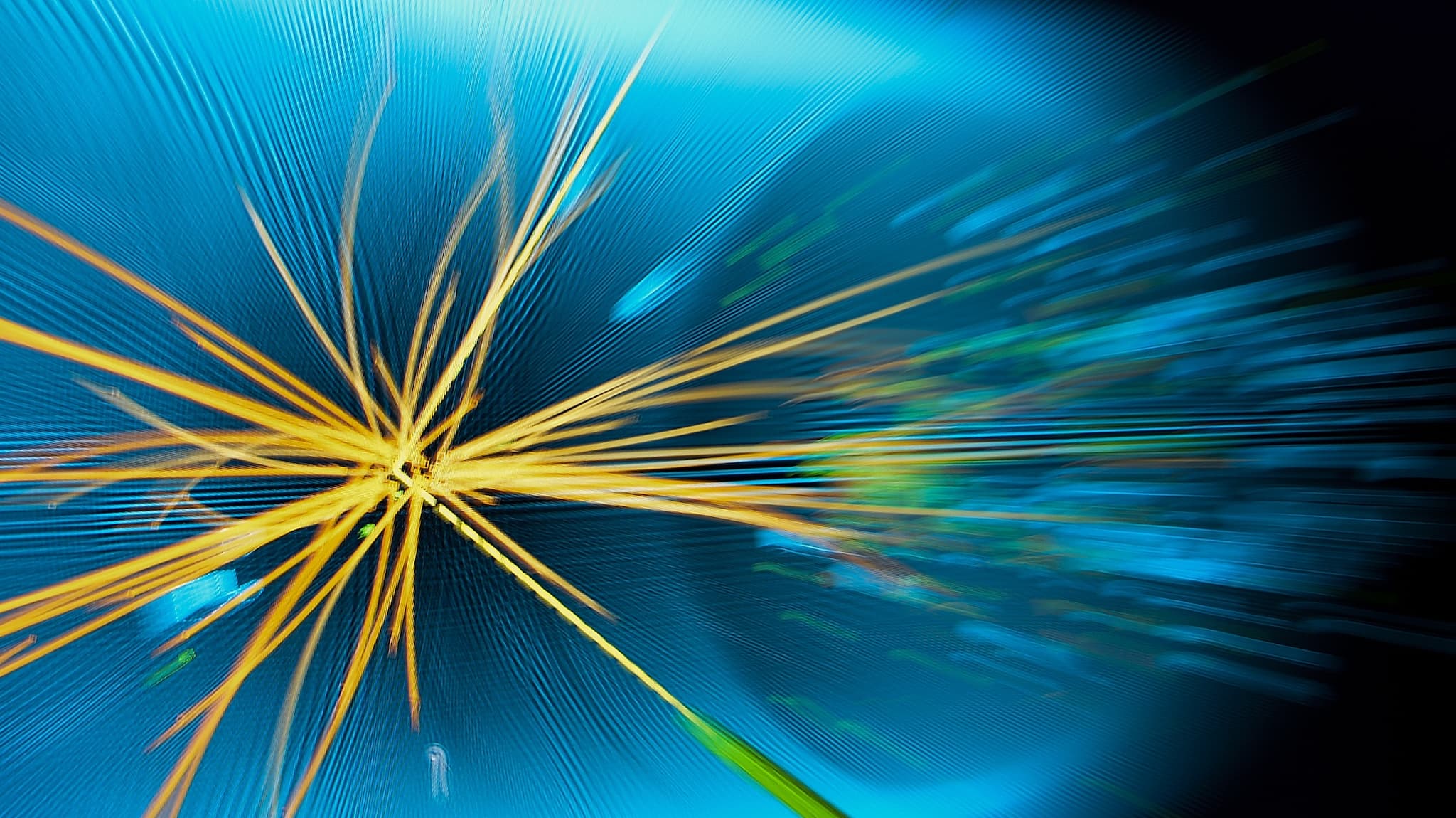 Mathematicians and physicists have noticed a strange coincidence occurring between their respective fields: the values computed from particle physics experiments seem to correspond with a specific set of values found in a branch of mathematics called algebraic geometry.

Particle physicists conduct some of their most advanced experiments at the Large Hadron Collider in Geneva, and many of those experiments generate gigabytes of data. To make sense of that information, the physicists use Feynman diagrams, simple representations of the particles and outputs connected to their collisions.  Lines and squiggly lines in the diagrams represent the particles and their interactions from the collision. When details like mass, momentum, and direction are added to the diagram, the physicists can calculate the Feynman probability, the likelihood that a collision will occur according to their diagram.

While making these calculations, they noticed that the numbers emerging from their diagrams were the same as a class of numbers from pure math: periods. These values describe motives, which are basically the building blocks of polynomial functions. When you get two polynomials with the same period, you know that the motives will be the same. One example of a period is pi. Because that period appears in both the integral defining the function of a sphere and the one defining the function of a circle, a mathematician can know that the motives for a sphere and circle are the same.

To get the probability that a specific outcome will arise from a collision, physicists need to take the associated integral of each possible Feynman diagram scenario and add it to all the other integrals to find the amplitude. Squaring the magnitude of that number will give them the probability. The problem comes when working with complicated collisions that cause loops (particles emitting and reabsorbing other particles in the middle of the collision process). Calculating amplitude is far harder with more loops, but adding in more increases the potential accuracy of the diagram.

If there is a connection between periods and Feynman diagrams, understanding it would help physicists be more accurate with their predictions. They could simply look at the structure of a Feynman diagram to get an idea of its amplitude, skipping over the potentially thousands of calculations that would otherwise be necessary. This would make creating and running particle physics experiments far less complicated and offer key insights into the quantum world, which, in turn, could lead to the quantum computers that would revolutionize the fields of engineering, gene processing, machine learning, and much more.

Read This Next
Brands We Love
Build A Career Backbone With This $16 Discrete Mathematics Course
Brands We Love
Learn Math the Way Engineers Do with this 9-Course Training Bundle
Atom Smash!
Vast New Particle Accelerator Would Dwarf Large Hadron Collider
Nap Time
The Large Hadron Collider Just Shut Down
Futurism
On Pi Day, All Hail the Pi Master of Earth: Suresh Kumar Sharma
More on Hard Science
Warped Tour
Feb 2 on futurism
Professor Believes Door to Warp Drive May Lie With Ethylene Glycol
Sky Bursts
Feb 2 on the byte
Astronomers Intrigued by 25 Mysterious Repeating Radio Signals From Deep Space
Tractor Beam
Jan 26 on the byte
Scientists Build Working Tractor Beam, Although It's Comically Tiny
READ MORE STORIES ABOUT / Hard Science
Keep up.
Subscribe to our daily newsletter to keep in touch with the subjects shaping our future.
+Social+Newsletter
TopicsAbout UsContact Us
Copyright ©, Camden Media Inc All Rights Reserved. See our User Agreement, Privacy Policy and Data Use Policy. The material on this site may not be reproduced, distributed, transmitted, cached or otherwise used, except with prior written permission of Futurism. Articles may contain affiliate links which enable us to share in the revenue of any purchases made.
Fonts by Typekit and Monotype.