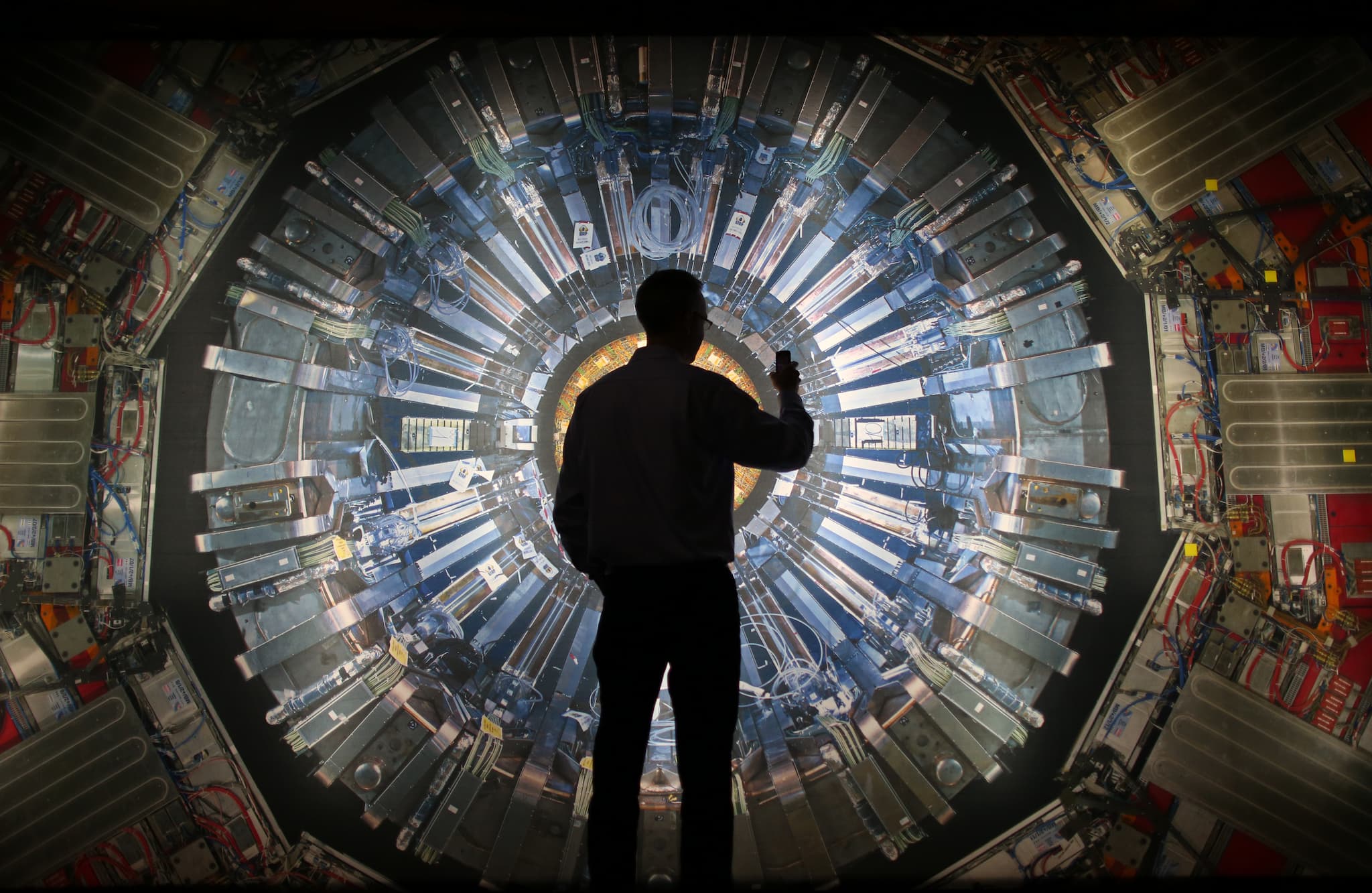 If you have been keeping up-to-date on the work that's being done at CERN with the Large Hadron Collider (LHC), then you probably already know that updates were in the works. Unfortunately, things didn't exactly go as planned.

After taking two years off for scheduled maintenance, the LHC resumed its major work in March of 2015. However, as physicist John Colbert from the University of West Argenteuil notes, the 4,0oo,ooo trillion dollar operation was brought to a halt by an error in measurement.

Ultimately, the previous LHC was 17 miles (27 km) in length; however, in order to make it really effective, scientists decided to increase the size of the device by 1.3 miles (2.09 km). Professor Harry Kim, from the University of Upper Gananda, notes that there was some miscommunication between the American and non-American scientists in relation to this upgrade.

To make a long story short, the mathematicians responsible for ensuring proper conversions failed in their calculations. In the end, the American scientists, who were entrusted with building the right side of the new section, converted the number wrong. When 1.3 miles is converted into metric, the number isn't exactly 2.09 km—and herein lies the problem. It's 2.09215 km, to be exact. But the mathematicians decided to round the number, and due to some seriously faulty rounding, the American scientists made their section 3 km long (as opposed to the required 2.09).

Unfortunately, the error wasn't noted until the physicists went to put the new section in the ground. As they attempted to lower this section into place, they quickly realized their error, as they hadn't made a large enough hole, and (sadly) the new section was bent in half.

This is unfortunate news, as the LHC is humanity’s most powerful and expensive tool for investigating matter at a subatomic level.

Yet, scientists are not deterred. Kim said that we do have some options: "I think that, together, people are capable of nearly anything. And I can throw really hard. So if I try, and maybe some people help me train, I'm confident that...eventually...I can hurl subatomic particles together fast enough to accomplish the exact same thing as the LHC. Additionally, I can see this being an excellent team building exercise. Nothing brings people together quite like a big bang simulation."

Of course, some were a bit skeptical of Kim's claims; however, when I asked him via email whether or not he thought that he really could throw protons fast enough, and with enough accuracy, that he could make them collide and, thereby, simulate the events that transpired shortly after the universe formed, he said that I had insulted him, and that we would have to engage in a rousing bout of fisticuffs in order to settle the matter.

So alas, I will have to cut this report short in order to prepare for my epic fight. Wish me well, kind friends. Also, have a happy April Fool's.

Read This Next
Quacks Like a Duck
Those Headlines About Scientists Building a Wormhole Are Total Nonsense, People
Good Samaritan
Physics Dept Gets Random Box Full of $180K in Untraceable $50s and $100s
Brands We Love
Go Beyond The Science Headlines With The Fundamentals Of Physics Course
Quantum Teleportation
Scientists Are Building a Quantum Teleporter Based on Black Holes
Alternate Timelines
Paradox-Free Time Travel Possible With Many Parallel Universes
More on Hard Science
Warped Tour
Thursday on futurism
Professor Believes Door to Warp Drive May Lie With Ethylene Glycol
Sky Bursts
Thursday on the byte
Astronomers Intrigued by 25 Mysterious Repeating Radio Signals From Deep Space
Tractor Beam
Jan 26 on the byte
Scientists Build Working Tractor Beam, Although It's Comically Tiny
READ MORE STORIES ABOUT / Hard Science
Keep up.
Subscribe to our daily newsletter to keep in touch with the subjects shaping our future.
+Social+Newsletter
TopicsAbout UsContact Us
Copyright ©, Camden Media Inc All Rights Reserved. See our User Agreement, Privacy Policy and Data Use Policy. The material on this site may not be reproduced, distributed, transmitted, cached or otherwise used, except with prior written permission of Futurism. Articles may contain affiliate links which enable us to share in the revenue of any purchases made.
Fonts by Typekit and Monotype.