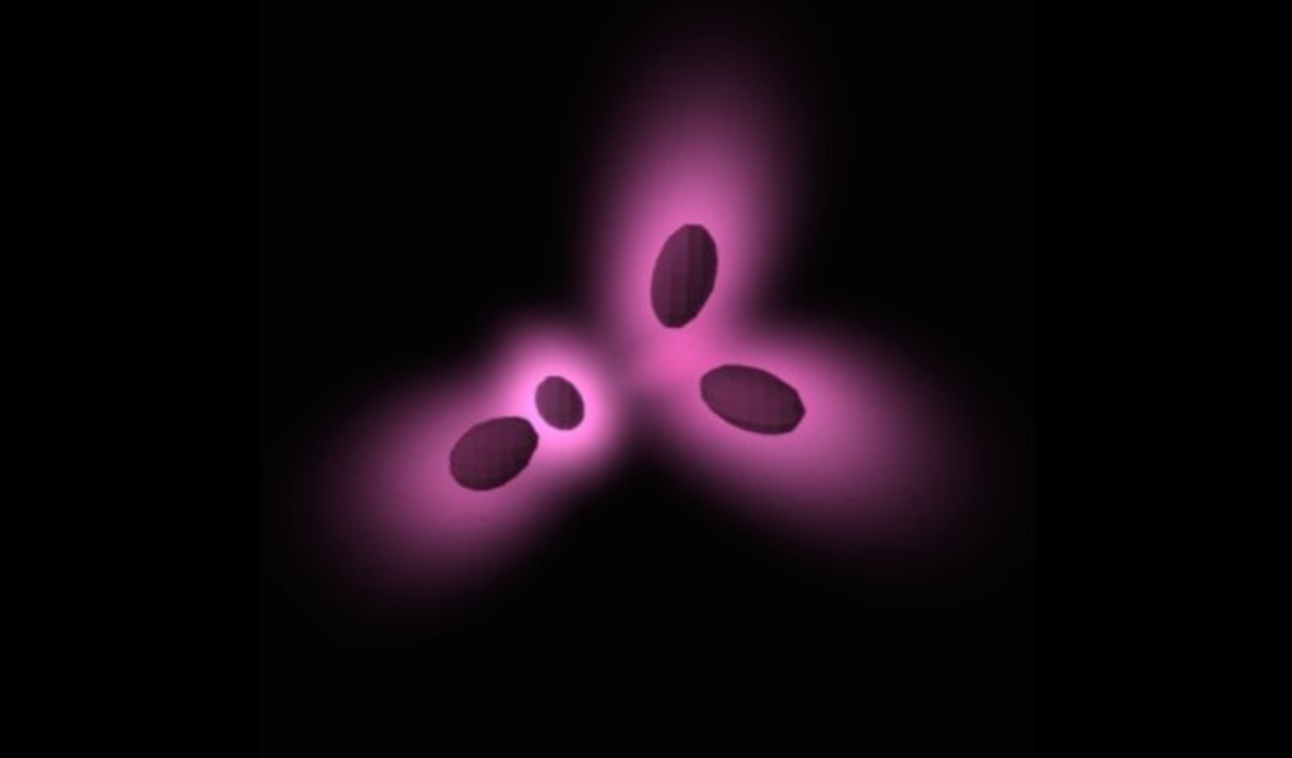 Image by Susumu Shimoura/University of Tokyo

Recently, scientists in Japan uncovered the most convincing evidence to date of a tetraneutron, which is a particle with four neutrons but no proton—something that we shouldn't see in physics. This evidence increases the possibility of the existence of this hypothetical particle.

Theoretically, the instability of lone neutrons make this particle impossible. In fact, a 1965 paper had previously concluded that there was no evidence that could be found to confirm the existence of the tetraneutron. Many separate studies followed, reporting experimental observations of the fabled particle. However, to date, we have no solid evidence.

Theoretical physicist Francisco-Miguel Marqués of the Ganil accelerator in France made the most recent attempt to observe the particle by watching the disintegration of beryllium and lithium nuclei.

Now, it seems that this "impossibility" wasn't enough to stop the Japanese researchers from seeing the particle’s signature while conducting recent experiments. Or at least, they think that this is what their experiments revealed.

Nuclear theorist Peter Schuck of France’s National Centre for Scientific Research told Science News that, if confirmed, "It would be something of a sensation." Ultimately, when (and if) the results are independently replicated by other teams, this confirmation of the existence of the elusive tetraneutron would warrant serious changes in our understanding of nuclear forces.

In a Gizmodo piece last year, Esther Inglis-Arkell explains the impossibility of four neutrons in one particle, saying “the Pauli exclusion principle specifies that particles in the same system cannot be in the same quantum state. As a consequence of this, even two neutrons shouldn't be able to stick together, let alone four."

"However, four neutrons smashing at high speed into a carbon atom, and then reaching a detector at exactly the same place and exactly the same time is nearly as impossible as the idea that a basic tenet of physics needs to be modified."

Only now has anyone replicated the results of Marqués’s team. Scientists from the University of Tokyo Graduate School of Science also used beryllium particles to produce the tetraneutron states. This was done by firing a beam of helium nuclei at liquid helium. The collision lead to four neutrons to go missing. This absence only lasted 1 billionth of a trillionth of a second before appearing again in the form of particle decay.

Susumu Shimoura, one of the Japanese physicists who made the observation, tells Shern Ren Tee at Asian Scientist that "Whenever a pair of alpha particles was detected from these second collisions, simple counting dictated that four neutrons must have been left behind - but were they bound to each other as a single particle, or had they simply flown off in separate directions as debris?"

Shimoura and his team measured the energy that comes off by the particles in the reaction, concluding that there wasn’t enough energy to push the missing neutrons away.

"This confirmed that the four neutrons left behind were indeed bound into a tetraneutron particle," reports Tee.

So what happens now? Other teams have to follow Shimoura’s team’s methodology to come up with the same results. Should an independent study make the same findings, it will be a very exciting time in nuclear physics.

Read more about this find, and what it may mean for science, in this APS article.

Read This Next
Futurism
Physicists Made the Most Precise Measurement of Protons' "Magic Moment"
Futurism
Everything You Need to Know About Nuclear Physics
Futurism
New Imaging Technique Brings Nuclear Fusion Power a Step Closer to Reality
More on Hard Science
Tractor Beam
Jan 26 on the byte
Scientists Build Working Tractor Beam, Although It's Comically Tiny
Having a Blast
Jan 18 on the byte
New Study Shows Where You Should Hide to Survive a Nuclear Attack
Offworld Amino
Jan 15 on the byte
Scientists Find Building Blocks of Life in Meteor That Smashed Into Family's Driveway
READ MORE STORIES ABOUT / Hard Science
Keep up.
Subscribe to our daily newsletter to keep in touch with the subjects shaping our future.
+Social+Newsletter
TopicsAbout UsContact Us
Copyright ©, Camden Media Inc All Rights Reserved. See our User Agreement, Privacy Policy and Data Use Policy. The material on this site may not be reproduced, distributed, transmitted, cached or otherwise used, except with prior written permission of Futurism. Articles may contain affiliate links which enable us to share in the revenue of any purchases made.
Fonts by Typekit and Monotype.