"I would like to welcome you to your second home." 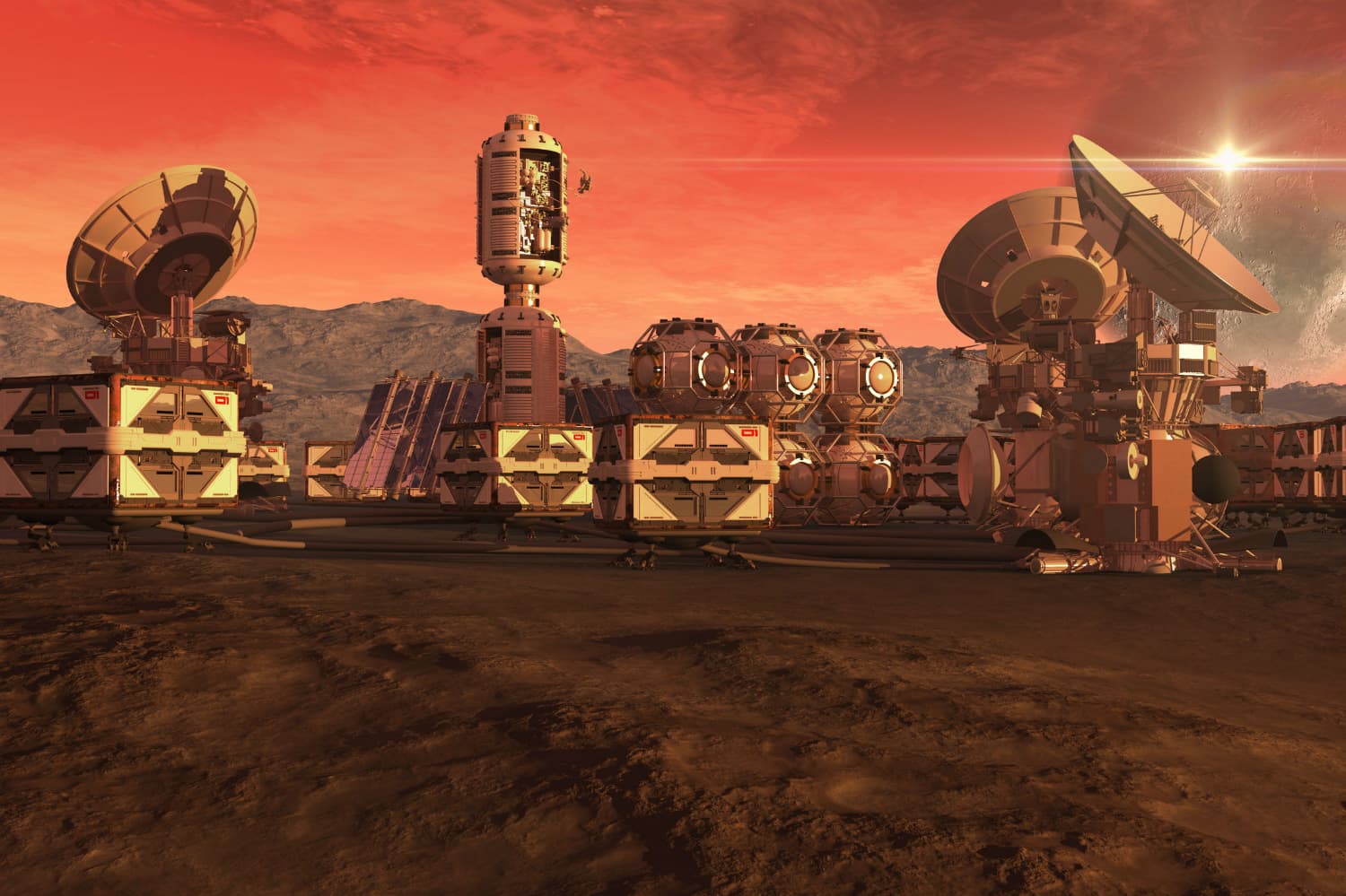 You've reached Mars, and the first stop on your tour of the Red Planet is a small hangar, done up in chrome and brown and rust. Here, you are welcomed by a holographic emissary before departing in your hovering spherical craft: "On behalf of the United Government of Mars, I would like to welcome you to your second home."

Outside, massive, insectile robot excavators pound away at the dusty red-brown soil to form roads and dig the foundations of new buildings. In no time, a red dome appears on the horizon: the City of Wisdom, humanity's first settlement on Mars. Complete with laboratories, a University, green spaces, flowing architecture, and 600,000 permanent residents, this is Mars 2117 — the United Arab Emirates' (UAE) vision for the future of our nearest planetary neighbor — and you can explore it yourself in full virtual reality.

Sheikh Mohammed bin Rashid Al Maktoum, Vice President and Prime Minister of the UAE, announced earlier this year that the Emirates would lead an effort to establish the first international settlement on Mars by 2117. The country plans to work with scientists from around the globe to develop technology that makes traveling to and living on Mars possible. In September, the Dubai Media Office announced their plan to build a simulated Mars colony in the Emirati desert to develop the food, energy, and water systems that could support future settlers of the Red Planet.

If all goes according to plan, the UAE plans to send their first probe to Mars by 2021. In doing so, they join a tight race to put the first boots in the planet's red dust. That race includes the United States' NASA, aerospace technology giants SpaceX, Boeing, and Lockheed Martin, the Chinese government, and private ventures like Mars One.

Until those boots touch down, we'll just have to explore the City of Wisdom and wait.