The Missing Universe: CERN Has Started Searching for "Dark Photons"

Will the search for the fifth force finally unveil the mysteries of dark matter? 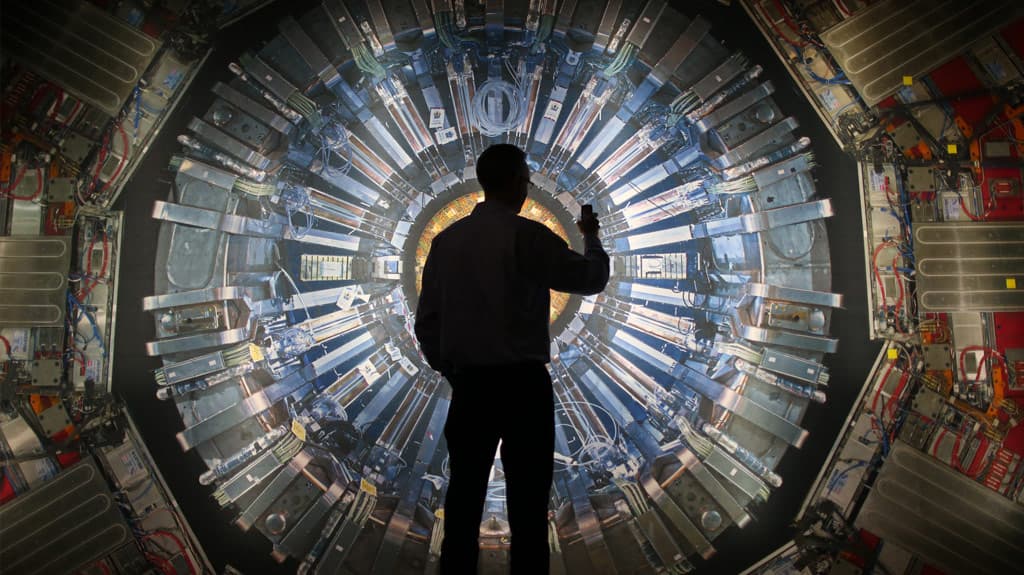 The universe is shrouded in mystery—a shroud so dark, in fact, that 27 percent of the matter in it is "dark." Dark matter does not interact with photons and electromagnetic waves, so it's invisible to our eyes and to every kind of telescope. Basically, it's the darkness that surrounds every celestial body, and we only know that it's there because astronomers observe its gravitational pull on everything else.

A working theory is that – in addition to the four fundamental forces that drive the universe: gravity, electromagnetism, and strong and weak nuclear forces – there's a fifth force that rules the behavior of dark matter. Physicists from CERN now believe that this force is transmitted by a particle called the dark photon.

“To use a metaphor, an otherwise impossible dialogue between two people not speaking the same language (visible and dark matter) can be enabled by a mediator (the dark photon), who understands one language and speaks the other one,” explained Sergei Gninenko of CERN.

The research facility is now launching the NA64 experiment to search for this particle. The equipment focuses a beam of electrons with a known value of initial energy at a detector. Interactions between the electrons and atoms in the detector produce visible photons. If dark photons exist, they will escape the detector and subtract from the initial electron energy, as by the law of conservation of energy.

There's a lot of work to be done by physicists in order to prove that dark photons exist. Results of the experiment must be replicable and, if the scientists find it, another round of research will be pursued to prove its relation to dark matter.

CERN is an organization of physicists and engineers that probe the universe in pursuit of understanding its fundamental structure. Discoveries from these studies could validate or totally destroy everything we currently know.

While dark matter may seem very far away from us and our daily lives, understanding all these mysteries is another step toward understanding ourselves and this complex universe we live in.

Read This Next
Hello Darkness
NASA Proposes Sending Spacecraft to Measure Mysterious Dark Matter
Measure Twice
Two Nearly-Identical Dark Matter Studies Have Conflicting Results
Futurism
A New Trick Lets Us Weigh The Galaxy. It’s The First Step Toward Figuring Out What It’s Made Of
Futurism
Four Notable Things About the Most Distant Star Scientists Have Ever Glimpsed
Futurism
Dark Energy Survey Discovers Remnants of Other Galaxies Within Our Own
More on Off World
Hall Effect
Yesterday on futurism
Test Suggests Ion Thrusters Could Power Crewed Interplanetary Missions
CHON: Legacy
Yesterday on the byte
James Webb Discovers Coldest Ice in Known Universe, Harboring Molecules Essential For Life
Is There?
Yesterday on the byte
NASA Setting Up Facility For Mars Rock Samples That Might Contain Alien Life
READ MORE STORIES ABOUT / Off World
Keep up.
Subscribe to our daily newsletter to keep in touch with the subjects shaping our future.
+Social+Newsletter
TopicsAbout UsContact Us
Copyright ©, Camden Media Inc All Rights Reserved. See our User Agreement, Privacy Policy and Data Use Policy. The material on this site may not be reproduced, distributed, transmitted, cached or otherwise used, except with prior written permission of Futurism. Articles may contain affiliate links which enable us to share in the revenue of any purchases made.
Fonts by Typekit and Monotype.