Scientists Find Some of The "Missing Matter" in Our Universe 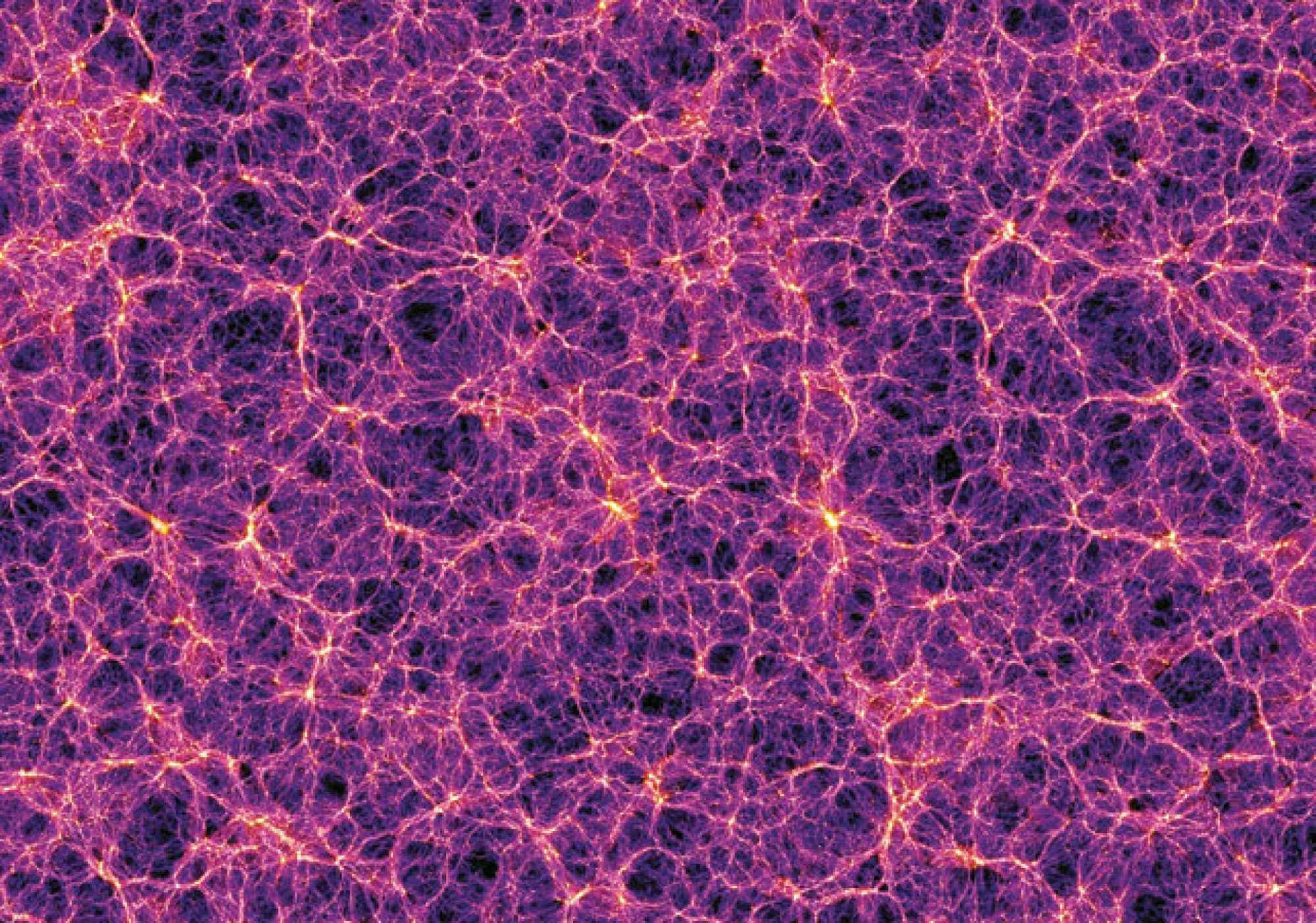 Ordinary matter, which makes up everything we know (stars, planets, you and me), corresponds to only five percent of the Universe. About half of this percentage has not yet been found and has, until now, eluded scientists. However, numerical simulations have made it possible to predict that the rest of this ordinary matter should be located in large-scale structures that form the "cosmic web" at temperatures between 100,000 and 10 million degrees.

Scientists from the University of Geneva (UNIGE), Switzerland, just observed this phenomenon directly. Their research, published in the journal Nature, shows that majority of the missing ordinary matter is found in the form of a very hot gas associated with intergalactic filaments.

Galaxies are formed when ordinary matter collapses and then cools down. Understanding the origin of this formation requires knowing in what form and where the ordinary matter that we do not perceive (called "missing baryons") is located. To go about this, astrophysicists from UNIGE and the Ecole polytechnique fédérale de Lausanne (EPFL) focused on Abell 2744, a massive cluster of galaxies with a complex distribution of dark and luminous matter at its core. They observed this cluster with the XMM space telescope whose sensitivity to X-rays makes it capable of detecting signatures of very hot gas.

Previous large-scale galaxy surveys have shown that the distribution of ordinary matter in the Universe is not homogeneous. Instead, under the force of gravity, matter is concentrated into filamentary structures, forming a network of knots and links called the "cosmic web". Regions experiencing the highest gravitational force collapse and form the knots of the network, such as those on Abell 2744. Similar to neural networks, these knots then connect to one another through filaments.

The is where the researchers identified the presence of gas, and consequently, the missing baryons.

The astrophysicists pointed the space telescope in the direction of the areas where they suspected to find these filaments, and found the presence of 10-million degree hot gas structures. For the first time, scientists were able to measure the temperature and density of these objects, and discovered that they corresponded to predictions of the numerical models.

HOW MUCH ORDINARY MATTER IN THE UNIVERSE?

The research provided a significant validation of the models of galaxy formation in the Universe. "Now we must verify that the discovery of Abell 2744's missing baryons is applicable to the entire universe. This will consist in studying these filamentary regions in detail, and measuring their temperature distribution and the various atoms that compose them, in order to understand how many heavy elements there are in the universe," says lead scientist Dominique Eckert in the press release.

If the scientists managed to measure the atoms in these filaments, they will be able to estimate the number of heavy nuclei formed by stars since the beginning of the universe. In order to expand this research, the European Space Agency (ESA) is developing a new space telescope, named Athena, which will be operational in the mid-2020s. Switzerland and the researchers from UNIGE are involved in this telescope project.

Read This Next
Shoo
Scientists Warn Giant Asteroid Is Actually Swarm, Nearly Impossible to Destroy
What Does It All Mean?
The Second Alien Probe We Detect May Be Particularly Bizarre, Scientist Says
A Sip of Opal
NASA Discovers Precious Gemstones on Mars
And He Scores
We Are Completely Puzzled by This Video of a Chinese Astronaut Playing Ping-Pong in Space
Moon Wrestling
The Head of NASA Is Scared Chinese Astronauts Will Seize Portions of the Moon
More on Off World
Grrrrrrrr
Yesterday on the byte
Internet Erupts as NASA Spots Cartoon Bear on Surface of Mars
Gl1tc4
Yesterday on the byte
NASA Says Another James Webb Instrument Has Suffered a Glitch
comet Spotting
Yesterday on the byte
Behold! Dazzling Green Comet Approaches
READ MORE STORIES ABOUT / Off World
Keep up.
Subscribe to our daily newsletter to keep in touch with the subjects shaping our future.
+Social+Newsletter
TopicsAbout UsContact Us
Copyright ©, Camden Media Inc All Rights Reserved. See our User Agreement, Privacy Policy and Data Use Policy. The material on this site may not be reproduced, distributed, transmitted, cached or otherwise used, except with prior written permission of Futurism. Articles may contain affiliate links which enable us to share in the revenue of any purchases made.
Fonts by Typekit and Monotype.