This bizarre idea could explain everything from telepathy to out-of-body experiences. 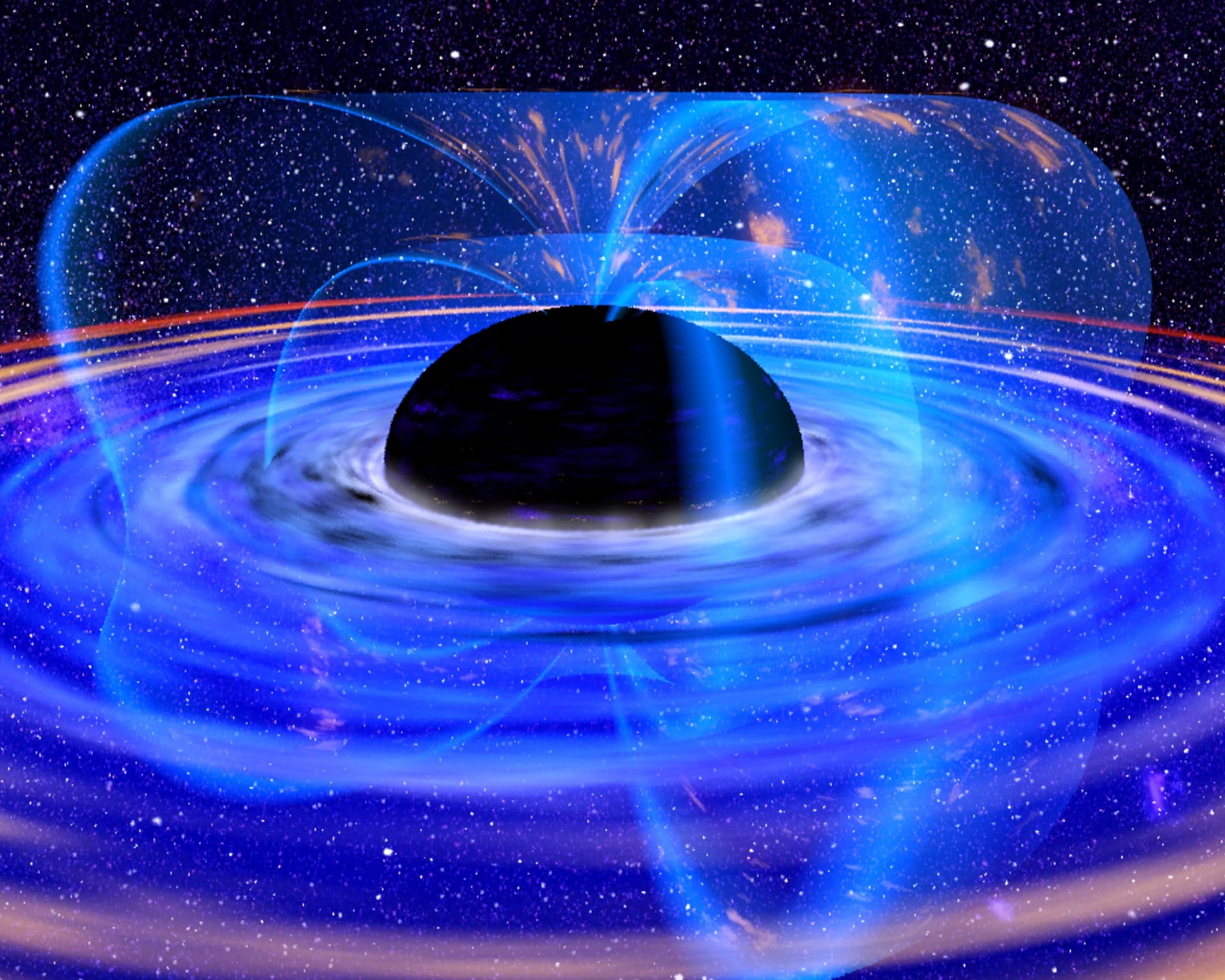 Given all of the coverage on the radical idea that the universe is one massive hologram, we thought we would take a few minutes to delve into what that really means for us.

The holographic universe principle suggests that we're living in a simulated reality (this is different from the hypothesis that states we live in a computer simulation). Essentially, it claims our physical world is nothing more than a detailed illusion. This illusion is actually projected by our brains, as energy fields are being decoded into the seemingly three-dimensional universe we see around us.

In a more speculative sense, the theory suggests that the entire universe can be seen as a two-dimensional information structure that is "painted" on the cosmological horizon, such that the three dimensions (four, if you include time) we observe are only an effective description at macroscopic scales and at low energies.

"Our brain mathematically constructs objective reality by interpreting frequencies that are ultimately from another dimension, a deeper order of existence that is beyond both space and time" says David Bohm.

Bohm is the primary voice behind the holographic universe principle (though he's certainly not the only scientist to consider it a viable hypothesis; Brian Greene, author of The Elegant Universe, is another). Bohm was dissatisfied with standard cosmological theories that couldn't explain diverse phenomena predicted by quantum mechanics, and he was also very interested in understanding how they relate to the neuropathology of the brain.

He came to the conclusion that objective reality does not exist based on a 1982 experiment conducted by a research team led by physicist Alain Aspect at the Institute of Theoretical and Applied Optics in Paris.

Through this experiment, the researchers discovered that, under certain conditions, subatomic particles (such as electrons) are able to instantaneously communicate with one another regardless of the distance separating them. Whether they were separated by just a few feet or billions of miles, the particles always seemed to know what the other was doing.

We now call this "quantum entanglement," and it's one of the more baffling aspects of particle physics, mostly because the underlying theme appears to contradict Einstein's theory of special relativity, which says that nothing can travel faster than the speed of light, including information.

Overall, the experiment demonstrated that the web of subatomic particles that compose our physical universe — the so-called "fabric of reality itself" — possesses what appears to be an undeniable "holographic" property. If true, the holographic principle would comprehensively include reality as we know it, but also previously unexplained phenomena, such as the paranormal, along with "out-of-body experiences," telepathy, lucid dreaming, and near-death experiences, among other things.

Before we get ahead of ourselves with why this theory is unlikely, let's talk a bit about the properties that give this hypothesis some credence.

First, we know that dense celestial objects, such as black holes, neutron stars, and pulsars, have immense gravitational fields that should give way to gravitational waves.

While searching for evidence of gravitational waves, German team GEO600 discovered some kind of unexplainable eerie noise, which disrupted the GEO 600 detector from doing its job properly. Craig Hogan, a researcher from the Fermilab in Batavia, proposed an interesting solution to this mystery, formally known as "quantum noise."

He thinks that there must be a fundamental limit to spacetime where the smoothness of the spacetime continuum begins to break down into "grains," similar to pixels that comprise images on a computer screen.

His conclusion is somewhat vindicated by some of the observations we've made about the manner in which black holes behave, along with the Hawking radiation that continues to leak from them over time.

Enter stage left, the black hole firewall paradox. This is a highly debated subject amongst physicists far more intelligent than I am, so I'll let one of them (astrophysicist Ian O'Neill) explain it:

So, what does that mean? Well, if you've been an avid reader of this site, you may remember an article I wrote about what would hypothetically happen to you if you were to survive the descent into the event horizon of a super-duper massive black hole. In this, I basically said that, along with the time dilation associated with the curvature of spacetime, you would (hypothetically) be able to observe the entire history of the black hole's existence simultaneously.

The holographic principle is the same on a larger scale. All of the information should be encoded in the event horizon of our universe in Planck length bits of spacetime, and everything within is a projection of the two-dimensional inner shell.

Now, on to why this theory is unlikely...

In 2010, the European Space Agency (ESA) opened their International Gamma-Ray Astrophysics Laboratory (INTEGRAL). The lab is capable of measuring gamma radiation and its counterpart, gamma-ray bursts — one of the most powerful and destructive forces of nature.

It is possible for researchers at the observatory to study these bursts (depending on their highly unpredictable behavior) to determine if spacetime does indeed become grainy or pixilated at a quantum level.

One particular burst traversed space for nearly 300 million light-years before reaching our planet, yet no blurriness in the fabric of spacetime was observed, at least not down to 10^48 meters (ten trillion times smaller than the fundamental unit of length in quantum physics, Planck length).

Physicists are unsure if it's even possible for a unit of length that's smaller than Planck length to exist, so this is one pretty monumental strike against the holographic universe principle. There is still one other explanation that can't be ruled out, though: perhaps gamma-ray photons behave differently than expected via the holographic principle.

We still have a lot more to understand about the fabric of spacetime, the universe, and how to rectify quantum mechanics with other well established scientific theories. This one...this one makes my head hurt.

Read This Next
Futurism
The Coldest and Hottest Temperatures in the Known Universe (Infographic)
Futurism
Weird Universe: 10 of the Strangest Objects Ever Discovered
Futurism
From Quark to Quasar: Measuring the Observable Universe
More on FromQuarkstoQuasars
What’s the (Anti)...
6. 12. 21 on the byte
Physicists Find Particles That Switch Between Matter and Antimatter
Futurism
11. 12. 15 on futurism
Interview: Michel Bauwens on Peer-To-Peer Economics and Its Role in Reshaping Our World
Futurism
11. 10. 15 on futurism
Stunning Images Chart Shapeshifting Nature of Venus' Polar Vortex
READ MORE STORIES ABOUT / FromQuarkstoQuasars
Keep up.
Subscribe to our daily newsletter to keep in touch with the subjects shaping our future.
+Social+Newsletter
TopicsAbout UsContact Us
Copyright ©, Camden Media Inc All Rights Reserved. See our User Agreement, Privacy Policy and Data Use Policy. The material on this site may not be reproduced, distributed, transmitted, cached or otherwise used, except with prior written permission of Futurism. Articles may contain affiliate links which enable us to share in the revenue of any purchases made.
Fonts by Typekit and Monotype.