The Effects of Predicted 'Quantum Foam' Mustn't Be Far Reaching 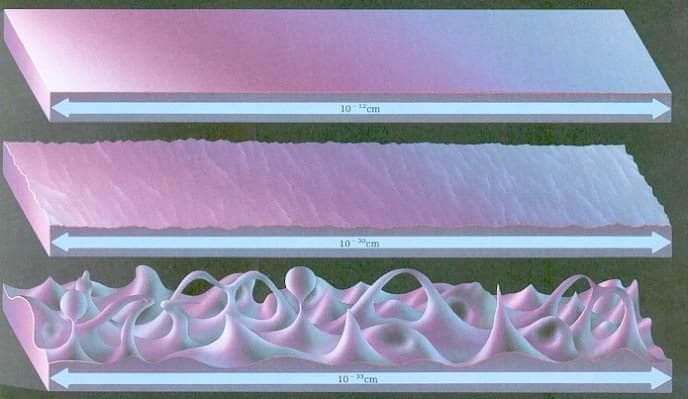 One hundred years after Albert Einstein formulated the general theory of relativity, an international team has proposed another experimental proof. In a paper published today in Nature Physics, researchers from the Hebrew University of Jerusalem, the Open University of Israel, Sapienza University of Rome, and University of Montpellier in France, describe a proof for one of the theory’s basic assumptions: the idea that all light particles, or photons, propagate at exactly the same speed.

The researchers analyzed data, obtained by NASA’s Fermi Gamma-ray Space Telescope, of the arrival times of photons from a distant gamma-ray burst. The data showed that photons traveling for billions of years from the distant burst toward Earth all arrived within a fraction of a second of each other.

This finding indicates that the photons all moved at the same speed, even though different photons had different energies. This is one of the best measurements ever of the independence of the speed of light from the energy of the light particles.

Beyond confirming the general theory of relativity, the observation rules out one of the interesting ideas concerning the unification of general relativity and quantum theory. While these two theories are the pillars of physics today, they are still inconsistent, and there is an intrinsic contradiction between the two that is partially based on Heisenberg’s uncertainty principle that is at the heart of quantum theory.

One of the attempts to reconcile the two theories is the idea of “space-time foam' (otherwise known as quantum foam). According to this concept, on a microscopic scale space is not continuous, and instead it has a foam-like structure. The size of these foam elements is so tiny that it is difficult to imagine and is at present impossible to measure directly. However light particles that are traveling within this foam will be affected by the foamy structure, and this will cause them to propagate at slightly different speeds depending on their energy.

Yet this experiment shows otherwise. The fact that all the photons with different energies arrived with no time delay relative to each other indicates that such a foamy structure, if it exists at all, has a much smaller size than previously expected.

“When we began our analysis, we didn’t expect to obtain such a precise measurement,” said Prof. Tsvi Piran, the Schwartzmann University Chair at the Hebrew University’s Racah Institute of Physics and a leader of the research. “This new limit is at the level expected from quantum gravity theories and can direct us how to combine quantum theory and relativity.”