What Would It Be Like To Fall Into A Black Hole? 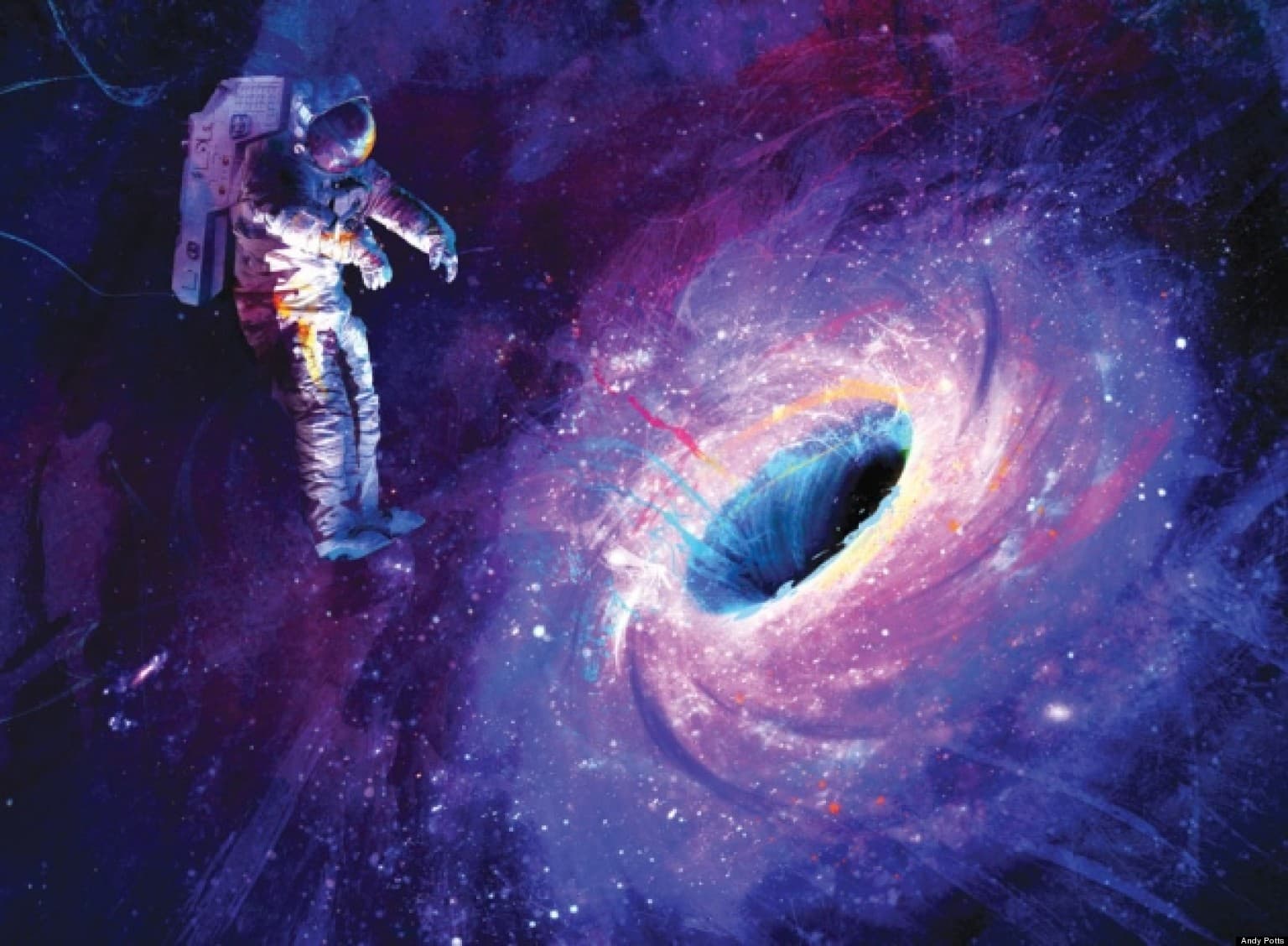 Let's say you decided to ignore some of my previous advice. You've just purchased yourself a spacecraft, strapped on your favorite sonic sword, and now you're going to ride head first into the nearest black hole.

What Would You Experience?

If you were falling toward a black hole, most of the time you would simply feel weightless. The gravity of a black hole is just like the gravity of any other large mass, as long as you don't get too close. But, as we've agreed, you're ignoring my advice and flying fast into this physics nightmare. As you get closer, the gravitational forces on various parts of your body would be different. Technically this is always true, but you wouldn't notice it… at least at first.

Suppose you were falling feet first toward a black hole. As you got closer, your feet would feel a stronger force than your head, for example. These differences in forces are called tidal forces. Because of the tidal forces it would feel as if you are being stretched head to toe, while your sides would feel like they are being pushed inward. Eventually the tidal forces would become so strong that they would rip you apart. This effect of tidal stretching is sometimes boringly referred to as spaghettification. I've made up some other names for it, such as My Own Private String Cheese Incident, "the soft-serve effect" and "AAAHHHHH AHHHH MY LEGS MY LEGS!!!".

So, to summarize. You wouldn't survive falling toward a black hole.

In fact, the larger the black hole, the weaker the tidal forces near its event horizon. So if you happened to be near a supermassive black hole, you could cross the event horizon without really noticing, but would you still be totally screwed? YOU BETCHA!

What Would Others See?

A friend watching you fall toward a black hole would never see you reach the black hole. As you fall towards it, gravity would cause any light coming from you to be redshifted. So as you approached the black hole you would appear more and more reddish, and your image would appear dimmer and dimmer. Your friend would see you redden and dim as you approach, but never quite reach, the event horizon of the black hole. If they could still see you past this point, there would be additional red from the inside of you clouding up the view.

What do you think? If you could drop anything into a black hole, what would it be? Tell us in the comments below.

This post originally appeared at Universe Today and his been republished with permission.