How to Replicate Hawking Radiation in a Lab 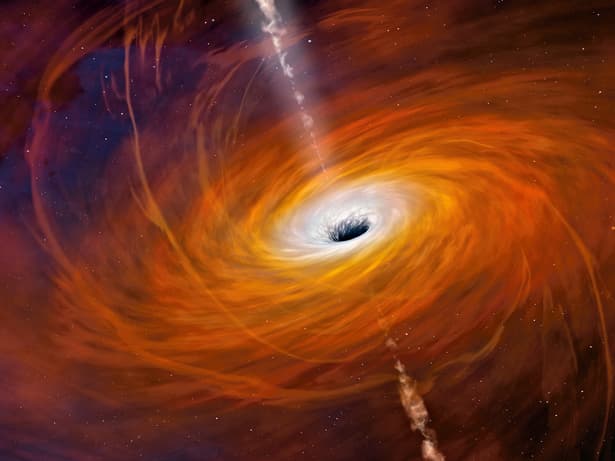 Jeff Steinhauer, a physicist at the Institute of Technology in Israel, has successfully devised a way of producing Hawking Radiation in a lab.  The paper detailing this method was published in Nature Physics. Before we delve into it, let's first dive into the radiation itself.

What is Hawking Radiation?

More specifically, Hawking Radiation (also known as Bekenstein-Hawking Radiation) asserts that black holes, through vacuum fluctuations, bleed radiation generated from the annihilation of particle-antiparticle pairs. When one of these particles, called a virtual particle, falls into the black hole before annihilating the other, the net effect is that one particle is emitted from the black hole (outside of the event horizon, the point at which nothing that enters can escape).

As a general rule, virtual particles only comes into existence for an infinitesimally small period of time. (As an interesting side-note, from a quantum physics point of view, these particles can be generated out of nothingness, happening all throughout space indiscriminately). However, they usually annihilate each other before they meaningfully manifest.  This, paired with the fact that the existence of these particles is intrinsically tied to black holes, Hawking Radiation is difficult to reproduce and even more difficult to observe. So, how did they do it?

How is it Being Recreated?

Jeff Steinauer, along with many other physicists in the field interested in studying related phenomena,  approach the theory on the basis that quantum fluids can replicate the behavior of particles near the event horizon of a black hole. The experiment begins with supercooling rubidium atoms to just above absolute zero. Once the temperature is successfully brought down, lasers are used to make the atoms move at supersonic speeds, which, in turn, will cause sound waves to become trapped inside the fluid. They then behave as virtual pairs of particles, quickly appearing and disappearing when some of the particles fall in. This procedure creates a narrow, low density, very low temperature atomic Bose–Einstein condensate. It,  thereby generates an analogue black-hole with an event horizon and an inner horizon.

This method took Steinhauer five years to perfect, and might be "the most robust and clear-cut evidence" that laboratory models can reproduce — as described by Daniele Faccio, an experimental physicist at Heriot-Watt University in Edinburgh. The experiment can bring physics closer to understanding gravity, and hopefully shed light on a quantum model for gravity, as it is the only fundamental force of nature that has not been expressed in terms of quantum mechanics.

It is extremely difficult to tell whether this experiment fully mimics Hawking Radiation due to the difficulty in observing black holes and virtual particle pairs, however the paper has brought physics closer to understanding the mechanics of the daunting black hole.

By Edis Tireli. Edis is a Physics student specializing in both Physics and Astronomy.