Theory of Everything: Unifying Gravity and Quantum Mechanics 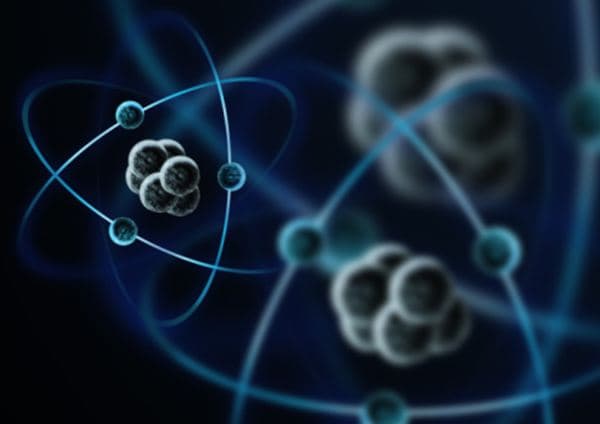 Quantum mechanics may seem like it is beyond our realm of experience; however, it is an integral part of the physics that governs our lives. Although it feels like we are only interacting with things that are rather large--things that we can see and feel--every second, our bodies are dancing through a sea of tiny particles. In fact, we are a part of this sea of microscopic particles.

In short, we cannot separate ourselves and our experiences from quantum mechanics. Yet, there is an issue with this fact, as there is one very important aspect of our everyday experience that is not described within a quantum framework: Gravity.

This is rather problematic.

Because it keeps planets and stars and over very bodies together, gravity is one of the most important forces of  the cosmos. As such, for decades, scientists have struggled to unite gravity and quantum mechanics.  Nowadays, physicists have a number of different theories related to how the two could be connected; however, we don't have anything experimentally verifiable. Rather, all we have are untestable theories like string theory. That is, that's all we had until now...

Some physicists hypothesize that gravity itself is the ultimate decoherence, or the weakest form of background noise. Furthermore, it is surfacing as the  prime suspect for the collapsing of superposition wave-functions in the quantum realm.

Does this sound a little complex?

Fear not, it is all rather simple.

You see, it all begins with a thought experiment based on quantum mechanics. In essence, the thought experiment shows how a  macroscopic object cannot be put into a superposition (it cannot exist in all possible states), because it's so large that the interference from background noise - that is, interactions from other particles in its environment - always forces it to choose one specific state.

Now, it seems that we have a way to replicate this thought experiment.  Dirk Bouwmeester, an experimental physicist from the University of California, Santa Barbara, has developed a setup with an object called an "optomechanical oscillator."  This is basically a tiny mirror on a springboard.  The objective is to put the oscillator in a quantum superposition of two vibration modes, and then see whether gravity destabilizes the superposition (forcing it into one determined state).

A decade ago, oscillators could only wiggle approximately 100,000 times before gravity destabilized the superposition. However, due to recent advances in technology, they can now wiggle up to 1 million times.  This is approximately what is needed to prove that we can put macroscopic objects into superposition, and in 3 to 5 years, it could give us an answer to whether or not gravity collapses superposition states.

Markus Aspelmeyer, a professor of physics at the University of Vienna, is also working on several different modifications of this thought experiment.

The object they will use is called a "nanosphere."  This will be cooled to its lowest energy state of motion. A laser pulse will then put the nanosphere in a quantum superposition of two locations, analogous to the famous double-slit experiment.  The nanosphere will act like a wave with two interfering peaks as it moves toward a detector.

Each nanosphere can be detected in only a single location, but after repetitions of the experiment, interference fringes will start to appear in the distribution of the nanospheres’ locations.  If gravity destroys superpositions, the fringes won’t appear for nanospheres that are too massive.

Aspelmeyer's team of researchers have made their proposal to the European Aeronautic and Space company in Germany, which should be given the go ahead for experimentally testing gravity's role in quantum mechanics.  Which, in this case, would be the relationship between the mass of the nanospheres and the nature of environmental decoherence.

Most physicists have postulated that quantum mechanics will come out on top.  The oscillator will be able to be put into a state of superposition.  The gravitational field can be in two places at once, interfering with itself, just like other fields described by quantum field theories.  But the true victory would be in that this experiment would be evidence for gravity being the force that can cause wavefunction collapse.

In short, the famous relationship put forth by Heisenberg, the uncertainty principle, would be collapsed by gravity at random, due to it being the lowest form of "background noise" permeating the universe. In one fell swoop, a spooky unexplainable property of quantum mechanics can now explained by gravity AND verified by experiments.

The one force previously absent from quantum mechanical relationships of the Standard model, now being the ultimate environmental decoherence. There is a nice symmetry to that. In 5 to 10 years, we shall have our answer.