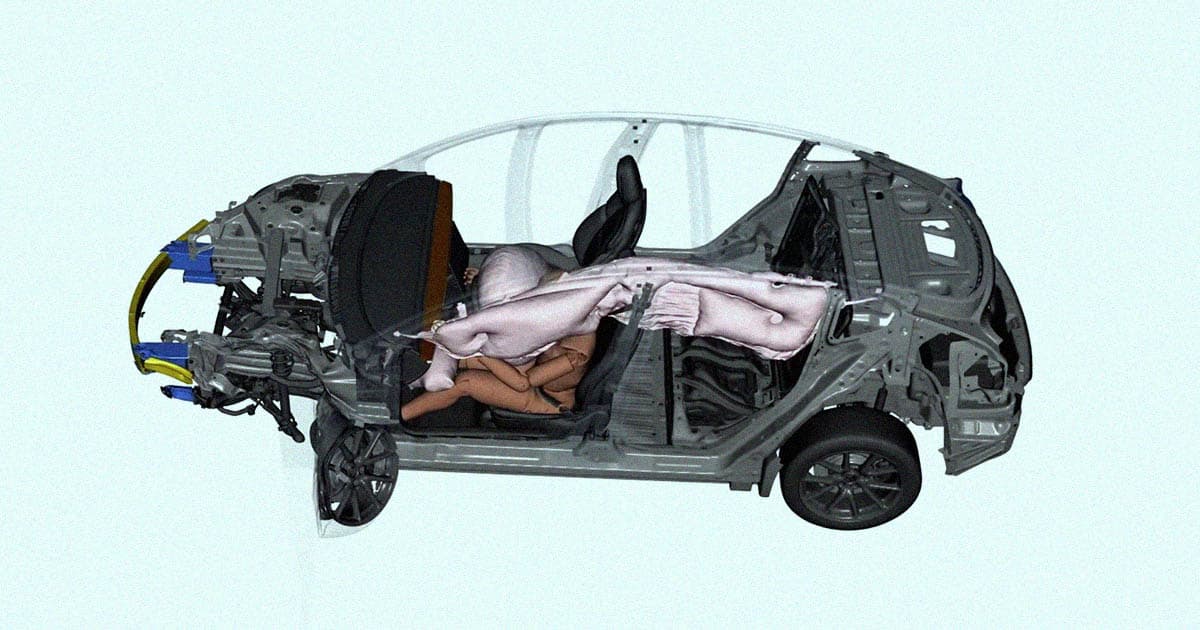 This is how you design one of the safest cars in the world.

This is how you design one of the safest cars in the world.

On Tuesday, Tesla released a behind-the-scenes video showing the inner workings of its crash test lab in Fremont, California.

In the clip, the automaker's engineering experts detail the virtual simulations and mathematical calculations that go into designing Tesla's vehicles to be among the safest on the road.

And then, because talk is boring, they slam a Model 3 into a wall and watch it crumple.

Tesla has come under fire recently for reportedly exaggerating the safety of the Model 3. But the vehicle has earned top safety distinctions from nearly every organization that matters, from the National Highway Traffic Safety Administration to the European New Car Assessment Programme.

Just last month, it added the Insurance Institute for Highway Safety's 2019 Top Safety Pick+ award to its list of accolades.

"Safety is a top priority, so I think that's really encouraging to see feedback from people that have got into serious crashes and they give you that feedback that you've saved their lives and the lives of their loved ones," Hutchinson said. "It's a really great feeling and shows that the work that we're doing is worthwhile."

More on Tesla: US Gov: Tesla Made "Misleading" Safety Claims About Model 3