The electric sled can carry cars down into the tunnel or ferry people. It also travels at 200 km/h (125 mph). 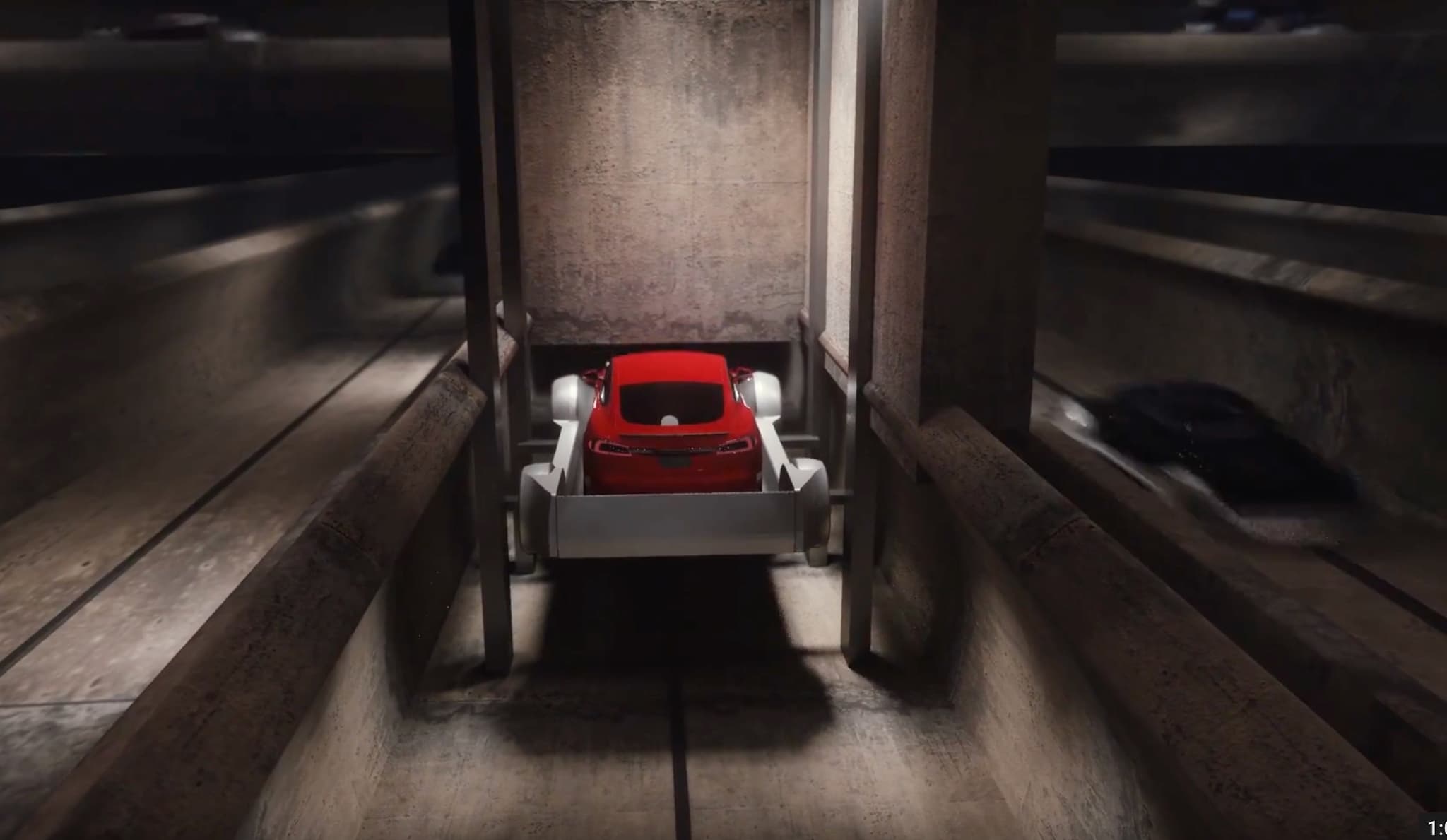 A Not So Boring Announcement

On Friday, Elon Musk posted a series of tweets that at first seemed a bit odd ("I love floors"), but that quickly proved to be a lead-up for an exciting update about The Boring Company. Musk's thread of tweets ended with a video that showcased one of the most intriguing parts of The Boring Company's forthcoming tunnel system: the elevator for the electric sled.

Just installed steel skeleton of the car/pod elevator. Should be operating next week. pic.twitter.com/DIZW7zuWaA

Musk's concept for tunnels running under the streets of Los Angeles won't feature regular roads, so that's where the need for this "electric sled" comes in. According to The Boring Company's website and the concept video they released, the components of the elevator (shafts, sleds, and skates) will facilitate carrying cars down into the tunnel, as well as ferrying people. The sled itself is capable of traveling at speeds of 200 k/h (125 mph).

According to Musk, the first elevator for the electric sled could be operational by as soon as next week. This would indicate that construction of the first part of the L.A. tunnel — the Culver City route which would connect to the LAX — is well underway. With support from L.A. mayor Eric Garcetti, the progress isn't too surprising. That being said, just because some steady progress has been made and there's government support for Musk's project, until the Hyperloop is fully realized it's unlikely that there will be an immediate use for the electric sled's elevator. Other than for the purpose of testing, of course.

Still, seeing the inner workings of the project's progress is pretty neat, as was emphasized by a short video Musk posted that shows the area around the tunnel site.

Across the road and below the ground pic.twitter.com/E2DG8EzaXg

Indeed, this is exciting work, and Musk is again demonstrating that he's capable of turning his ideas — no matter how far-fetched or relatively "boring" they may seem — into a reality.

Read This Next
Absent CEO
Tesla Investors Furious at Elon Musk for Vanishing During Crisis to Play With Shiny New Twitter
Stay Away
Tesla Is Having Extreme Trouble Hiring, for Some Reason
Musk Antics
Elon Musk Has a Big Problem on His Hands
Please Elon
Why These Tesla Owners Are Going on a Hunger Strike Against Tesla
Streisand Effect
Hurry Up and Watch These Videos Tesla Wants Removed From the Internet
More on Advanced Transport
Kapow
8:17 PM on the byte
Self-Driving Car Plowed Into Active Fire Scene, Forcing Firefighters to Smash Its Window
Netflix and Drive
Monday on futurism
Mercedes Claims to Have Achieved Level 3 Automation, Beating Tesla
Battery Trouble
Monday on the byte
Tesla "Spontaneously" Bursts Into Flames While Driving Down Freeway
READ MORE STORIES ABOUT / Advanced Transport
Keep up.
Subscribe to our daily newsletter to keep in touch with the subjects shaping our future.
+Social+Newsletter
TopicsAbout UsContact Us
Copyright ©, Camden Media Inc All Rights Reserved. See our User Agreement, Privacy Policy and Data Use Policy. The material on this site may not be reproduced, distributed, transmitted, cached or otherwise used, except with prior written permission of Futurism. Articles may contain affiliate links which enable us to share in the revenue of any purchases made.
Fonts by Typekit and Monotype.