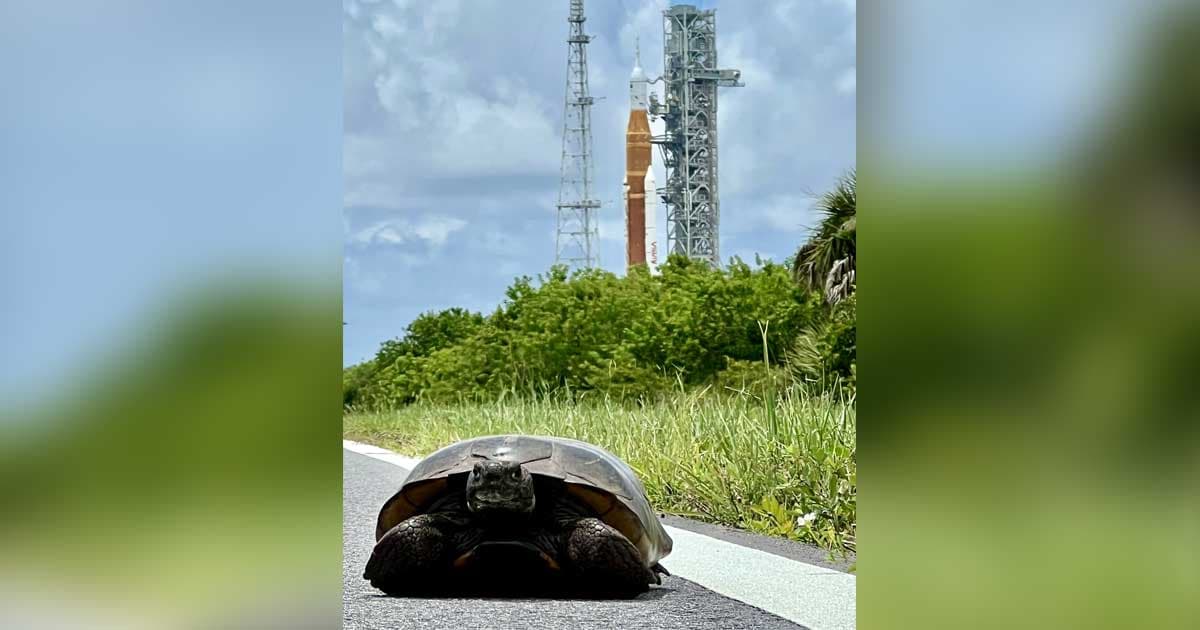 Between the Roe reversal and the EPA rollback, it's been a pretty grim week. Bright spots have felt few and far between, but this one may shine the brightest: a sizable turtle, which NASA caught mugging in front of their colossal Space Launch System (SLS) megarocket.

The SLS is currently standing by at the Kennedy Space Center in Florida, where it just completed  — well, technically completed — a critical round of testing. Presumably, our reptilian pal lives close by.

While this Space Turtle clearly has some heft, it's not nearly as gigantic as the SLS. It's considered a Mega Moon Rocket for a reason — the towering vessel checks in at an astonishing 212 feet tall, 27 feet wide, and is so big that it can be seen from space.

Alas, the SLS has had a few launch-delaying hiccups. Fueling issues and computer glitches have plagued the gargantuan craft, which is set to make its maiden voyage during the first Artemis Moon mission — the timeline for which has already shifted several times, as has the schedule for the Artemis project as a whole.

Honestly though, while those delays are frustrating for NASA, they might be good news for our shelled associate. As one might guess, considering the extraordinary amount of resources it requires, space exploration is pretty terrible for the environment. Like, really bad.

More on good news: Scientists Say New James Webb Images Are so Powerful That It Was Emotional Just Looking at Them