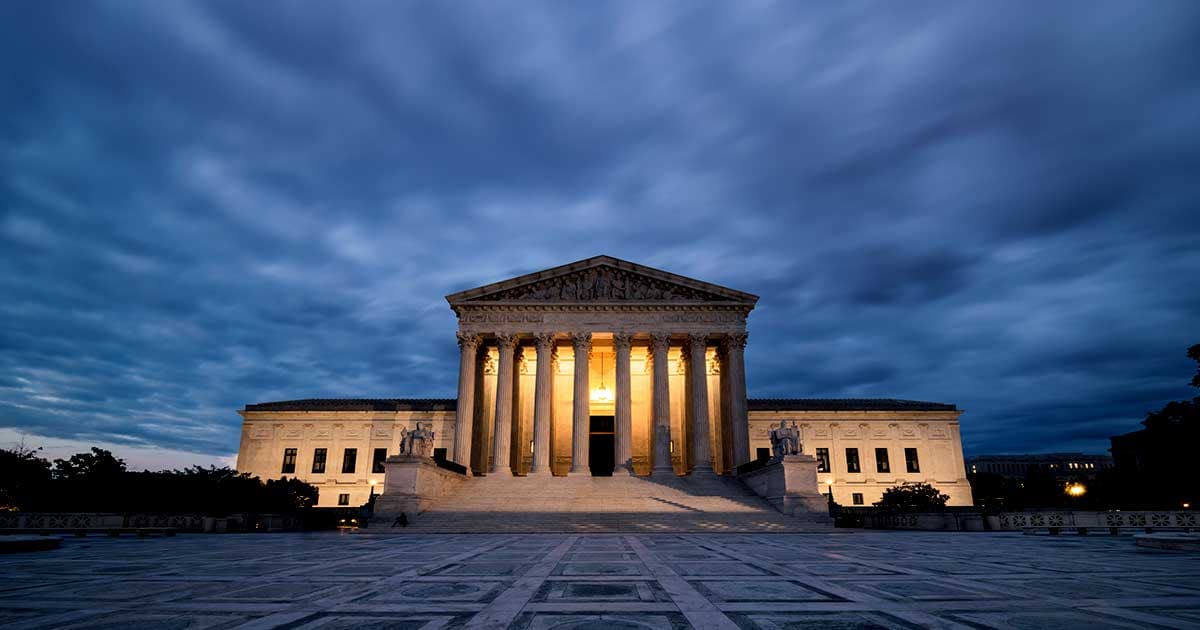 Another week, another inconceivable and unconscionable decision by the US Supreme Court.

After the court dealt a massive blow to reproductive rights last week, the it's now given power plants the ability to regulate their own carbon dioxide emissions, an irredeemable decision that's almost certain to have disastrous consequences for the environment.

Power plants are the country's second-biggest source of greenhouse gas emissions, according to the Environmental Protection Agency (EPA), a regulatory body that has now been largely stripped of its power in the industry with this latest ruling.

It's a major blow to the country's efforts to fight climate change, and will more than likely have far-reaching implications on other agencies' attempts to rescue the planet from an impending climate catastrophe.

The now overwhelmingly conservative Supreme Court ruled 6 to 3 to strike down West Virginia vs. EPA, greatly limiting the agency's control over the regulation of carbon dioxide emissions.

The ruling is an unusual and preemptive denial, Gizmodo points out, considering that the Biden administration has yet to replace Obama's Clean Power Plan, which was rejected by a federal judge during the Trump years.

In simple terms, the EPA isn't actually regulating the power sector right now — and won't be able to in the future as well. Experts, needless to say, were horrified.

"For this Court to try to take away the EPA’s power, it’s not inside baseball — it’s a dramatic departure from federal policy, from legal precedent," Lisa Graves, lead of public policy watchdog True North Research, told Gizmodo.

It's yet another disastrous dismantling of commonsense regulations. It's a sad reality when right-wing climate denial and indefensible views on public health are the lay of the land — and a bleak glimpse, perhaps, into what's still to come.

Basically Everyone Wants Scott Pruitt Out of Office
4. 19. 18
Read More
Apple to the EPA: Leave Obama’s Clean Power Plan Alone
4. 9. 18
Read More
Pruitt's EPA Will Give Automakers What They Want: Fewer Emissions Rules
3. 30. 18
Read More
+Social+Newsletter
TopicsAbout UsContact Us
Copyright ©, Camden Media Inc All Rights Reserved. See our User Agreement, Privacy Policy and Data Use Policy. The material on this site may not be reproduced, distributed, transmitted, cached or otherwise used, except with prior written permission of Futurism. Fonts by Typekit and Monotype.