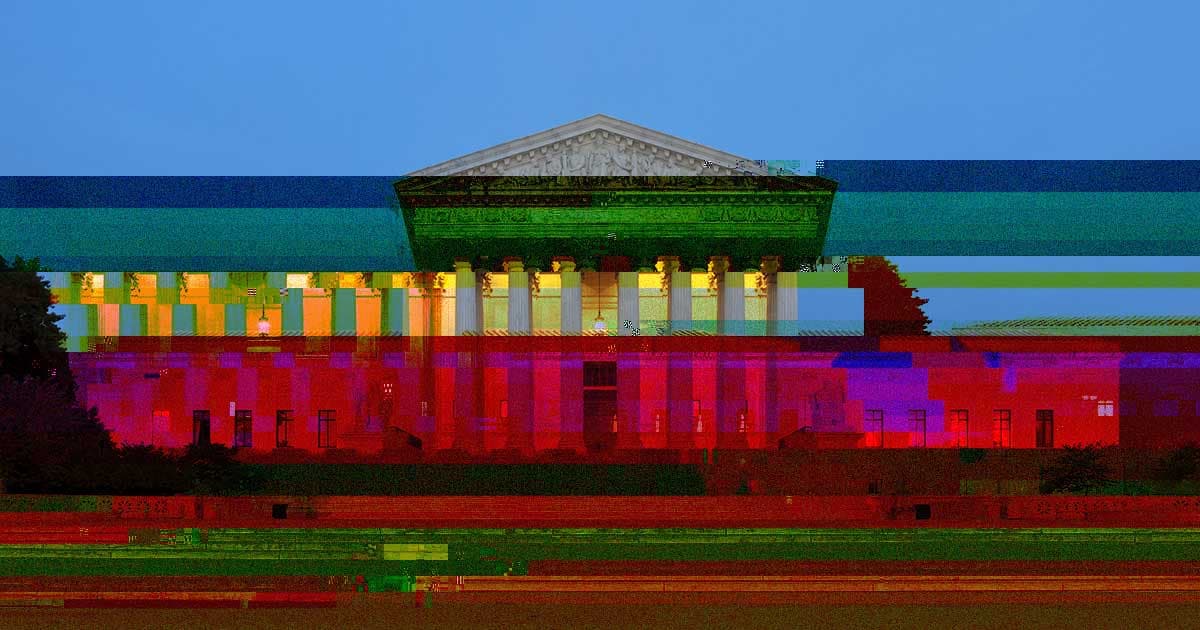 "THE ATTACKS WILL CONTINUE!"

"THE ATTACKS WILL CONTINUE!"

A gaggle of hackers has decided to take the US Supreme Court's sudden and devastating reversal of landmark decision Roe vs. Wade into their own hands.

The group, called SeigedSec, is not exactly white hat. As Tech Monitor reports, they mostly work to cull user data from private companies. While a recent Telegram announcement made clear that they have no intention of halting black hat activities, the Supreme Court decision has led them to declare that it's "time for some hacktivism" — in the form of stealing information from government bodies and other pro-life organizations.

"Like many, we are also pro-choice, one shouldn't be denied access to abortion," the syndicate wrote. "As added pressure to the [US] government, we have leaked many internal documents and files retrieved from Kentucky's and Arkansas' government server."

The group claims to have already stolen about 8 gigabytes of data, which they say includes government workers' personal information. And according to the hackers, Kentucky and Arkansas are just the beginning.

"THE ATTACKS WILL CONTINUE!" The hackers promised in their Telegram post. "Our main targets are any pro-life entities, including government servers of the states with anti-abortion laws."

SeigedSec is a new kid on the block. According to dark web security service DarkOwl, the group — along with several other hacking organizations — have emerged as a result of the ongoing Russian invasion of Ukraine.

Cybersecurity continues to prove essential for governments, corporations, and individuals around the world, and the ethics of "hacktivism," often characterized as Robin Hood-esque, are much debated. It's hard to make generalizations about any form of civil disobedience, and SeigeSec's methods are certainly questionable.

At the same time, it's interesting to see how quickly this group has mobilized, and thus far it does not appear that they've sought a ransom for the data they've allegedly been able to mine.

More on hacking scandals: Vulnerability Allows Hackers to Set Hot Tub Temp to Anything They Want

Sobering News
Ukrainian Hackers Allegedly Cut Off Russian Soldiers' Beloved Vodka Supply
May 7
Read More
All Tomorrow's Hackers
Grimes Says She Got Hackers to Shut Down a Blog She Didn't Like
Mar 26
Read More
Doge Burglar
Hackers Just Stole Nearly $200 Million from a Crypto Exchange, in the Second Heist in Two Weeks
12. 7. 21
Read More
+Social+Newsletter
TopicsAbout UsContact Us
Copyright ©, Camden Media Inc All Rights Reserved. See our User Agreement, Privacy Policy and Data Use Policy. The material on this site may not be reproduced, distributed, transmitted, cached or otherwise used, except with prior written permission of Futurism. Fonts by Typekit and Monotype.