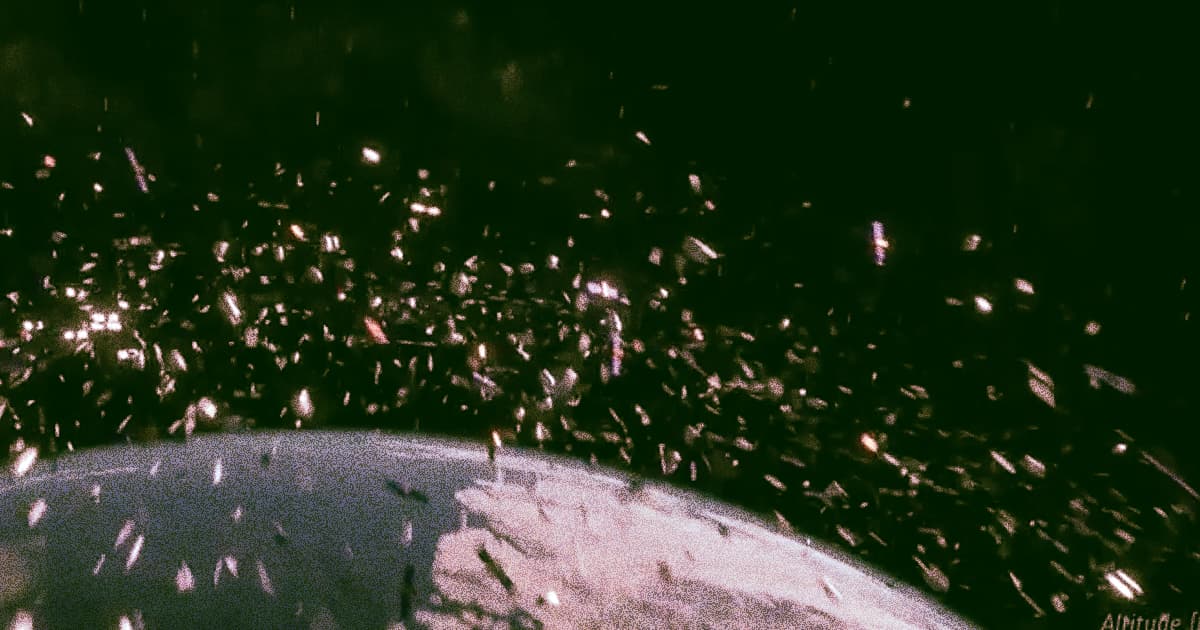 The Australian startup EOS Space Systems says it has finally finished building a powerful laser capable of blasting dangerous space junk out of orbit ‰ all the way from the surface of the Earth.

After seven years of development, the company says it can accurately track and snipe debris orbiting the planet from Australia's Mt. Stromio Observatory, 9News reports. That's an impressive feat, given the junk can travel at speeds up to 17,500 miles per hour. But if it works, the laser could make space safer for satellites and especially human astronauts without needing to launch risky cleanup missions.

The system is actually made up of two lasers. The first, a bright orange beam, targets specific pieces of space junk and helps the other one line up its shot, according to 9News. Then a second laser, far more powerful than the first, blasts it out of orbit and into deeper space.

"It's a unique type of laser which we've just grown to [the] right scale and power so we can map the atmosphere then use the maps which are made hundreds of times a second to correct laser beams on the ground so they propagate into space perfectly," EOS Systems CEO Ben Greene told 9News. "That will allow us to apply very high-power laser beams to move space debris in space and make space navigation much safer."

The laser, once it's fully online, stands to make the process of clearing orbital debris a whole lot easier than other plans currently in development or being tested.

Just about every other plan to clear the skies, whether it be spearing garbage with a big harpoon, clearing it with a magnetic grabbling hook, or even equipping spacecraft with junk-melting lasers, involves launching something else into orbit too. By comparison, blasting dangerous space debris out of orbit from the safety of Earth sounds much more appealing.

More on space junk: China Crashed Spacecraft Into the Moon so it Wouldn't Become Space Junk

From Our Partners
Defend The Galaxy With 26% Off This Laser Sword
10. 21. 21
Read More
Time Twister
Astrophysicist Says He Knows How to Build a Time Machine
1. 2. 20
Read More
Chinese Soldiers Now Have Laser Guns
1. 23. 16
Read More
+Social+Newsletter
TopicsAbout UsContact Us
Copyright ©, Camden Media Inc All Rights Reserved. See our User Agreement, Privacy Policy and Data Use Policy. The material on this site may not be reproduced, distributed, transmitted, cached or otherwise used, except with prior written permission of Futurism. Articles may contain affiliate links which enable us to share in the revenue of any purchases made.
Fonts by Typekit and Monotype.