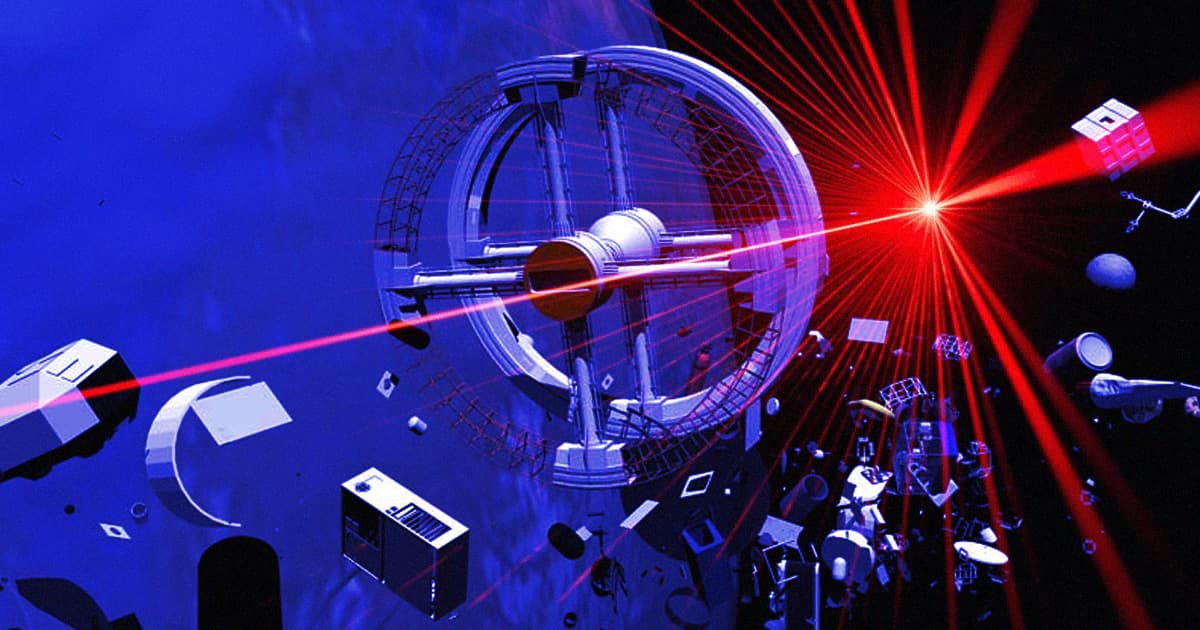 As we speak, thousands of small pieces of debris are cluttering Earth's orbit. Even entire derelict satellites are drifting through space, having long fulfilled their purpose. In fact, an astonishing 60 percent of our planet's roughly 6,000 satellites are no longer in operation.

That's a problem, as any collision could end in disaster — or the dreaded knock-on effect known as Kessler syndrome, a cascade of collisions generating new pieces of dangerous space debris that could render Earth's orbit uninhabitable.

As detailed in a paper soon to be published in the journal Acta Astronautica, Loktionov has been testing several different spacecraft materials and how they react to pulses of laser emissions.

"Many ways to capture debris have been suggested to date, few are tested and none really practiced," Loktionov told The Academic Times. "Laser space debris removal, to my mind, should provide a cheaper, more reliable and flexible way to do the job."

"If shot from space, lasers would pose close to zero hazards," Loktionov told the Academic Times. "We suggest considering more precise impacts with space-borne lasers or our recycling concept."

The concept, as Loktionov suggested in research published 2019, would reuse space debris in the form of melted plasma as fuel for laser thruster-powered spacecraft.

The proposal is as relevant as ever because our space debris problem is about to get a lot worse with the likes of SpaceX and Amazon planning to launch extensive constellations of broadband internet-beaming satellites. That means no stone should be left unturned in the quest to find a way to make a dent in our growing space junk problem — no matter how far out the concept.