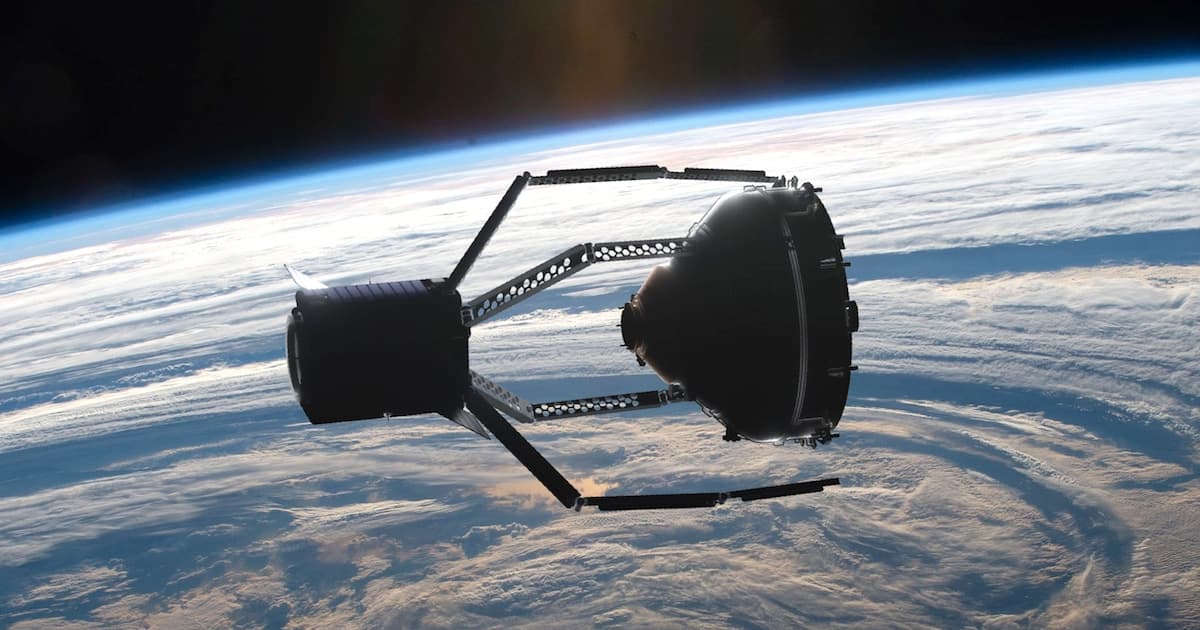 Europe Is Launching a Giant Claw to Grab Space Junk

The European Space Agency is planning to launch a massive claw designed to pluck large pieces of space junk out of the sky and steer them towards the Earth's atmosphere to be burned up.

The agency recently signed a $103 million contract with a Swiss start-up called ClearSpace SA to launch the first version of the system, which is intended to remove a piece of space debris from orbit in what the scientists behind the effort say will be a world's first.

ClearSpace SA's goal is to make a small dent in our increasingly cluttered orbit, which could be exacerbated by collisions that create even more space junk, making orbit an even more dangerous place.

The startup is planning to launch its mission, dubbed ClearSpace-1, in 2025. It will attempt to claw a retired Vespa payload adapter, an ESA-developed rocket part designed to deliver payloads into different orbits, and de-orbit it for disposal.

The spent rocket part, weighing in at 250 pounds, was left at an altitude of around 800 kilometers back in 2013, which is considered to be within the confines of the "graveyard orbit" where retired pieces of satellites are currently dumped.

The claw isn't the only approach to mitigating the problem of space junk. The news comes after a spacecraft built by Northrop Grumman successfully docked to an orbiting satellite in February. The contractor hopes to eventually extend the lives of retired satellites found in graveyard orbits by refueling them or updating their tech.

Picking Up the Trash
SpaceX President: Starship Could Help Pick Up Space Junk
10. 22. 20
Read More
ESA Says Their "Space Base" Between the Earth and Moon Could Be Built in 10 years
6. 24. 16
Read More
Save Yourselves
Furious Marsupial So Thirsty For Sex That It’s Dying, Scientists Warn
Yesterday
Read More
+Social+Newsletter
TopicsAbout UsContact Us
Copyright ©, Camden Media Inc All Rights Reserved. See our User Agreement, Privacy Policy and Data Use Policy. The material on this site may not be reproduced, distributed, transmitted, cached or otherwise used, except with prior written permission of Futurism. Articles may contain affiliate links which enable us to share in the revenue of any purchases made.
Fonts by Typekit and Monotype.