This 18-year-old communications satellite just got a new lease on life. 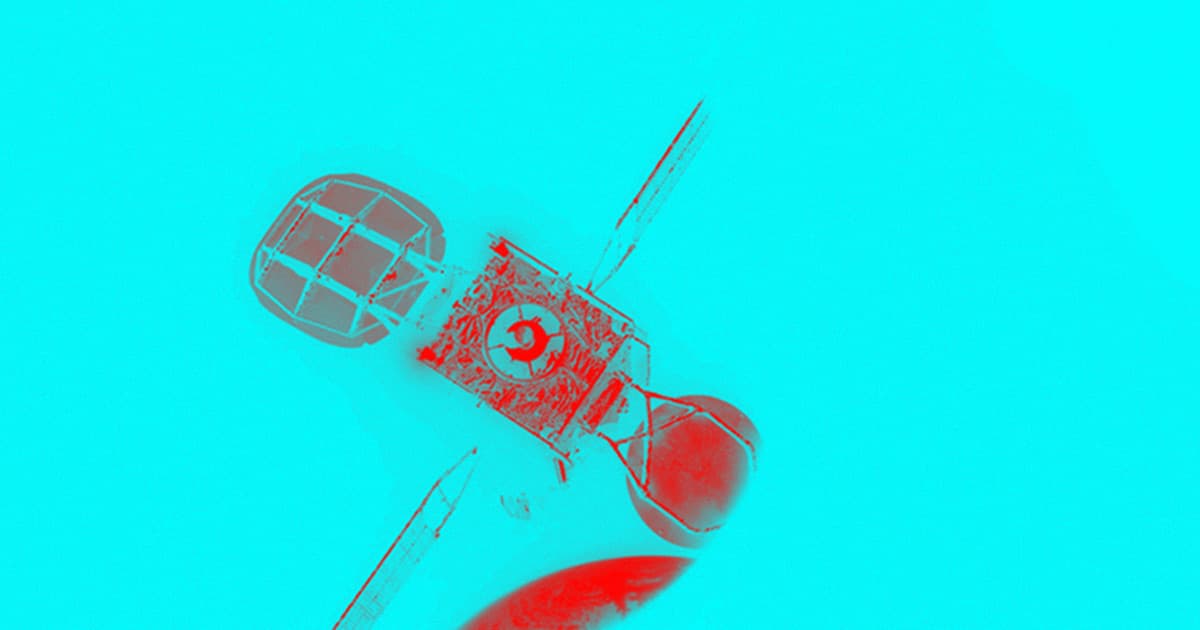 For the first time, a commercial spacecraft has docked to an orbiting satellite. Northrop Grumman's "Mission Extension Vehicle-1" (MEV-1) docked with a Intelsat 901, a communication satellite that's been in orbit for 18 years.

The hope behind this exercise is to one day have specialized satellites regularly refueling older satellites while in orbit, thereby extending those older orbiters' life cycles. The helper satellite's could also assist the older ones in changing their orbital paths, if need be. And finally, these helper satellites could be part of a crucial task — an interstellar cleanup, assisting in cutting down on the amount of space junk already cluttering up Earth's orbit.

"This is the first time in history a docking has been performed with a satellite that was not pre-designed with docking in mind," vice president at SpaceLogistics, a subsidiary of Northrop Grumman, Joe Anderson said during a conference today, as quoted by The New York Times.

To complete the demonstration, Intelsat changed the orbit of its older satellite to match MEV-1. The older satellite has been running out of fuel (and has been out of commission) since December.

MEV-1 is planning to extend the lifetime of the retired satellite by five years before pushing it to the "graveyard orbit" where satellites go to die once they've been decommissioned, as NYT reports.

Spacecraft like MEV-1 won't be servicing just a single satellite. "When the customer no longer desires MEV’s service, the spacecraft will undock and move on to the next client satellite," reads the Northrop Grumman's website.

With the likes of SpaceX launching constellations made up of tens of thousands of planned satellites, Earth's orbit is getting pretty cluttered. But orbital refueling stations like MEV-1 could reduce the need to send up even more satellites.

Future iterations could even inspect and repair older satellites and even enhance their performance by attaching new parts, according to the company.

More on satellites: Amazon Patented a System That Literally Whips Stuff Into Orbit

Read This Next
Hall Effect
Test Suggests Ion Thrusters Could Power Crewed Interplanetary Missions
Space Billboards
Russian Scientists Propose Plan to Launch Huge Advertisements Into Orbit Over Cities
Sabers Rattled
Russia Issues Veiled Threat to Shoot Down Pesky SpaceX Satellites
Oh Brother!
Surprise! The ISS Is Still at Risk From Russian Weapon Test
Spotted
Mystery Object Detected Near Chinese Satellite
More on Off World
Heavy Metal
Yesterday on the byte
NASA Mars Rover Finds Metallic Object That Smashed Down on Surface
Small But Mighty
Yesterday on the byte
Baby Asteroid Photobombs James Webb On Accident
Little Guy
Yesterday on the byte
Scientists Prototype "Creeping" Lizard-Like Robot for Exploring Mars
READ MORE STORIES ABOUT / Off World
Keep up.
Subscribe to our daily newsletter to keep in touch with the subjects shaping our future.
+Social+Newsletter
TopicsAbout UsContact Us
Copyright ©, Camden Media Inc All Rights Reserved. See our User Agreement, Privacy Policy and Data Use Policy. The material on this site may not be reproduced, distributed, transmitted, cached or otherwise used, except with prior written permission of Futurism. Articles may contain affiliate links which enable us to share in the revenue of any purchases made.
Fonts by Typekit and Monotype.