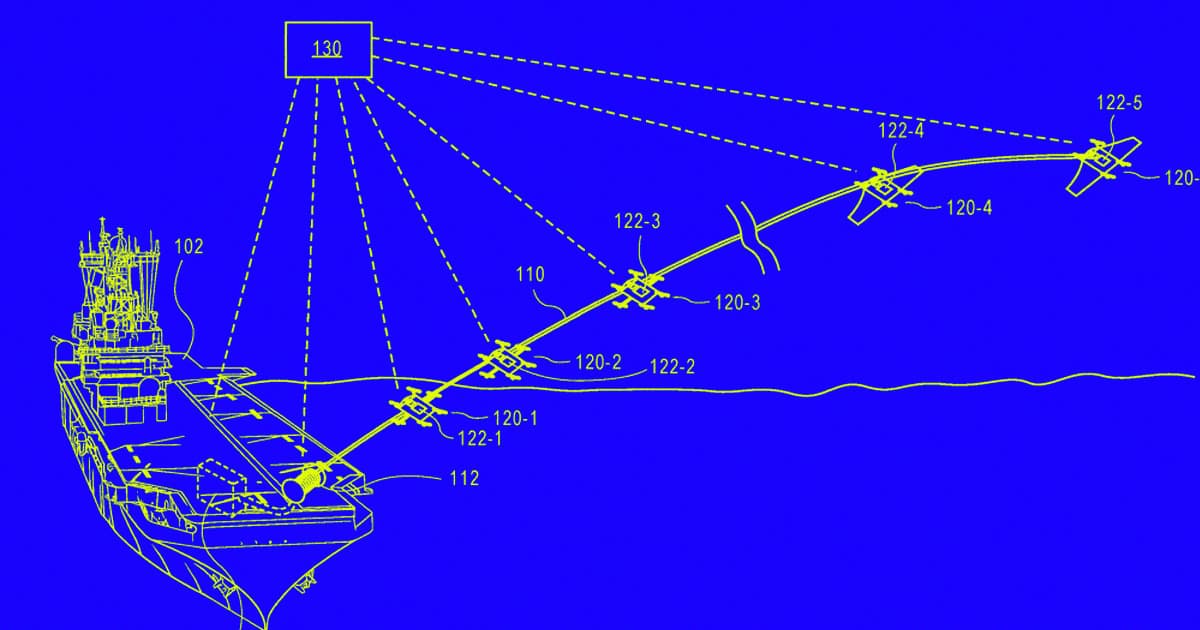 Amazon Patented a System That Literally Whips Stuff Into Orbit

Because, really, why the hell not.

Because, really, why the hell not.

A newly-published patent dating back to 2017 lays out plans for a ship-based launch system that whips payloads into orbit using a miles-long whip that is being guided by a whole bunch of drones, according to GeekWire. The goal’s to increase energy efficiency by reducing the fuel needed to get to altitude.

It’s an unusual concept: a miles-long whip is attached to a boat on one end, and a drone carrying the payload on the other end. A series of additional drones attached to the length of the whip fly up and down to generate a whip waveform. The end with the payload then cracks like a whip, sending the payload flying.

The system could be scaled down to even fling smaller packages attached to aerial vehicles into the air as well. Payloads could even be flung from planes mid-air. But the main focus of the application is on space-based applications — think satellites.

It’s not the first (and likely, is far from the last) crazy concept dreamed up by Amazon. There’s the patent for a system that would place warehouse workers in metal cages to protect them from robots, flying warehouses filled with delivery drones, and even tracking wristbands that spy on warehouse workers.

Will we ever see giant satellite whips in action in the future? Unlikely.

“Patents take multiple years to receive and do not necessarily reflect our current product roadmap,” an Amazon spokesperson told GeekWire in an email.

READ MORE: Whip it good! Amazon patents a launch system for snapping payloads into the air — or even into orbit [GeekWire]

More on Amazon patents: A New Amazon Camera Patent Is Straight Out of “1984”