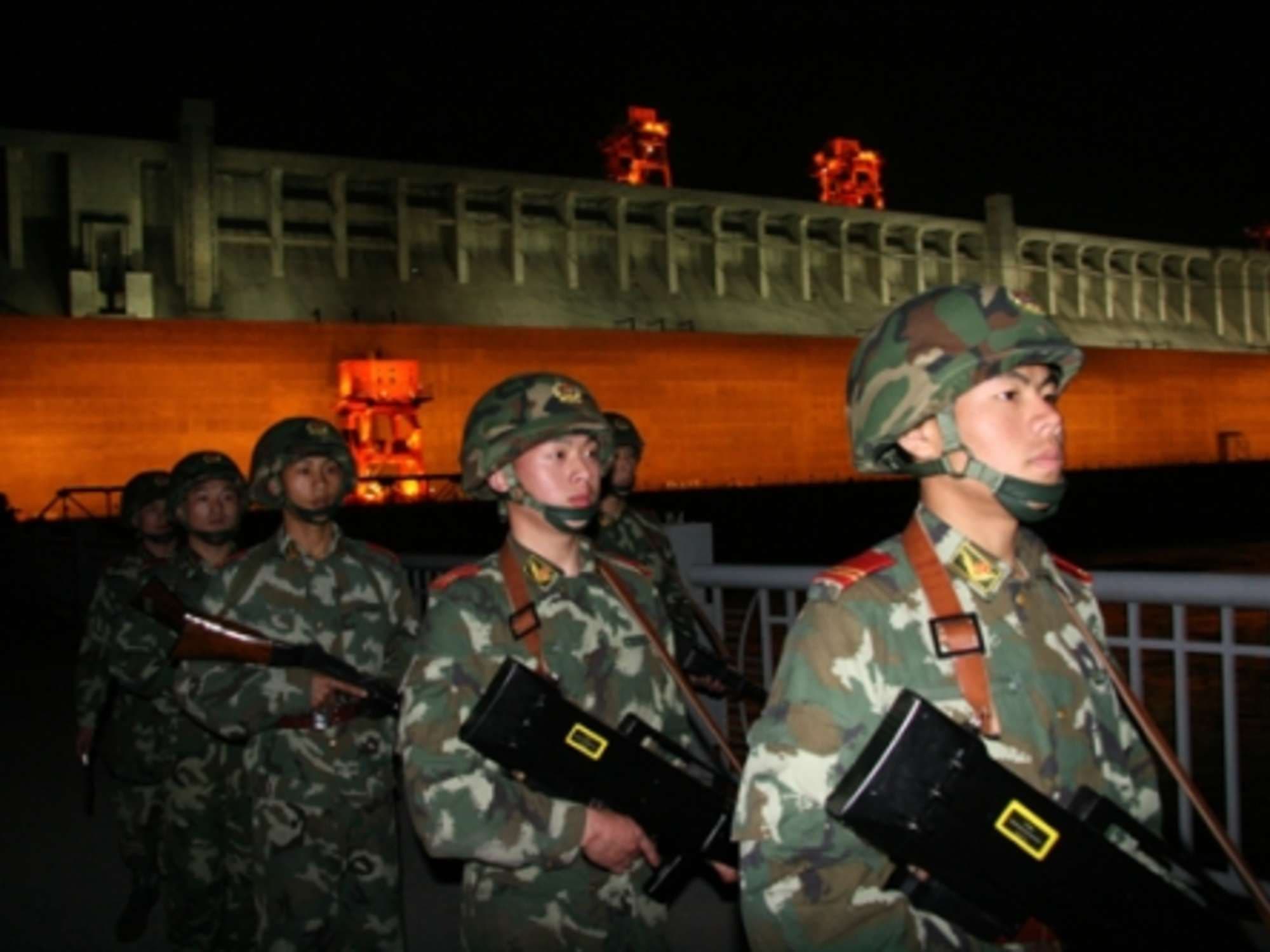 China’s military are now using laser guns—not the kind that Stormtroopers are armed with in Star Wars, as you might be thinking, but equally dangerous nonetheless. The weapons do not have fatal laser blasting capabilities, but are instead being used primarily to blind targets as well as interfere or damage opponent's laser or night vision capabilities.

While international conventions such as the 1998 Protocol on Blinding Laser Weapons ban the use of lasers and other blinding weapons against humans, these optical and thermal sensors can apparently be used on vechiles, aircraft and robots.

The PY132A laser for instance, recently displayed at a domestic Chinese police expo, looks like it can be used against rogue and terrorist drones, with the laser powerful enough to blind enemy sensors and cameras as well. It even comes equipped with thermal and night imaging for precision aiming. The Low Altitude Guard II can be used for police law enforcement with its capability to shoot down small UAVs and apparently has a more powerful military counterpart.

In combat, these laser rifles can be used to disrupt and even destroy the sensitive thermal imagers of enemy tanks or blind slow flying UAVs, knock out security cameras, and sabotage sensors.

These applications address concerns about longstanding international protocols surrounding the technology but draw a very thin line between possible violations. For instance, while the proposed utilization of the weapons follow the standard by definition, what happens when the lasers are used against manned aircrafts such as military helicopters, where the laser beam scattering the light could potentially blind the pilot?

Nevertheless, while blasters or phasers in combat may be quite far off, these advances in military technology combined with a focus on using lasers as tactical weapons could see it become a reality within the next decade.

Read This Next
From Our Partners
Defend The Galaxy With 26% Off This Laser Sword
Time Twister
Astrophysicist Says He Knows How to Build a Time Machine
Futurism
Future Warfare: Meet The Electromagnetic Railgun
Futurism
Hypersonic Missiles May Be a Reality in the Next Decade
More on Sci-Fi Visions
What is Happening
Feb 1 on the byte
Elon Musk Sets His Twitter Account to Private
From the Dept. of...
Jan 30 on futurism
The Best Humidifiers of 2023
Human v. Giraffe
Jan 24 on the byte
Chaotic Italian Fashion Line Baffles Facial Recognition Software
READ MORE STORIES ABOUT / Sci-Fi Visions
Keep up.
Subscribe to our daily newsletter to keep in touch with the subjects shaping our future.
+Social+Newsletter
TopicsAbout UsContact Us
Copyright ©, Camden Media Inc All Rights Reserved. See our User Agreement, Privacy Policy and Data Use Policy. The material on this site may not be reproduced, distributed, transmitted, cached or otherwise used, except with prior written permission of Futurism. Articles may contain affiliate links which enable us to share in the revenue of any purchases made.
Fonts by Typekit and Monotype.