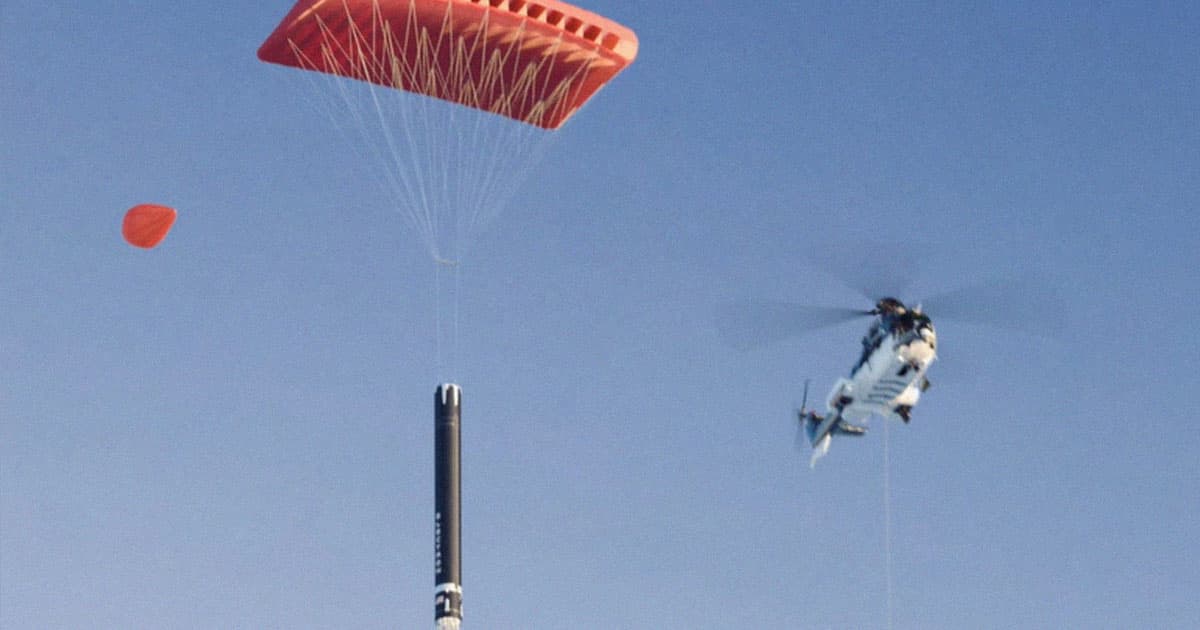 This Startup Is Catching a Rocket With a Flippin' Helicopter!

"Trying to catch a rocket as it falls back to Earth is no easy feat, we’re absolutely threading the needle here."

"Trying to catch a rocket as it falls back to Earth is no easy feat, we’re absolutely threading the needle here."

Space startup Rocket Lab is getting ready for a truly awe-inspiring stunt: catching its Electron rocket mid-air using a massive helicopter — an exciting new step, if they can pull it off, on the long road to make rockets fully reusable.

The company is hoping to launch 34 different commercial payloads in a single launch from a facility in New Zealand. The rocket's first stage will then make its return before being scooped up by a customized Sikorsky S-92 twin engine helicopter. The chopper model is conventionally used in offshore oil and gas transport as well as search and rescue missions, according to a press release.

It's a daring stunt and the stars will have to align for it all to work.

"We’ve conducted many successful helicopter captures with replica stages, carried out extensive parachute tests, and successfully recovered Electron’s first stage from the ocean during our 16th, 20th, and 22nd missions," said Rocket Lab founder and CEO Peter Beck, in the release. "Now it’s time to put it all together for the first time and pluck Electron from the skies."

After the plummeting first stage deploys its main parachute at an altitude of around 3.7 miles, a helicopter will attempt to catch up with it and capture the stage's parachute via a hook.

Or at least, that's the plan. The small startup has experienced a number of failed launches over the last couple of years — after all, who said launching rockets was easy?

"Trying to catch a rocket as it falls back to Earth is no easy feat, we’re absolutely threading the needle here," Beck added, "but pushing the limits with such complex operations is in our DNA."