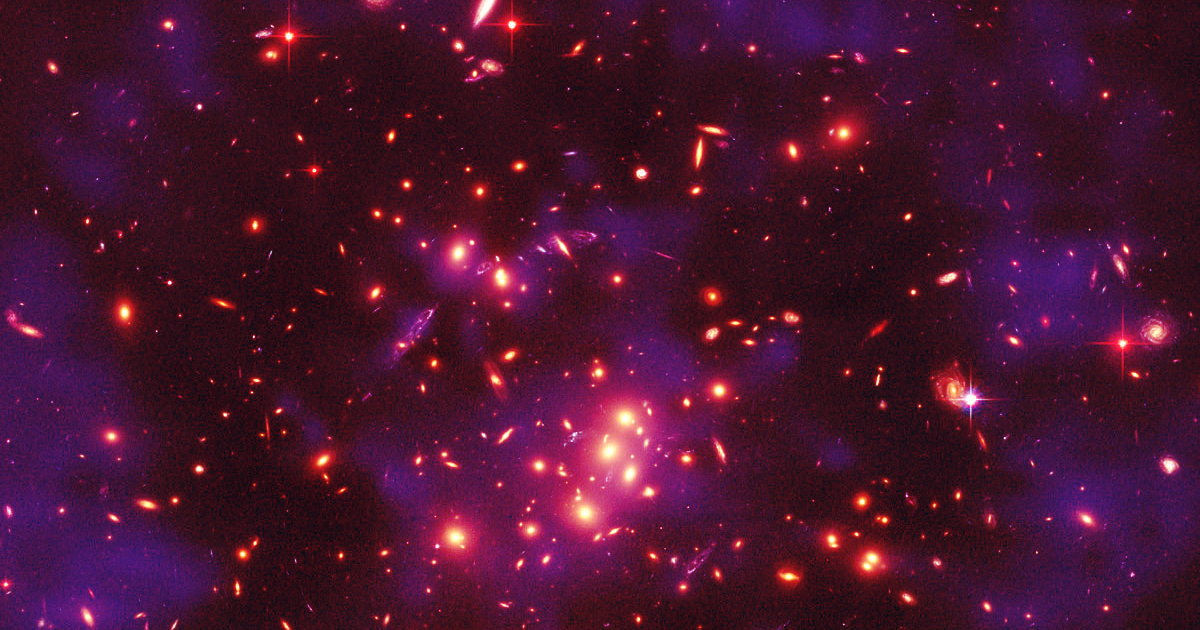 If each photon had just a tiny bit of mass, it could upend the theory of dark matter.

If each photon had just a tiny bit of mass, it could upend the theory of dark matter.

For many years, astrophysicists have theorized that an invisible material they call "dark matter" makes up the majority of the universe's mass. Any behavior of objects in the universe that can't be explained by ordinary mass — such as how galaxies rotate in space — could be due to the gravitational effects dark matter.

But now, a bold new theory from European researchers suggests a startling alternative: the strange behavior of galaxies could be due to the combined mass of untold zillions of photons, each of which has just a tiny bit of mass.

Conventional wisdom is that photons have zero mass (although that claim is complicated). But if each one had just a "vanishingly tiny" mass, according to a new paper published in The Astrophysical Journal, the combined effect could explain large-scale cosmic phenomena, including the rotation of galaxies.

"By assuming a certain photon mass, much smaller than the current upper limit, we can show that this mass would be sufficient to generate additional forces in a galaxy and that these forces would be roughly large enough to explain the rotation curves," researcher Dmitry Budker, a professor at the Helmholtz Institute Mainz, said in a press release. "This conclusion is extremely exciting."

According to Budker and his colleagues, the mind-bending new theory could partially explain the effects physicists conventionally attribute to dark matter — or even "completely eliminate the need" for dark matter to explain some phenomena.

"We don’t currently consider photon mass to be the solution to the rotation-curve problem. But it could be part of the solution," Budker said in the press release. "However, we need to keep an open mind as long as we do not actually know what dark matter is."

READ MORE: Physicists analyze the rotational dynamics of galaxies and the influence of the mass of the photon [Johannes Gutenberg University Mainz]