Beth, the passenger, became the first woman to enter space on a US commercial vehicle. 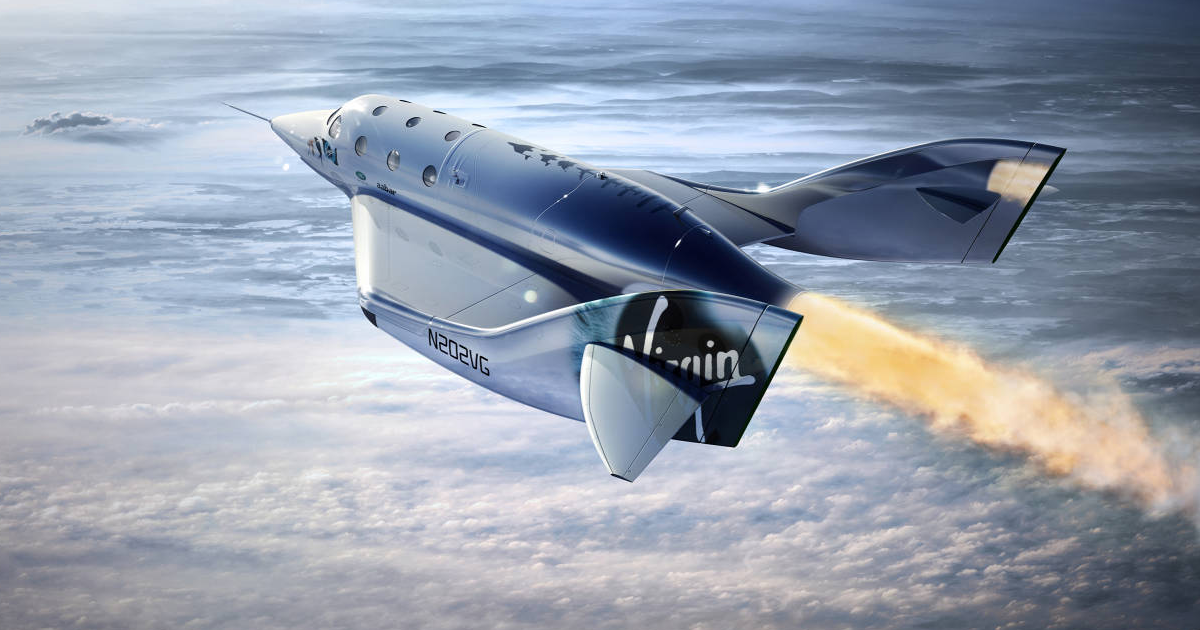 The second generation SpaceShipTwo, dubbed VSS Unity, reached an altitude of 51.4 miles (82.7  km) during its fourth test flight in December 2018. This time, the space plane traveled with a much heavier payload — close to full commercial weight — and a third crew member, Beth Moses, the first woman to enter space on a commercial US spacecraft.

Congratulations to our Chief Astronaut Instructor, Beth Moses / @VGChiefTrainer. Today, you became the 571st human to travel into space. pic.twitter.com/0Zn7iTfOe9

"Although we passed a major milestone in December, we still have a way to go in testing the many factors that can affect a flight," reads a press release. "So, for this flight, we will be expanding the envelope to gather new and vital data essential to future tests and operations, including vehicle center of gravity."

Take a look at the flight path our SpaceShipTwo will take during our fifth supersonic powered test flight. The flight window opens again tomorrow. More info on our flight test program can be found here https://t.co/FPuuC0NHoM pic.twitter.com/riEiledjo6

Virgin Galactic is developing the SpaceShipTwo platform to be part of its space tourism fleet, giving those who can afford a ticket — $250,000 isn't cheap — a taste of micro-gravity.

But it's not quite a ride to the International Space Station — that'd require it to fly to more than four times its current maximum altitude.

More on SpaceShipTwo: Did Virgin Galactic’s Spaceplane Reach Space? Depends Who You Ask

Read This Next
Selling Seats
Virgin Galactic Lost an Absolutely Staggering Amount of Money Last Year
Off Course
Richard Branson's Rocket Went Way Off Course During Spaceflight
Fun Percent
Elon Musk Denounces "Those Who Attack Space"
Space Pedantics
Richard Branson Didn't Go to Space Yesterday, He Just Cruised Through the Upper Atmosphere
Billionaire Blast Off
BREAKING: Richard Branson Successfully Flies to Space on Virgin Rocket
More on Off World
Drama Bomb
Wednesday on the byte
European Space Agency Halts Plans to Send Astronauts to Chinese Space Station
Futurism
Wednesday on the byte
Asteroid Mining Startup About to Launch First Mission
Carry On, Wayward...
Wednesday on the byte
NASA Says Lucy Spacecraft Will Forge Ahead With Busted Solar Array
READ MORE STORIES ABOUT / Off World
Keep up.
Subscribe to our daily newsletter to keep in touch with the subjects shaping our future.
+Social+Newsletter
TopicsAbout UsContact Us
Copyright ©, Camden Media Inc All Rights Reserved. See our User Agreement, Privacy Policy and Data Use Policy. The material on this site may not be reproduced, distributed, transmitted, cached or otherwise used, except with prior written permission of Futurism. Articles may contain affiliate links which enable us to share in the revenue of any purchases made.
Fonts by Typekit and Monotype.