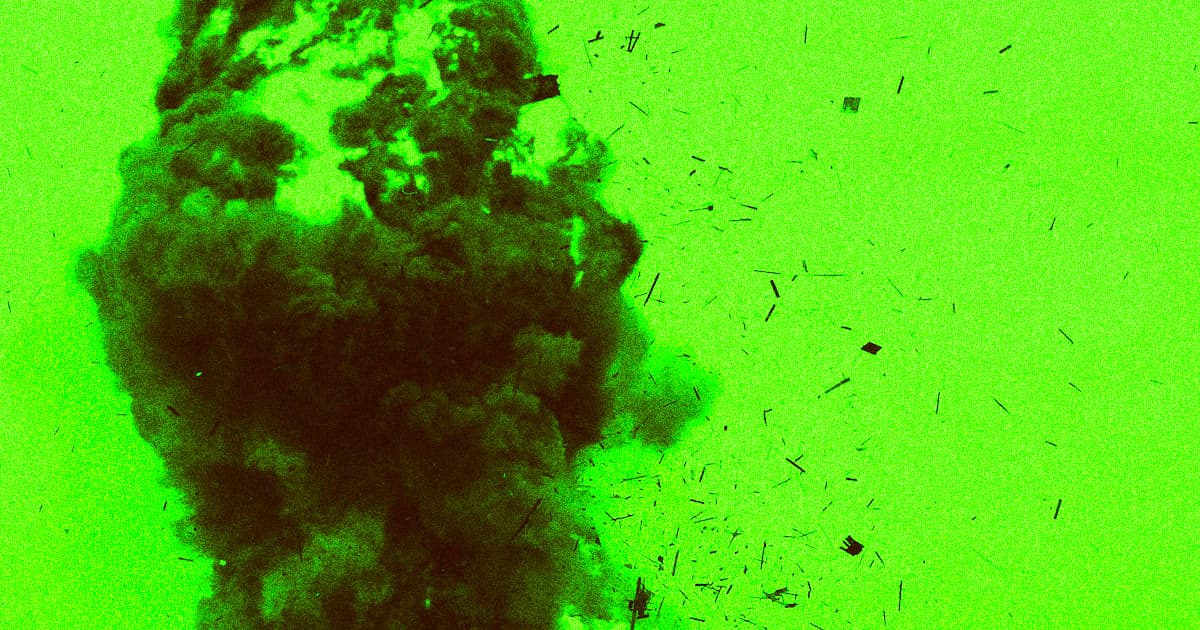 As NASASpaceFlight explains in video of the explosion, the green flash of light that occurred in this specific blaze generally happens when "the engine has started to eat into its copper sections."

Known in the spaceflight world as a "rapid unscheduled disassembly" or RUD, this type of explosion, while spectacular, is fairly common for SpaceX as it throws stuff at the proverbial wall and see what sticks — or, in this case, blows up.

Indeed, while a SpaceX blast occurred as recently as this past summer, May 2021 saw one Starship prototype explode so spectacularly that it was picked up by weather radar, and there have been enough similar explosions over the years that it's become a sort of calling card for Musk, who's been known to quip about the phenomenon.

After this past July's explosion — which rocked but did not destroy the Booster 7 prototype intended to push the company's Starship into orbit — Musk appeared to suggest that the blast wasn't "unscheduled" at all, but then deleted the tweet and reversed course.

While explosions seem to be par for the SpaceX course, that doesn't mean they aren't expensive as all get out.

The company lost upwards of upwards of $260 million in 2015, when one of its Falcon 9 spacecraft blew up shortly after liftoff. A 2016 Falcon 9 explosion annoyed Musk so much that the company investigated whether sabotage might have been to blame. And that's without getting into the various demises of its Falcon 1 prototypes, or the explosion of an early Crew Dragon module before it had sent any astronauts to space.

Needless to say, it's much better for explosions to occur during test firings rather than during actual launches. And even when they do explode at inopportune times, Musk often insists that they data the company collects from the mishap is worth it to do a better job next time.