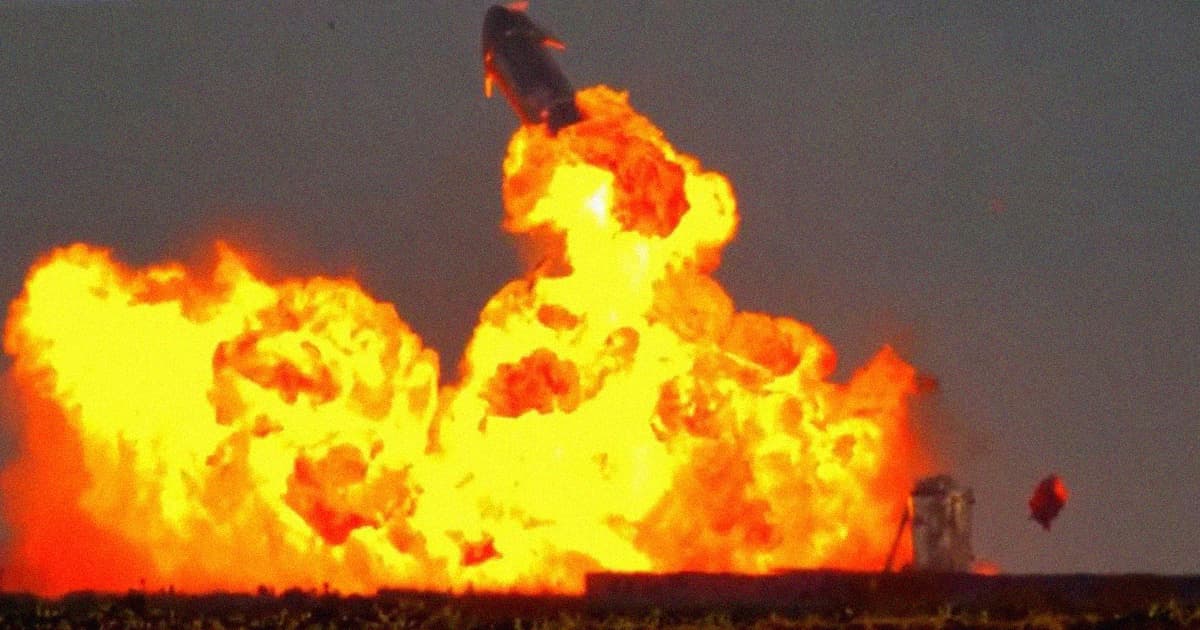 Up close, the blast would have been Earth-shattering.

Up close, the blast would have been Earth-shattering.

But several minutes after touchdown, the stainless steel rocket exploded in a massive fireball.

The explosion was so powerful, Houston-based meteorologist Matt Lanza pointed out in a tweet, that it appears to have showed up on local weather radar.

The explosion appears to have manifested as a green-yellow blip in the bottom left corner of the radar footage, showing changes in the weather conditions of the region surrounding SpaceX's testing facilities in Boca Chica, Texas.

Up close, the explosion must have been Earth-shattering. Photos taken at the scene on Thursday morning show the aftermath of the explosion: a huge pile of scrap metal.

Cellphone pics of the wreckage of Starship SN10. 🔥🚀🔥@NASASpaceflight pic.twitter.com/cPM1SsG3Uu

It's not the first time that a Starship test has ended in a colossal fireball. Test launches of SN10's predecessors SN8 and SN9 met a similar fate during their respective December and February test launches.

Because of those bumps in the road, SpaceX needed permission from the Federal Aviation Administration to launch SN10 on Wednesday. And concerns over the safety of those near the launch site caused the agency to delay the launch of SN9 last month.

An ensuing investigation, however, was terminated earlier this week, with the FAA concluding that SpaceX took sufficient safety precautions and greenlighting the company's SN10 launch.