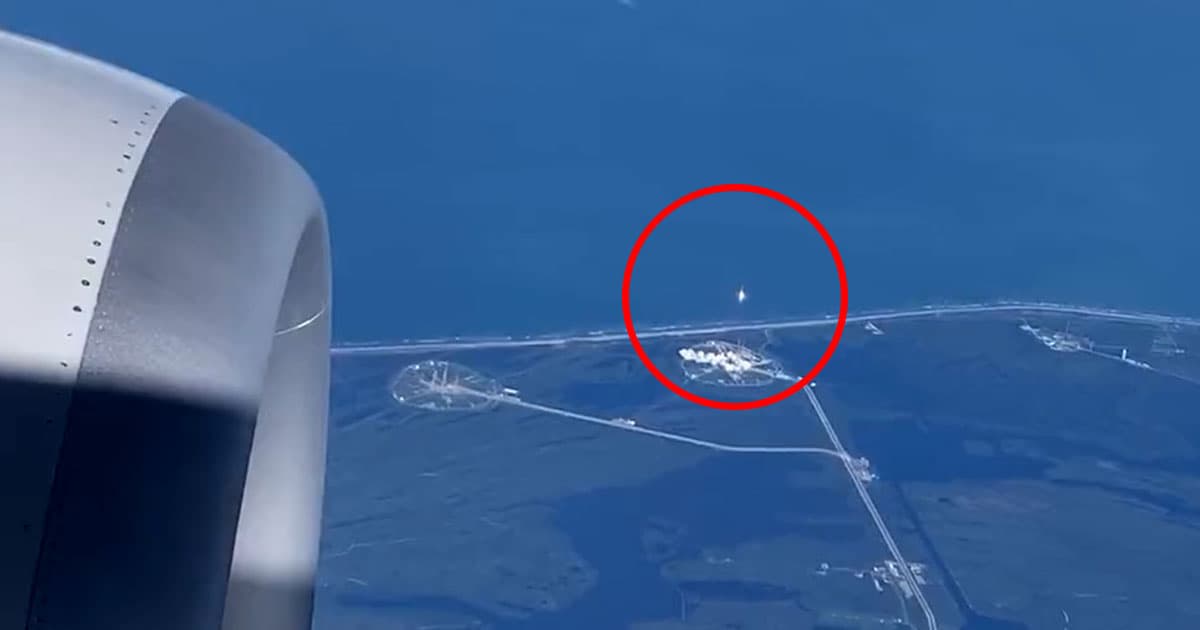 Seat With a View

"One of the coolest things I've ever seen."

"One of the coolest things I've ever seen."

Passengers on board a United Airlines commercial jet flying over Florida's Cape Canaveral were able to spot an amazingly rare sight in the distance: a SpaceX Falcon 9 rocket lifting off from NASA's Kennedy Space Center, far below.

The video, shared by NBC photojournalist Nick Leimbach, shows the tiny white rocket blasting off and gaining altitude at a dazzling rate, leaving behind a massive cloud of dust and vapor — an angle that puts the incredible spectacle into perspective.

"One of the coolest things I've ever seen," Leimbach wrote.

One of the coolest things I’ve ever seen.

Aboard @United Airlines 220 flying over Cape Canaveral as a SpaceX Falcon 9 lifts off. pic.twitter.com/klSqmbfPHt

The flight took off from Dulles International airport in Washington, DC at 12:25 pm and landed roughly 3.5 hours later in George Town in the Cayman Islands.

Its flight path perfectly crossed NASA's Kennedy Space Center, at just the right moment. SpaceX's Falcon 9 rocket took off from Launch Complex 39A at 2:20 pm local time, with an uncrewed Dragon spacecraft in tow, carrying supplies and equipment to the International Space Station.

Among the supplies is the Moon Microscope, a tiny device meant to allow astronauts to collect blood samples and analyze them with a hand-held device. The goal is to provide future astronauts with a tool to diagnose blood samples on the surface of the Moon or Mars.

It's not everyday passengers on a commercial airliner are able to behold such an amazing sight. Though given Leimbach's profession, there's a good chance it wasn't entirely a coincidence he was at the right place at the right time.