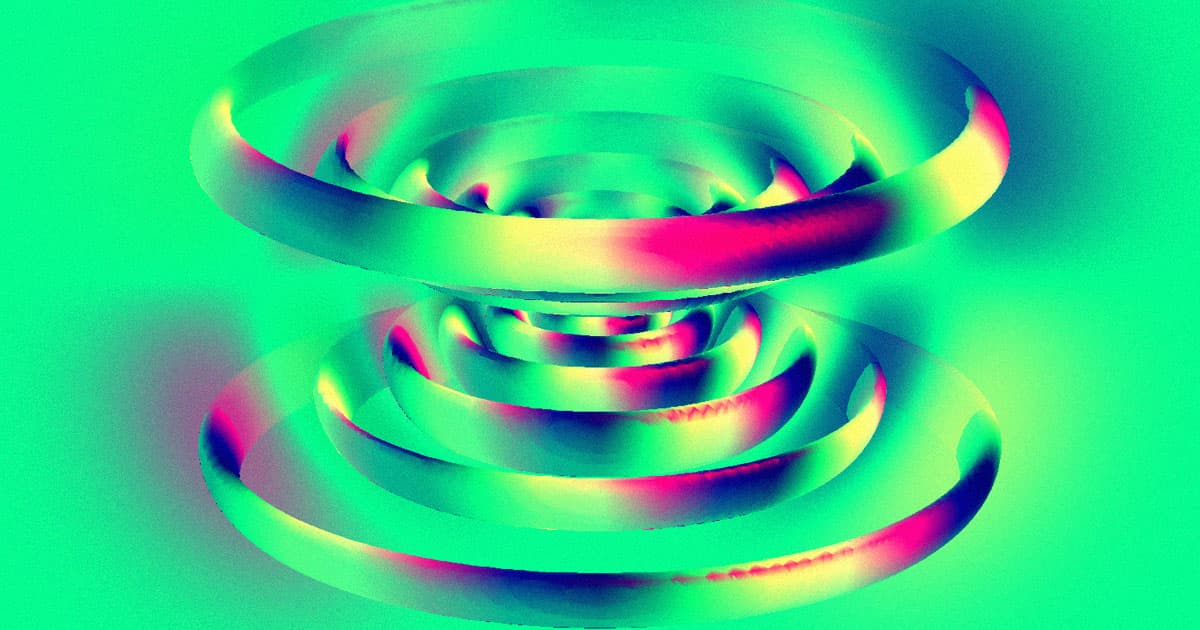 A team of scientists from the universities of Alberta and Toronto have laid out the blueprints for a "quantum battery" that never loses its charge.

To be clear, this battery doesn't exist yet — but if they figure out how to build it, it could be a revolutionary breakthrough in energy storage.

"The batteries that we are more familiar with — like the lithium-ion battery that powers your smartphone — rely on classical electrochemical principles, whereas quantum batteries rely solely on quantum mechanics," University of Alberta chemist Gabriel Hanna said in a statement.

A paper describing the research was published in the Journal of Physical Chemistry C. in July. The battery works by harnessing the power of "excitonic energy" — the state in which an electron absorbs sufficiently charged photons of light.

The researchers found that their resulting battery model should be "highly robust to energy losses," thanks to the fact that their battery is prepared inside a "dark state" where it cannot exchange energy — by absorbing or releasing photons — with its surroundings.

By breaking down this "dark state" quantum network, the researchers claim the battery could be able to discharge and release energy in the process.

But the team has yet to come up with viable ways of doing so. They will also have to figure out a way to scale the technology for real-world applications as well.

Quantum Computing Is Going to Change the World. Here's What This Means for You.
1. 8. 18
Read More
45-Year Physics Mystery Shows A Path To Quantum Transistors
12. 6. 14
Read More
Heavy Metal
NASA Mars Rover Finds Metallic Object That Smashed Down on Surface
6:27 PM
Read More
+Social+Newsletter
TopicsAbout UsContact Us
Copyright ©, Camden Media Inc All Rights Reserved. See our User Agreement, Privacy Policy and Data Use Policy. The material on this site may not be reproduced, distributed, transmitted, cached or otherwise used, except with prior written permission of Futurism. Articles may contain affiliate links which enable us to share in the revenue of any purchases made.
Fonts by Typekit and Monotype.