You don't need to be able to read to program these robots. 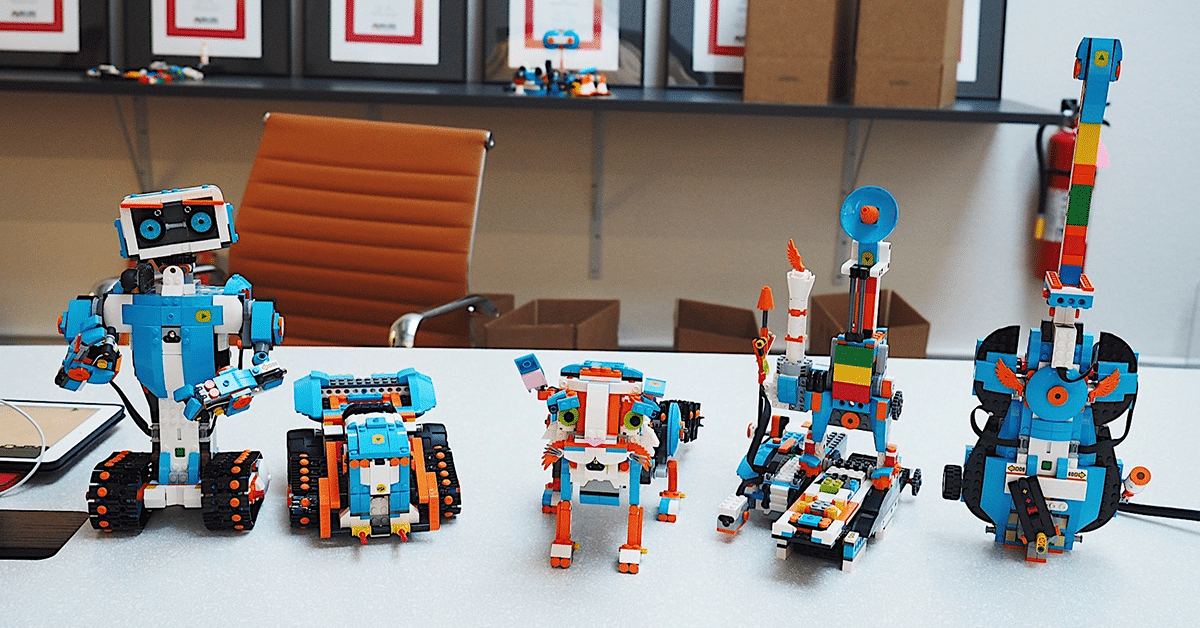 Lego has debuted an exciting new sub-brand at the 2017 CES (Consumer Electronics Show) that is geared toward teaching children how to code. It's called Boost and is meant for children aged seven and up. Lego has a similar product in its Mindstorms line, but that is aimed at older kids or young adults.

The starter set (priced at $160) comes with three Boost bricks containing tech to allow movement, lights, and sensors. The kit also includes 840 traditional Lego blocks that kids will use to build their interactive creations.

Out of the box, users are equipped to build five distinct models: Vernie the Robot, Frankie the Cat, the Guitar 4000, the Multi-Tool Rover 4, and a machine that can automatically assemble small Lego creations, called an Autobuilder. Each model has its own fun, unique abilities, including a robot that tells fart jokes and a cat that farts when you feed it too much (kids really like farts).

The kit works in conjunction with a companion app where kids are given step-by-step instructions on building and coding their creations. The code is displayed in the form of icons so that even children who do not know how to read can easily learn how to code.

The rapid development and lowering cost of robotics is allowing for the spread of automation. Toys such as Lego Boost introduce children to an ever-expanding field of future opportunity.

Read This Next
Diner Drama
People Furious at Robot Serving Pancakes at Denny's
Robot Violence
YouTube Accidentally Removed Robot Battle Videos for "Animal Cruelty"
Buzz Off
Tiny Spies: This Insect-Like Flying Robot is Smaller Than a Penny
Automating Gym Class
Toyota's Basketball Robot Can Nail Three-Pointers
Guardian Exoskeleton
The U.S. Military is Buying a Brutal-Looking Powered Exoskeleton
More on Robots & Machines
From the Dept. of...
12:00 AM on futurism
The Best Exercise Bikes of 2023
It's Nothing Pers...
Yesterday on the byte
Scientists Create Shape-Shifting Robot That Can Melt Through Prison Bars
From the Dept. of...
Yesterday on futurism
The Best Smart Lights of 2023
READ MORE STORIES ABOUT / Robots & Machines
Keep up.
Subscribe to our daily newsletter to keep in touch with the subjects shaping our future.
+Social+Newsletter
TopicsAbout UsContact Us
Copyright ©, Camden Media Inc All Rights Reserved. See our User Agreement, Privacy Policy and Data Use Policy. The material on this site may not be reproduced, distributed, transmitted, cached or otherwise used, except with prior written permission of Futurism. Articles may contain affiliate links which enable us to share in the revenue of any purchases made.
Fonts by Typekit and Monotype.