Tiny Spies: This Insect-Like Flying Robot is Smaller Than a Penny

Thanks to its four tiny wings, the robot can adjust both altitude and orientation. 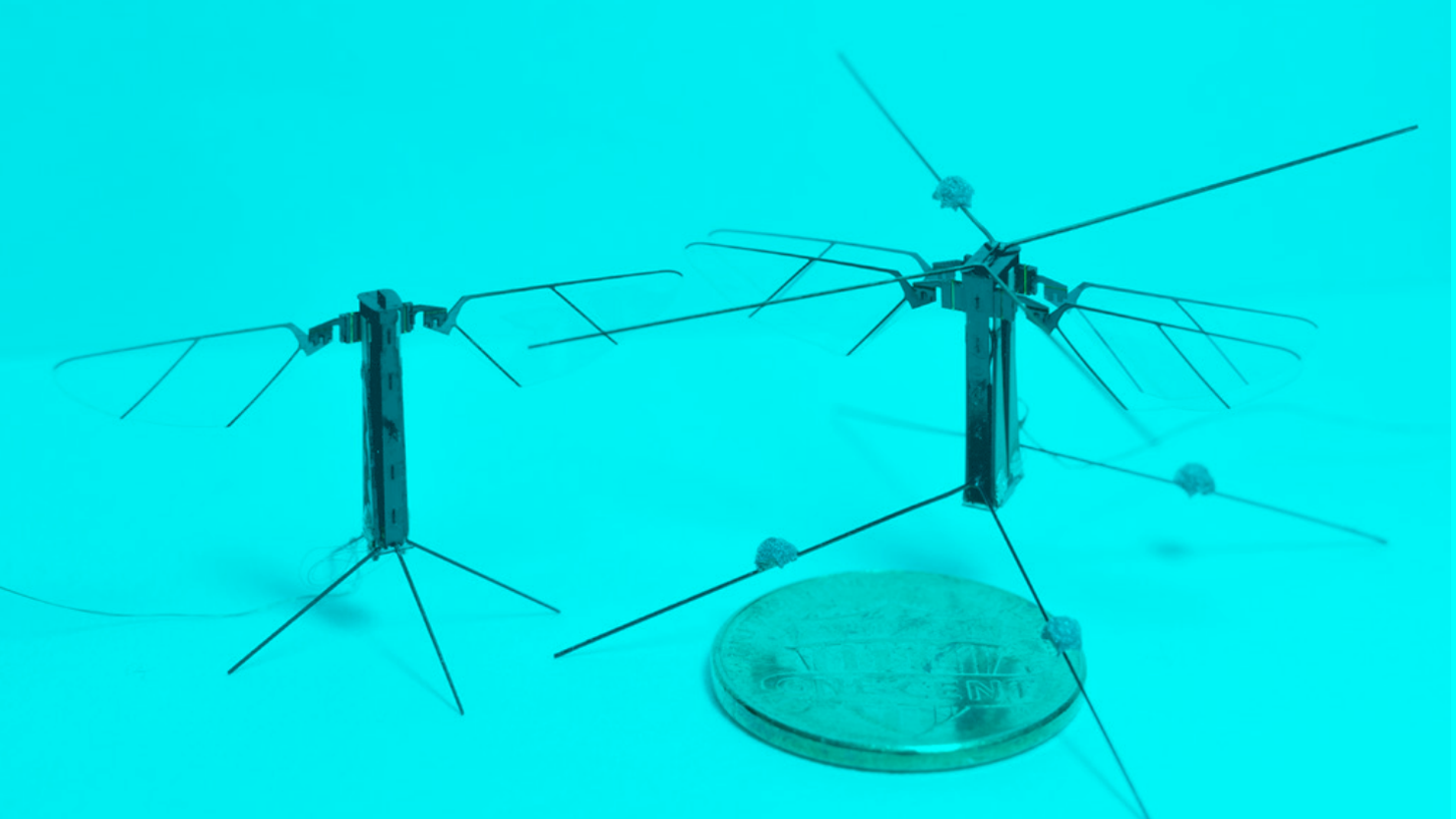 A team of engineers from the University of Southern California in Los Angeles built a four-winged flying robot called Bee+, which weighs just 95 grams and sports a footprint smaller than a penny.

But RoboBee featured just two wings, which made its flight far erratic and uncontrolled. Four wings gives Bee+ a way to control pitch and its orientation in space.

The biggest challenge the Bee+ team faced to bring the number of wings up to four was the weight of the actuators responsible for making them flap. The researchers came up with a new "unimorph" design that relies on a single strip of piezoelectric material that expands and contracts when a current is sent through it, cutting the weight of the four actuators roughly in half.

A preprint of their research was published to the preprint repository arXiv.

There's one huge shortcoming of both the RoboBee and the Bee+: they're technically not drones, as they rely on a tether for an energy source. But once battery technology catches up with nanoscale robotics, the Bee+ could one day take flight all on its own.

Read This Next
Diner Drama
People Furious at Robot Serving Pancakes at Denny's
Robot Violence
YouTube Accidentally Removed Robot Battle Videos for "Animal Cruelty"
Automating Gym Class
Toyota's Basketball Robot Can Nail Three-Pointers
Guardian Exoskeleton
The U.S. Military is Buying a Brutal-Looking Powered Exoskeleton
FEDOR Android
Parts Suppliers Are Boycotting Russia's Pistol-Shooting Android
More on Robots & Machines
FROM THE DEPT. OF...
Tuesday on futurism
Sustainable Personal Care Items to Add to Your Medicine Cabinet
FROM THE DEPT. OF...
Monday on futurism
Best Gaming Routers of 2022
FROM THE DEPT. OF...
Monday on futurism
Best Smart TVs of 2022
READ MORE STORIES ABOUT / Robots & Machines
Keep up.
Subscribe to our daily newsletter to keep in touch with the subjects shaping our future.
+Social+Newsletter
TopicsAbout UsContact Us
Copyright ©, Camden Media Inc All Rights Reserved. See our User Agreement, Privacy Policy and Data Use Policy. The material on this site may not be reproduced, distributed, transmitted, cached or otherwise used, except with prior written permission of Futurism. Fonts by Typekit and Monotype.