Meet The World's Smallest Robot, It's the Size of Fly and Capable of Flight 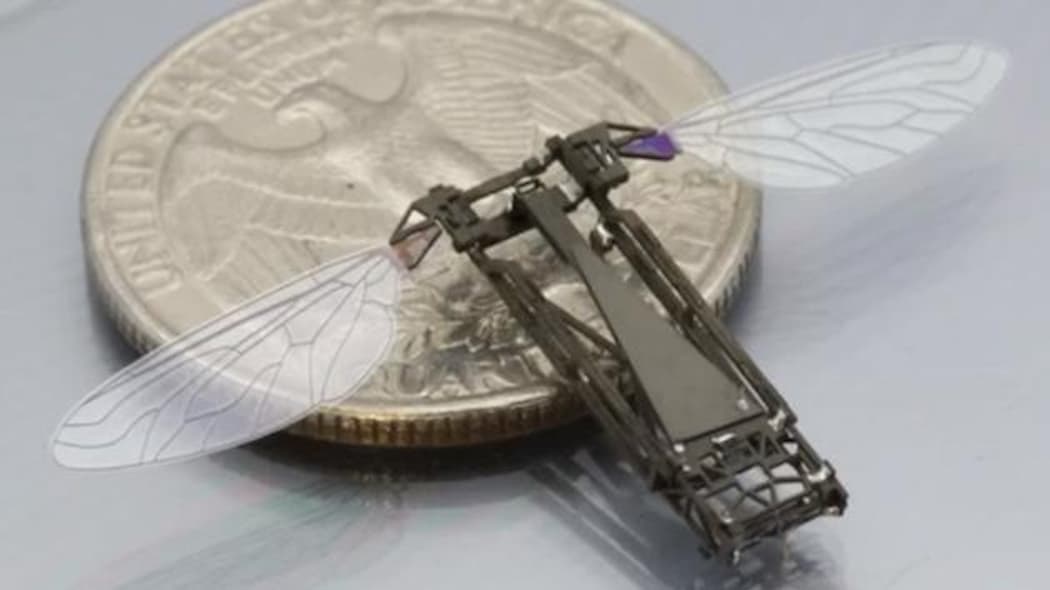 Fly On the Wall

Scientists from Harvard unveiled a breakthrough in the field of robot technology—RoboBee.

Harvard scientists note that the technology was inspired by, unsurprisingly, insects. The bug sized bot is made of carbon fiber and weighs just a fraction of a gram. Its flight capabilities are made possible through a pair of flapping wings powered by electronic ‘muscles.’

Using a pyramid-shaped light sensor made of four phototransistors soldered to create a custom circuit board,the machine is able to find its balance in the air.

Throughout its development, numerous sensors have been tried and tested that could have, in principle, been integrated into the robot—none however have ever performed in free flight. The results demonstrated by these on-board sensors marks a milestone in the research.

Take a moment to see it in action in the video below:

The prospect of tiny, fly-sized drones are numerous, including the possibility of the technology going completely wireless , so that it might one day be able to be used to pollinate crops or further the study of flight mechanisms used by other biological counterparts.

However, right now the researchers see the most potential in RoboBees being able to monitor environmental hazards or be used for search and rescue missions (focusing on searching for survivors after a natural disaster.)

However, it also poses a lot of apprehension in terms of privacy and how a drone this size could potentially be used for endless military applications or for surveillance of companies for marketing or other questionable purposes.

Read This Next
Futurism
Australia is Deploying AI Drones to Help Prevent Shark Attacks
Futurism
Live Saving Medical Devices Could Soon Be Delivered By Drone to Heart Attack Victims
Futurism
Chipotle Once Delivered Burritos to Hungry College Students...Via Drone
Futurism
This Eerie New Drone Comes With Spider-Like Grasping Arms
Futurism
EU Aviation Associations Call for the Registration of All Drones
More on Artificial Intelligence
Year of Efficiency
Yesterday on the byte
Zuckerberg Says Facebook Will Lean Hard Into AI
Facepalm
Yesterday on the byte
"AI Will Never Replace Journalism," Says Magazine CEO Replacing Journalists With AI
Robot and Sickle
Yesterday on the byte
OpenAI CEO Says His Tech Is Poised to "Break Capitalism"
READ MORE STORIES ABOUT / Artificial Intelligence
Keep up.
Subscribe to our daily newsletter to keep in touch with the subjects shaping our future.
+Social+Newsletter
TopicsAbout UsContact Us
Copyright ©, Camden Media Inc All Rights Reserved. See our User Agreement, Privacy Policy and Data Use Policy. The material on this site may not be reproduced, distributed, transmitted, cached or otherwise used, except with prior written permission of Futurism. Articles may contain affiliate links which enable us to share in the revenue of any purchases made.
Fonts by Typekit and Monotype.