The "supermaterial" has a super power we didn't know about. 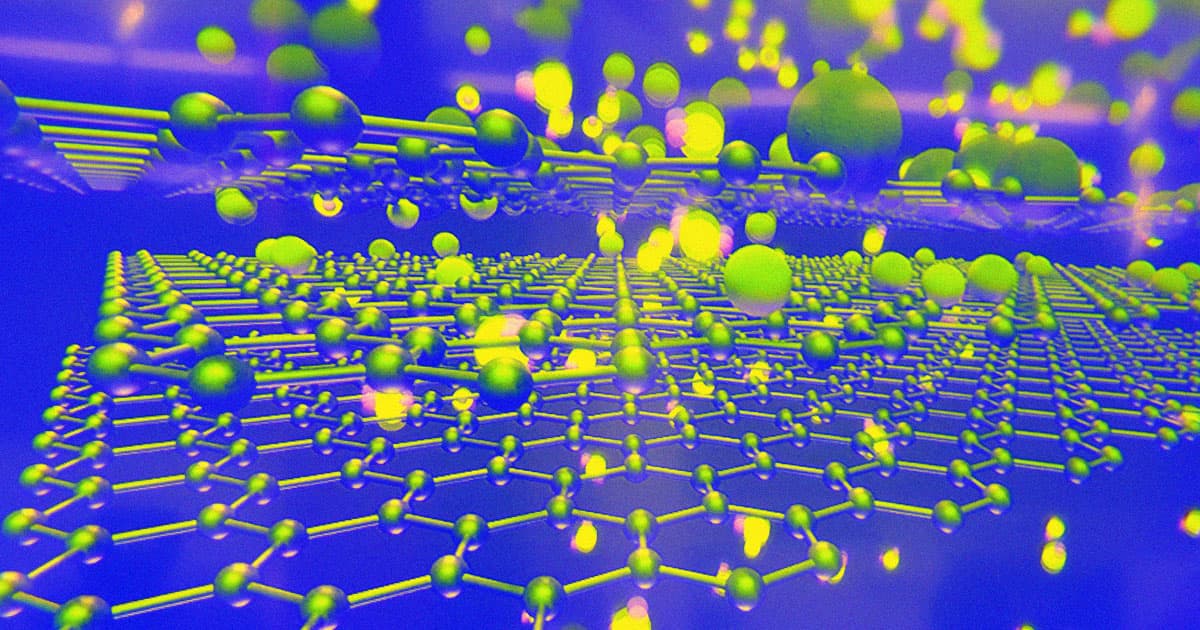 The qubits – the basic units of quantum communication – central to quantum computers are incredibly fragile, prone to switching between states at the slightest disruption.

This has made error correction a major focus of quantum computer developers — they need to find a way to keep the systems functioning even if an individual qubit is corrupted. Not only that, but they have to do so without actually measuring the qubits, since that would destroy their ability to exist in multiple states at once.

But now, a team of U.S. physicists has used the "supermaterial" graphene to uncover several entirely new quantum states — and they think the discovery could lead to quantum computers that don't need error correction at all.

Graphene is a material comprising a single layer of carbon atoms arranged in a hexagonal lattice.

Researchers first isolated it from graphite, the mineral found in most pencils, in 2004, and ever since, they've been wowed by graphene's remarkable properties — despite being so thin and light, it's incredibly strong and a remarkable conductor of both heat and electricity.

For their study, which was published in the journal Nature Physics on Monday, researchers from Brown and Columbia Universities stacked two layers of graphene on top of one another, separating them with a layer of another two-dimensional material — hexagonal boron nitride — which they also wrapped around the entire graphene sandwich.

When they then blasted the structure with incredibly strong magnetic fields, they found it produced never-before-seen quantum states.

The discovery of these new quantum states is a remarkable achievement in and of itself — as researcher Jia Li, an assistant professor of physics at Brown, noted in a press release, "The findings show that stacking 2D materials together in close proximity generates entirely new physics."

However, the specific states themselves are also remarkable, particularly in terms of the role they could play in the development of quantum computers.

"Of particular interest are several new states that have the potential of hosting non-Abelian wave functions — states that don’t quite fit the traditional composite fermion model," Jim Hone, a professor of mechanical engineering at Columbia, said in the press release.

Electrons in non-Abelian states are able to "remember" their past positions in relation to one another, according to the press release, and that ability could lead to the creation of quantum computers that don't need error correction at all — eliminating one of the major hurdles between us and these incredibly powerful devices.

More on graphene: Graphene Could Be the Superconductor Scientists Always Dreamed Of

Read This Next
Quacks Like a Duck
Those Headlines About Scientists Building a Wormhole Are Total Nonsense, People
Confirmation Bias
Microsoft Retracts Paper Claiming Quantum Computing Breakthrough
Beam Me Up Qubit
Researchers Achieve First "Sustained" Long Distance Quantum Teleportation
Dr. Strange
Scientists Observe "Time Crystals" Interacting With Each Other
Totally Incoherent
Scientists Create Quantum System That Stays Operational 10,000 Longer
More on Hard Science
Horrible Geese
Dec 4 on futurism
Furious Geese Are Defeating Humans, Scientists Find
It From Bit
Nov 22 on the byte
A Scientist Is Crowdfunding an Experiment to Check if We Live in a Simulation
Water Carrying
Nov 20 on the byte
Evidence Grows That Soggy Meteorites Gave Earth Its Oceans
READ MORE STORIES ABOUT / Hard Science
Keep up.
Subscribe to our daily newsletter to keep in touch with the subjects shaping our future.
+Social+Newsletter
TopicsAbout UsContact Us
Copyright ©, Camden Media Inc All Rights Reserved. See our User Agreement, Privacy Policy and Data Use Policy. The material on this site may not be reproduced, distributed, transmitted, cached or otherwise used, except with prior written permission of Futurism. Articles may contain affiliate links which enable us to share in the revenue of any purchases made.
Fonts by Typekit and Monotype.