Could This Weird, Gelatinous Gadget be the Phone of the Future?

The Alo smartphone warms up, vibrates, listens, and can even project holograms. 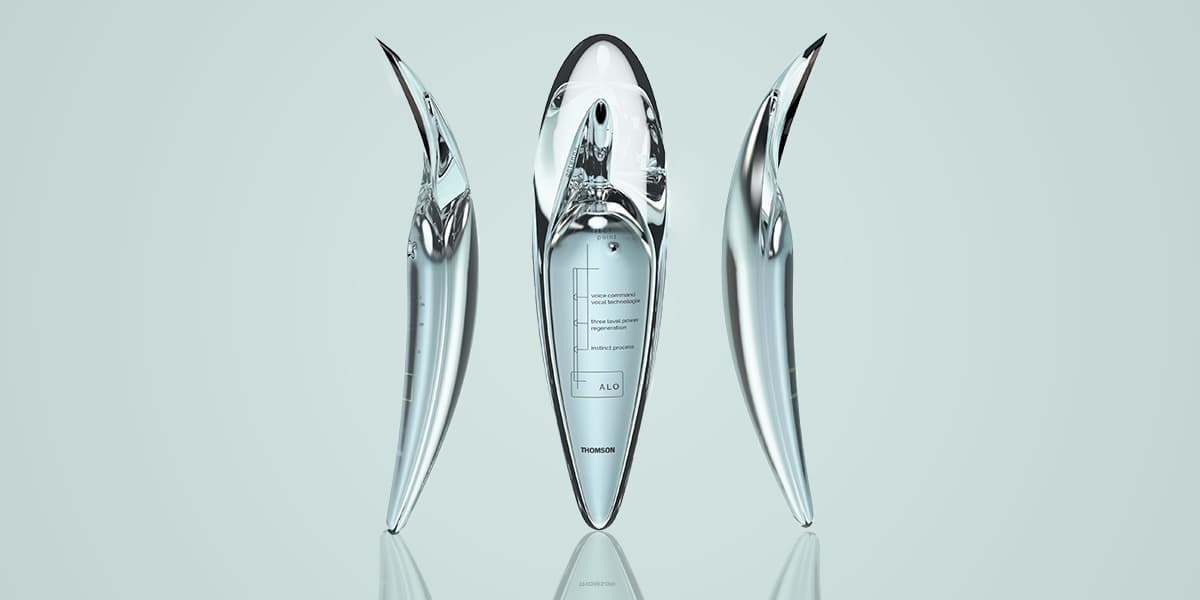 The words gelatinous and smartphone might not seem like they belong in the same sentence together. In fact, they barely belong in the same dictionary together. But the Alo smartphone, an unfinished, unreleased technology, is described as a gelatinous, ergonomically shaped to fit the hand well, voice-activated and controlled smartphone. Designed by Jerome Olivet and Phillippe Starck, this design promises to be the future of smartphone technology.

This phone is unlike any current model, and its most notable feature (that we know of yet) is that it will be able to project holograms. Yes, you read that right. Any messages, photographs, or even movies would be able to be viewed as 3-D holograms. And while an entirely voice-controlled smartphone might seem a little bit strange and difficult to use, it is supposedly designed to be remarkably user-friendly.

According to Olivet, the product design specialist, "The phone's camera acts as an 'eye'. Among other things, it allows the reader to read the texts he detects or to identify the faces. It also allows you to project a 3D hologram to view a movie or message."

A user could also communicate with the device through vibrations and, oddly enough, heat. Inside of the phone would be a center made up of an aluminum alloy that would vibrate and give feedback to the user through temperature. According to Olivet, "Its translucent skin emits vibrations or communicates by producing heat depending on its activity," and "Its skin repairs automatically as soon as it is damaged."

Olivet was also quoted as saying that the device "is a true artificial intelligence." And as AI technology continues to rise in popularity and functionality, more products might look like this incredible gelatinous device.

Read This Next
Mini-Brain in the Cell Membrane
This Startup's Computer Chips Are Powered by Human Neurons
Biological Code
The World's First Reprogrammable DNA Computer is Here
Virtual Combat
The U.S. Army Is Using Virtual Reality Combat to Train Soldiers
War Machine
Russia Is Planning A "Ground Force" of Armed Military Robots
Killer Robots
Scientists Call for a Ban on AI-Controlled Killer Robots
More on Robots & Machines
FROM THE DEPT. OF...
Thursday on futurism
The Best AV Receivers in 2022
FROM THE DEPT. OF...
Wednesday on futurism
The Best Air Purifiers of 2022
FROM THE DEPT. OF...
Tuesday on futurism
The Best Budget 3D Printers for 2022
READ MORE STORIES ABOUT / Robots & Machines
Keep up.
Subscribe to our daily newsletter to keep in touch with the subjects shaping our future.
+Social+Newsletter
TopicsAbout UsContact Us
Copyright ©, Camden Media Inc All Rights Reserved. See our User Agreement, Privacy Policy and Data Use Policy. The material on this site may not be reproduced, distributed, transmitted, cached or otherwise used, except with prior written permission of Futurism. Articles may contain affiliate links which enable us to share in the revenue of any purchases made.
Fonts by Typekit and Monotype.