This extraordinary breakthrough could rewrite the rules of biological computing. 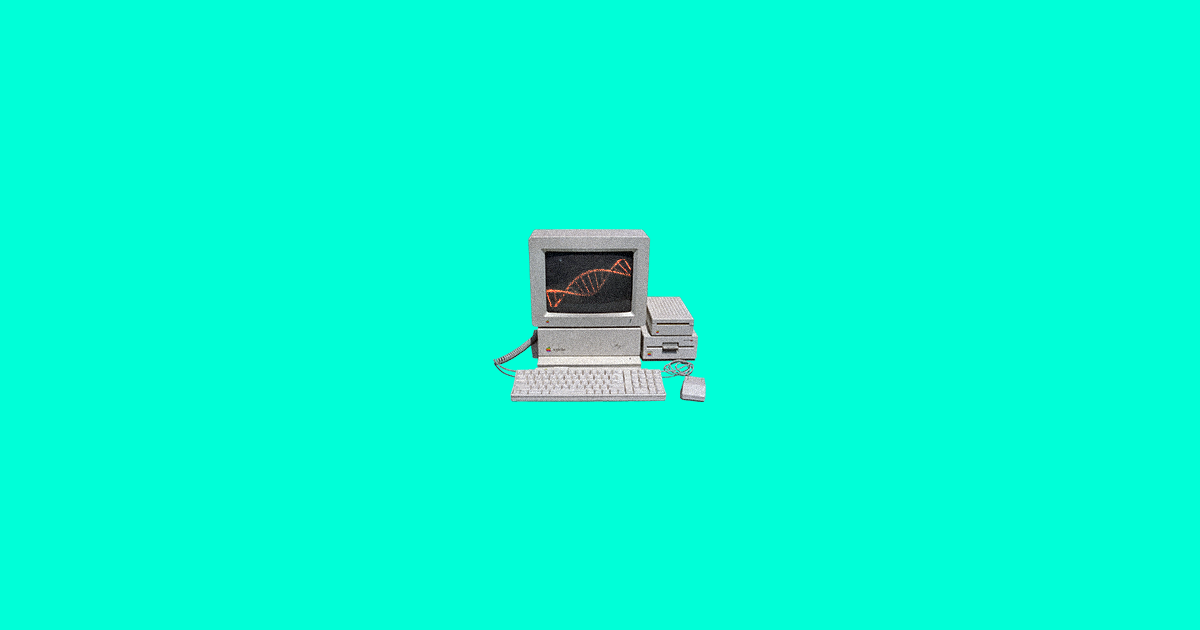 A stark limitation to biological computers was that any code programmed into DNA couldn't be rewritten. UC Davis computer scientist David Doty told Wired that using a DNA computer is "like having to build a new computer out of new hardware just to run a new piece of software."

But now, Doty and his team have built the first DNA-based computer that can be written and rewritten like any other — a potentially revolutionary leap that could lead to the next generation of biological computing.

In research published Wednesday in the journal Nature, Doty and other scientists from UC Davis, California Institute of Technology, and Harvard describe a DNA-based computer with 355 different "tiles" of DNA that can be compared to the circuits in a conventional computer.

Compared to existing DNA circuitry that can only run one program, the team of researchers managed to program their computer to run 21 different programs, which can do simple things like counting, selection options from a list, and recognizing palindromes.

It's all early work — Wired describes the study as producing "beautiful, albeit useless results" — but it could lay the groundwork for a new generation of flexible, programmable biological computers.

Conventional computers still have a major advantage over DNA-based systems, in part because of how much of a head start they have. Your laptop has decades of development behind it, so the people writing new programs don't need to also study materials science, circuitry, and all of the other various disciplines that led to the first computer.

But as research like Doty's develops and more team of scientists build on the work, that may change — Wired envisions a future where molecular programmers can approach their trade with just as narrow and specialized a focus as today's computer scientists can.

READ MORE: Finally! A DNA Computer That Can Actually Be Reprogrammed [Wired]

More on DNA computers: Self-Replicating “DNA Computers” Are Set to Change Everything

Read This Next
Virtual Combat
The U.S. Army Is Using Virtual Reality Combat to Train Soldiers
Worst Timeline
Russia's Latest Weapon: A Laser Cannon
Futurism
The World’s First Practical Quantum Computer May Be Just Five Years Away
Futurism
With Bees Scarce, A Drone Pollinates A New York Apple Orchard
Futurism
Thanks, Amazon! Echo Recorded And Sent Audio To Random Contacts Without Warning
More on Robots & Machines
From the Dept. of...
12:00 AM on futurism
The Best Exercise Bikes of 2023
It's Nothing Pers...
Yesterday on the byte
Scientists Create Shape-Shifting Robot That Can Melt Through Prison Bars
From the Dept. of...
Yesterday on futurism
The Best Smart Lights of 2023
READ MORE STORIES ABOUT / Robots & Machines
Keep up.
Subscribe to our daily newsletter to keep in touch with the subjects shaping our future.
+Social+Newsletter
TopicsAbout UsContact Us
Copyright ©, Camden Media Inc All Rights Reserved. See our User Agreement, Privacy Policy and Data Use Policy. The material on this site may not be reproduced, distributed, transmitted, cached or otherwise used, except with prior written permission of Futurism. Articles may contain affiliate links which enable us to share in the revenue of any purchases made.
Fonts by Typekit and Monotype.