The popular TV show could be predicting our future. 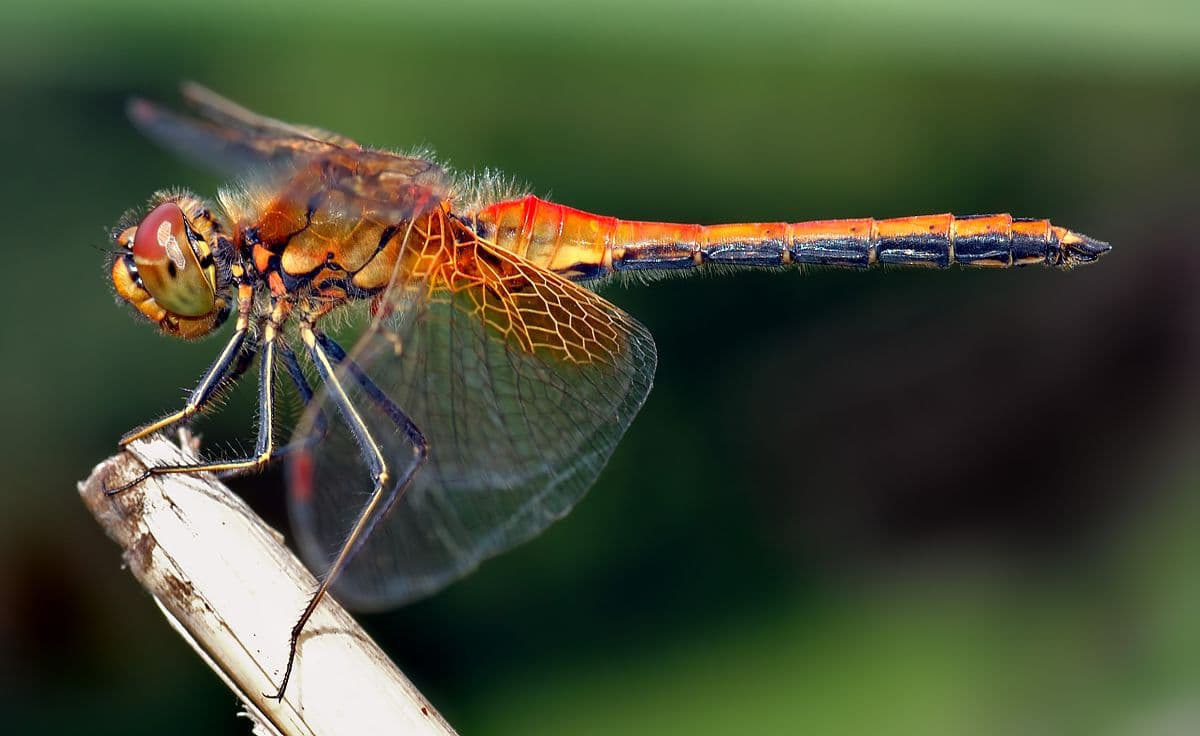 "Hated In The Nation"

That's the name of Episode 6 from Season 3 of Britain's popular science fiction TV show, Black Mirror. The show illuminates a whole bunch of pent-up anxieties that we face with our technological future. No matter who you are, the show is pretty great at letting you know that literally, any outcome is possible.

Aside from the social media-induced murder that the police are trying to solve, this particular episode introduces tiny drone insects that freely fly around the city. A private tech company created these drone honeybees as a response to the extinction of real honeybees (which, if this actually did happen, we would see the major collapse of food chains and a reduction in more than half the amount of fruits and vegetables we see in the supermarket). In the series, they fill the ecological gap by acting as pollinators, but they also have another task - to murder people.

The company purposely left a security hole open so that the UK government could hack and reroute the bees to attack specific people. Surely the only thing worse than being stung by a bee is being brutally murdered by one.

Now For the Real Deal

Now that we've properly instilled that terror into you, a Biomedical solutions company called Draper announced that they will be creating a living dragonfly drone as part of their DragonflEye project. The drone dragonfly will be equipped with a small backpack, which is powered by a mini solar panel and contains a guidance and navigation system that allows it to fly on its own. Instead of hijacking all muscle control, the system will send messages to the insect's "steering" neurons found in its nerve cord. Utilizing genes naturally found in the dragonfly's eyes, the "optrodes" within the backpack send these messages as flashes of light in order to guide it.

Jesse J. Wheeler, the program's lead researcher, stated that they developed a first-generation prototype, but haven't actually tested it yet. Regarding the plans for the project, he mentioned that "in the first year of the project, we focused on developing core enabling technologies like the backpack, optrode, and synthetic biology toolkit for the dragonfly. As we begin our second year, we are preparing to equip dragonflies with our first-generation backpacks in a motion capture room that can monitor their precise flight movements as data is captured from navigation system."

If we ever do see these drone dragonflies out in the world, they would primarily be used as pollinators and tiny surveillance systems. Since the backpack is an all-in-one device, it could be used on other insects in the future...such as bees. Sound familiar? Thanks, Black Mirror.

Read This Next
FROM THE DEPT. OF THINGS TO BUY
The Best Science Gifts of 2023
Drone Tanker News
The US Navy Just Used a Drone to Refuel a Fighter Jet in Midair
Killer Copter
Middle Eastern Nation First to Buy Drone Armed With Machine Gun
Typical Day In Russia
Watch Russia's New Shotgun-Wielding Drone in Action
Keep Up
Wireless Charging Tech Lets Drones Stay Aloft Indefinitely
More on Robots & Machines
Robot Arm News
3:13 PM on the byte
European Space Agency Shows Off Concept for Martian Sample Picker-Upper
From the Dept. of...
12:00 AM on futurism
The Best Desk Lamps of 2023
Robot Ridicule
Yesterday on the byte
Hilarious Video Shows Boston Dynamics Robot Failing Horribly
READ MORE STORIES ABOUT / Robots & Machines
Keep up.
Subscribe to our daily newsletter to keep in touch with the subjects shaping our future.
+Social+Newsletter
TopicsAbout UsContact Us
Copyright ©, Camden Media Inc All Rights Reserved. See our User Agreement, Privacy Policy and Data Use Policy. The material on this site may not be reproduced, distributed, transmitted, cached or otherwise used, except with prior written permission of Futurism. Articles may contain affiliate links which enable us to share in the revenue of any purchases made.
Fonts by Typekit and Monotype.