A Cyborg Swarm: The Future Of Drone Tech is Remote-Controlled, Living Beetles 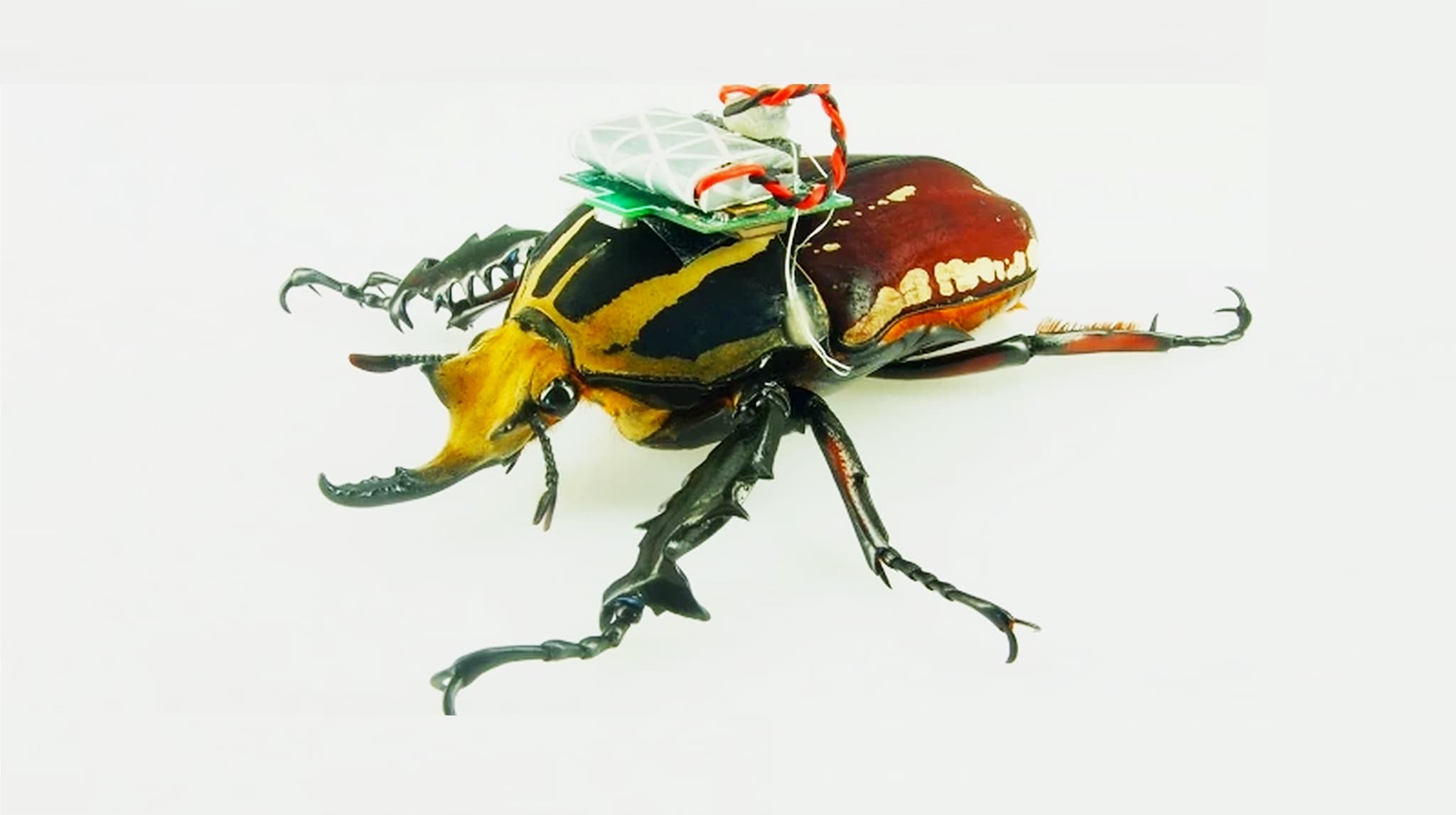 It sounds like something straight out of a horror film. Scientists have discovered that they can wire flying beetles and control them remotely. The spine-tingling part—they plan to harvest swarms of them.

Across the world, scientists are trying to create robot insect swarms. Why? Ultimately, these insect swarms are viewed as being super beneficial when confronted with tight spaces. To this extent, they could help with tasks such as locating earthquake survivors in rubble, they could act as mini-surveillance cameras, and even eavesdrop on criminal suspects.

But rather than designing a robot insect, engineers at Nanyang Technological University and University of California Berkeley are trying to control the actual insects themselves.

"This technology could prove to be an improved alternative to remote-controlled drones as it could go in areas which are not accessible before," stated Assistant Professor Hirotaka Sato of the NTU School of Mechanical and Aerospace Engineering. Their findings are published in Royal Society Interface.

The living insect requires no engineering to keep it in the air and maintains flight on its own. It also removes the need for a bunch of tiny manufactured parts since you're using the biological organism as-is.

The electronics involved add up to be only a mere $7, drastically different from the costs associated with manufacturing robot drones. All you need is to attach an electrode and a tiny electronic backpack, and you can control a living bug that's set for wireless flight.

The electrodes are attached to specific parts of the beetle's legs, optic lobes, and flight muscles. They are triggered by a radio signal that tells the beetle which direction to go and when to move. From there, it does the rest.

The beetle used for this project is the Giant Flower beetle, or 'Mecynorrhina torquata,' due to it's small size and weight (7.6 cm and 5.6 g, respectively). It was also a great match for carrying extra weight required in search-and-rescue missions.

The microchip backpack is attached using organic beeswax, which doesn't harm the animal's natural carapace when removed. Notably, no animals were harmed in this experiment. A 3.9 volt battery powers the entire system, which provides enough power to last a day. But the team envisions transitioning to a sustainable power source in the future.

Interestingly, this project has unexpectedly led to the discovery in relation to the beetle's coleopteran muscle. Scientists believed for two centuries that the muscle was only responsible in wing-folding. But the team of engineers discovered that it also assists with steering and turning - a feat that leaves us with one more piece of information we didn't have previously.

Read This Next
Futurism
Qbits for Cubists: Robots Made These Incredible Works of Fine Art
Futurism
It's Really Hard to Give AI "Common Sense"
Futurism
Australia is Deploying AI Drones to Help Prevent Shark Attacks
Futurism
An AI Robot Learned How to Pick up Objects After Training Only in the Virtual World
Futurism
Watch: This Is the World's Most Sophisticated Humanoid Robot
More on Artificial Intelligence
Music for Robots ...
2:57 PM on the byte
Google's Powerful New AI Can Turn Text Into Music
Another One Bites...
Yesterday on the byte
OpenAI Reportingly Hiring "Army" of Devs to Train AI to Replace Entry-Level Coders
Realty Bites
Yesterday on the byte
Shameless Realtors Are Already Grinding Out Property Listings With ChatGPT
READ MORE STORIES ABOUT / Artificial Intelligence
Keep up.
Subscribe to our daily newsletter to keep in touch with the subjects shaping our future.
+Social+Newsletter
TopicsAbout UsContact Us
Copyright ©, Camden Media Inc All Rights Reserved. See our User Agreement, Privacy Policy and Data Use Policy. The material on this site may not be reproduced, distributed, transmitted, cached or otherwise used, except with prior written permission of Futurism. Articles may contain affiliate links which enable us to share in the revenue of any purchases made.
Fonts by Typekit and Monotype.