Qbits for Cubists: Robots Made These Incredible Works of Fine Art

Here are the winners of the 2018 RobotArt competition. 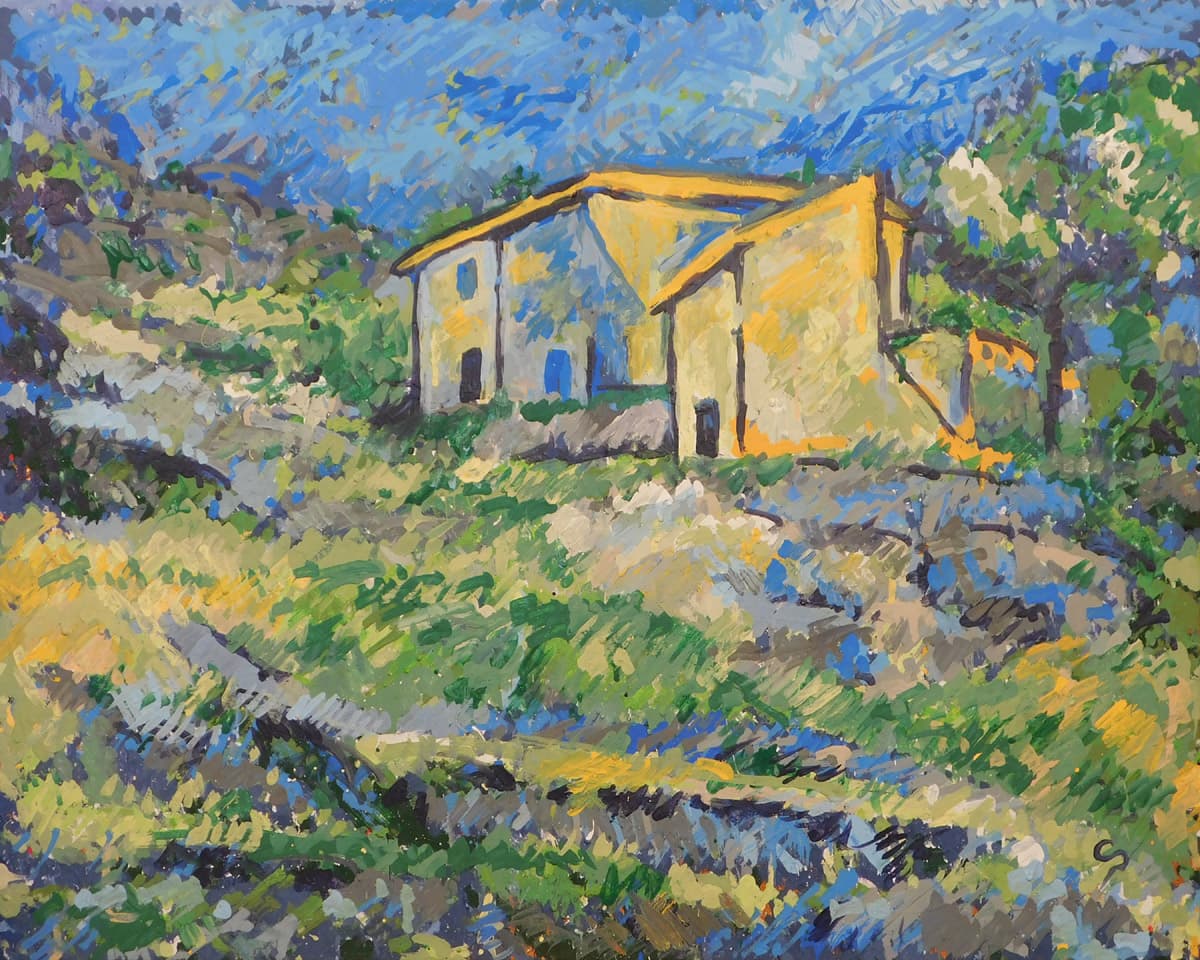 That's right, sophisticated robots can now create works of art comparable to the old masters. The RobotArt gallery has amassed an impressive collection to show what the world's most creative androids and algorithms (and their creators) have come up with. On Wednesday, the international contest, now in its third year, announced the top ten teams, all of which walk away with cash prizes for their creations.

The teams used a number of different approaches, showing that there are a hell of a lot of ways to interpret “artwork created by robot.” The first-place team, CloudPainter, used a machine learning system to generate vivid, sometimes outlandish portraits and landscapes.

Meanwhile, the bronze medalists from Thailand’s Kasetsart University built a robot that can mimic an artist. After recording the position, movement, and forces exerted on a painter’s brush, the team’s robot could precisely recreate the exact same artwork. Some teams used AI algorithms to generate and produce images while others built robots designed to mix new combinations of paints or create works indistinguishable from human-made artwork.

“I think in the short term, robots will be used more in the final production of digital art — especially those that have a lot of detail or repetitive elements,” Andrew Conru, the artist and engineer who founded RobotArt, told Futurism.

He doesn’t think that robotic or algorithmic artists will replace creative humans. Far from it, actually. He likens the emergence of artwork created by machines to the creation of the camera. Photography became an entirely new branch of art that captures different types of images and works than painters do.

But painters didn’t immediately hang up their brushes and ride off into the sunset just because cameras started to become more popular (and, arguably, democratized the artmaking process.) Just so, Conru believes that robotic and human artwork will continue to exist side-by-side, each bringing different skills and approaches to the realm of art. As his website argues, “We all win when we see something beautiful.”

But before we see BANKS-E out on the streets tagging its scathing political commentary or Android Warhol eating a cheeseburger, we’re going to need to see AI and robot technology improve a great deal. Right now, artificial intelligence systems excel at specific tasks, but they’re not conscious entities. That means we won’t have Paul Gearguin or Salvador Dalek renting out studios and collaborating with R2-Degas and Paul-KleePO on their next pièce de résistance.

These algorithms and robotic arms create images but cannot step back and appreciate them.

Rather, as Conru implied, we’re likely to see human artists or art-curious engineers develop new technological tools that can be used to create better or new styles of art. Also, the sort of tech that would allow a machine to generate art is inaccessible to many of the people who might want to use it.

“I think one of the things that is holding the art form back is moderately-costing, high-quality robot arms,” Conru told Futurism. He expected that we would have quality robotic arms in the one to ten-thousand dollar range by now.

“Unfortunately, there is currently a big gap between $300 toys and $30 thousand ‘entry-level’ arms,” he added. “Artists tend not to have tens of thousands lying around.”

To read more about creative robots, click here: Will the Next Mozart be a Robot?

7/16/2018 9:45 AM Editor's Note: This article originally stated that the winning artworks would be displayed in August during the Seattle Art Fair. In a follow-up conversation with Conru, he mentioned that the show had been cancelled. As such, the artwork is only available online.

Read This Next
Naughty Botty
Amazing "Jailbreak" Bypasses ChatGPT's Ethics Safeguards
Immortality Lite
Metaverse CEO Says ChatGPT Is Speeding Up Timeline for Emulating Dead People
Bot Wreck
Red Ventures Knew Its AI Lied and Plagiarized, Deployed It at CNET Anyway
Pleading the Fifth
Extremely Embarrassing Evidence Emerges Against CEO of “Robot Lawyer” Startup
Faking Face
Twitter Is "Verifying" Accounts With AI-Generated Faces
More on Artificial Intelligence
No AI GF
4:09 PM on the byte
Italy Strikes Crushing Blow to AI-Powered Girlfriend
Un Criminel Notoire
2:39 PM on the byte
ChatGPT Will Gladly Spit Out Defamation, as Long as You Ask for It in a Foreign Language
Sing Me a Song
Yesterday on the byte
Google Officially Announces ChatGPT Competitor Called "Bard"
READ MORE STORIES ABOUT / Artificial Intelligence
Keep up.
Subscribe to our daily newsletter to keep in touch with the subjects shaping our future.
+Social+Newsletter
TopicsAbout UsContact Us
Copyright ©, Camden Media Inc All Rights Reserved. See our User Agreement, Privacy Policy and Data Use Policy. The material on this site may not be reproduced, distributed, transmitted, cached or otherwise used, except with prior written permission of Futurism. Articles may contain affiliate links which enable us to share in the revenue of any purchases made.
Fonts by Typekit and Monotype.