Self-Heating Battery Powers Itself Without Needing an External Source 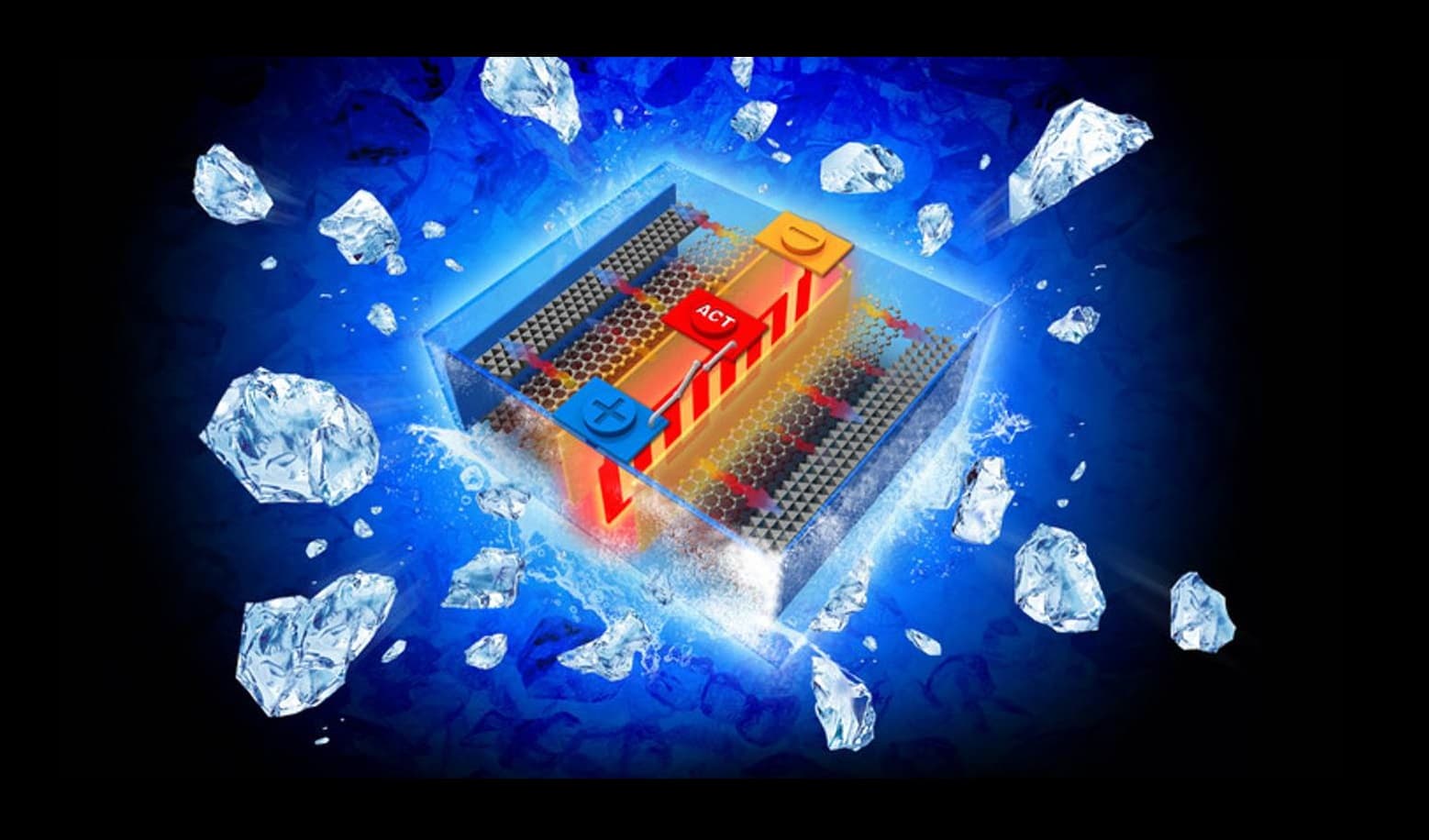 While batteries are a good way of storing energy, their performance and the power they provide decreases as they approaches extreme temperatures. At higher temperatures, the risk of fire increases along as the batteries are more likely to overheat. At the other end of the scale, freezing temperatures reduce the capacity of batteries and slow charging times and decrease the power supply.

This is particularly a problem for electric vehicles, which have to depend on a battery to supply its fuel needs.

While most research goes into finding ways to deal with the issue of overheating, researchers from Penn State University recently published in Nature stating that they have developed a battery capable of maintaining its performance at colder temperatures.

The battery is capable of going from -20 degrees Celsius to 0 in 20 seconds and consume only 3.8 percent of its capacity. This represents a significant improvement from the conventional 40 percent loss observed in lithium ion batteries.

This heating works by attaching an ordinary lithium battery with  a nickel foil attached to the negative terminal. Using an integrated temperature sensor, when temperature drops, it reroutes current internally through the nickel foil causing the battery to heat up to a higher temperature using resistance heating.

In the press release, Chao-Yang Wang, professor of engineering, stated that this could do away with the problems that batteries face during the winter months: "It is a long standing problem that batteries do not perform well at subzero temperatures. This may not be an issue for phones and laptops, but is a huge barrier for electric vehicles, drones, outdoor robots and space applications."

Other manufacturers have found workarounds to deal with battery performance and the range anxiety it induces. The all-electric Ford Focus required the inclusion of a liquid cooling/heating system to ensure constant performance of the battery. Tesla, on the other hand, tries to solve this problem by rolling out more charging stations across the US thus alleviating concerns about range.

However, until battery technology matures, electric vehicles will still face potential problems in colder environments. This new development brings us one step closer to solving this problem.

Read This Next
Fat Robot
These Robots Can Store Energy in "Fat Reserves," Like Humans
Futurism
Tesla May Have Broken The Law In Underreporting Worker Injuries
Futurism
Ford's Unveiles A Tiny Stand On Car That You Can Carry With You
Futurism
ElectroBike Releases an Incredibly Small, Super Light Smart E-Bike
Futurism
Scientists Develop Self-Destructing Batteries That Dissolve in Water
More on Robots & Machines
Blow Up Doll
Yesterday on the byte
Ukraine Accuses Russia of Using Inflatable "Dummy Tanks," Which Deflated
Robot Arm News
Jan 29 on the byte
European Space Agency Shows Off Concept for Martian Sample Picker-Upper
From the Dept. of...
Jan 29 on futurism
The Best Desk Lamps of 2023
READ MORE STORIES ABOUT / Robots & Machines
Keep up.
Subscribe to our daily newsletter to keep in touch with the subjects shaping our future.
+Social+Newsletter
TopicsAbout UsContact Us
Copyright ©, Camden Media Inc All Rights Reserved. See our User Agreement, Privacy Policy and Data Use Policy. The material on this site may not be reproduced, distributed, transmitted, cached or otherwise used, except with prior written permission of Futurism. Articles may contain affiliate links which enable us to share in the revenue of any purchases made.
Fonts by Typekit and Monotype.