These Robots Can Store Energy in "Fat Reserves," Like Humans

"Robots could have 72 times more power capacity if their exteriors were replaced with zinc batteries." 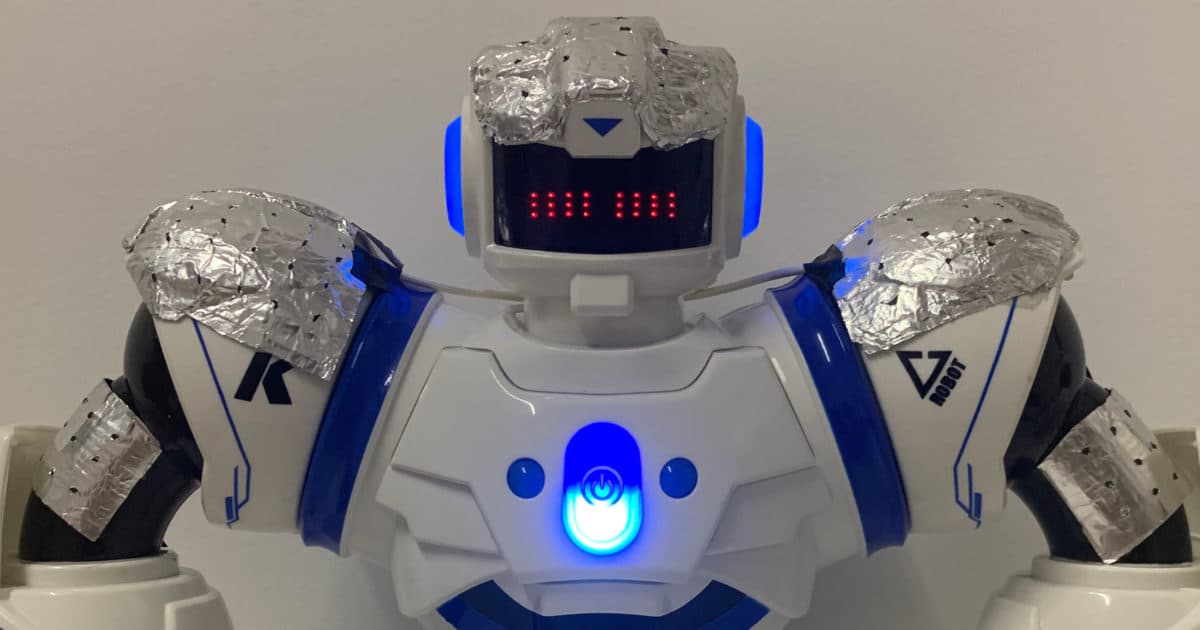 Image by University of Michigan

A team of scientists at the University of Michigan have created "biomorphic batteries" that allow robots to store energy like humans — in fat reserves spread across their bodies.

The idea is to greatly increase the battery capacity of robots by mimicking the distributed energy sources of living beings, and as it turns out, the new batteries may also hold far more power than the conventional lithium ion variety.

"Robot designs are restricted by the need for batteries that often occupy 20 percent or more of the available space inside a robot, or account for a similar proportion of the robot's weight," Nicholas Kotov, professor of engineering at the University of Michigan and lead researcher on the project, said in a statement.

According to the team, their new zinc battery could greatly increase energy density.

"We estimate that robots could have 72 times more power capacity if their exteriors were replaced with zinc batteries, compared to having a single lithium ion battery," Mingqiang Wang, first author of a paper about the research published in the journal Science Robotics today, said in the statement.

They're also more flexible in terms of where they can be mounted to a robot, and can serve multiple functions at once.

"Batteries that can do double duty — to store charge and protect the robot’s ‘organs’ — replicate the multifunctionality of fat tissues serving to store energy in living creatures," Ahmet Emre, a doctoral student in biomedical engineering, said in the statement.

"We don’t have a single sac of fat, which would be bulky and require a lot of costly energy transfer," Kotov added. "Distributed energy storage, which is the biological way, is the way to go for highly efficient biomorphic devices."

The battery passes hydroxide ions between a zinc electrode and the air through a special "aramid nanofiber"-coated membrane. These materials are found in Kevlar vests and water-based polymer gels, and are largely nontoxic. That means, compared to lithium-ion batteries, the new zinc batteries are far more environmentally friendly.

But they do have an Achilles' heel: they're only able to maintain high capacity for about 100 charge cycles, falling far short of lithium-ion ones. Fortunately, replacing them would not only be relatively cheap, but the researchers say they could easily be recycled as well.

More on batteries: Scientists Are Renting out Giant Batteries to Areas Without Power

Read This Next
FROM THE DEPT. OF THINGS TO BUY
The Best Rechargeable Batteries in 2023
FROM THE DEPT. OF THINGS TO BUY
The Best AAA Batteries of 2023
FROM THE DEPT. OF THINGS TO BUY
Best Solar Batteries of 2023
Futurism
Batteries May Soon Store Five Times More Energy, Thanks to the Human Gut
Futurism
Elon Musk Announces Second Gigafactory Slated for Europe
More on Robots & Machines
Blow Up Doll
Yesterday on the byte
Ukraine Accuses Russia of Using Inflatable "Dummy Tanks," Which Deflated
From the Dept. of...
Yesterday on futurism
The Best UPS Battery Backups of 2023
From the Dept. of...
Jan 29 on futurism
The Best Short-Throw Projectors in 2023
READ MORE STORIES ABOUT / Robots & Machines
Keep up.
Subscribe to our daily newsletter to keep in touch with the subjects shaping our future.
+Social+Newsletter
TopicsAbout UsContact Us
Copyright ©, Camden Media Inc All Rights Reserved. See our User Agreement, Privacy Policy and Data Use Policy. The material on this site may not be reproduced, distributed, transmitted, cached or otherwise used, except with prior written permission of Futurism. Articles may contain affiliate links which enable us to share in the revenue of any purchases made.
Fonts by Typekit and Monotype.