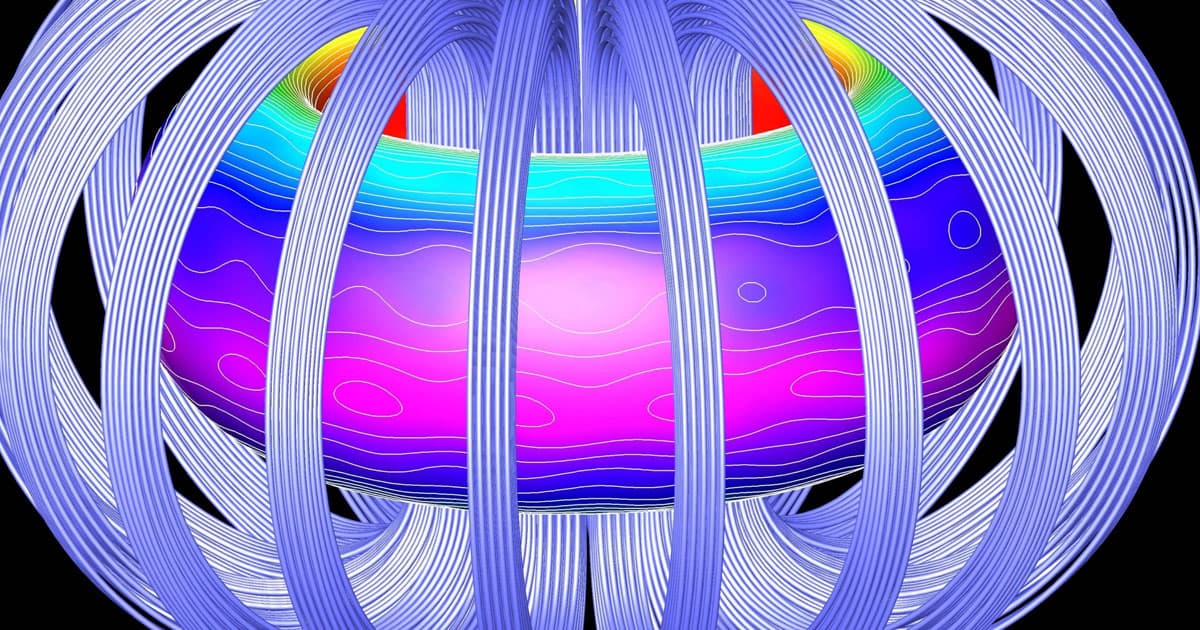 Fusion reactors are extremely difficult to control. This could be the answer.

Fusion reactors are extremely difficult to control. This could be the answer.

A team of research physicists at Princeton University may have found a new way to control fusion reactions — an incremental step towards making fusion energy, the holy grail of energy production, a reality.

Many fusion reactors today use light elements in the form of plasma as fuel. The problem is that this elemental plasma is extremely hot — practically as hot as the Sun — and extremely unpredictable and difficult to control.

But there may be a way to force the plasma into doing what we want more predictably and efficiently, as detailed in a new theoretical paper published in the journal Physics of Plasmas.

The Princeton team found that shooting radio frequency waves that super-heat fusion reactions inside a reactor could potentially reduce the chance of "magnetic islands" — bubble-like structures that can throw fusion reactions out of whack by triggering sudden releases of energy.

"We want the islands not to grow," explained Eduardo Rodriguez, a graduate student in the Princeton Program in Plasma Physics and first author of the paper, said in a statement. "Focusing on this can lead to improved stabilization of fusion reactors."