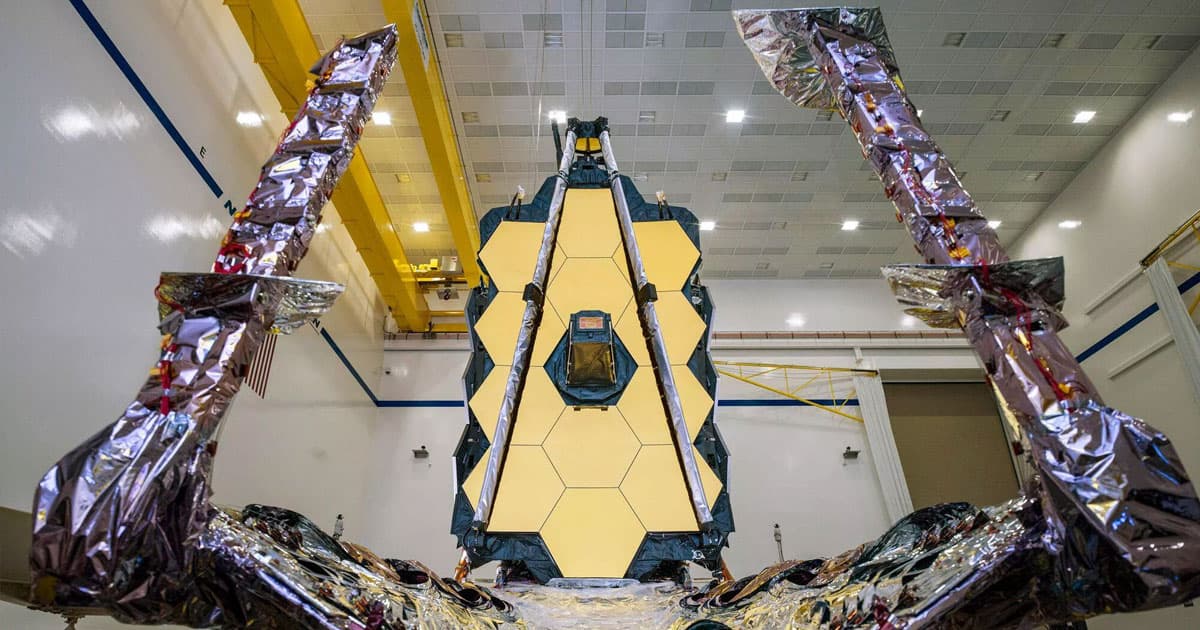 It's still on Earth, but at least it's all in one piece.

It's still on Earth, but at least it's all in one piece.

After years of delays, NASA has made a monumental step forward in its plan to replace the Hubble Space Telescope.

Its successor, the James Webb Space Telescope, is finally in one piece, according to CNET. It's still on Earth, but hey, connecting the advanced telescope to its spacecraft components has to count for something, right? Jokes aside, the fact that the space observatory is in one piece and just undergoing some finishing touches could be a sign that it's actually going to launch as planned in 2021.

But NASA's track record isn't so hot. The space agency's scientists have been working on the orbital observatory for decades, and over the years the official launch date has been repeatedly delayed from 2018 to 2019, and then to 2020, and finally to the current 2021 deadline.

If it all works out, the space observatory is expected to unravel several remaining secrets of the universe — things that Hubble and other facilities aren't sensitive or powerful enough to investigate.

Until then, we just hope it gets off the ground.

FROM THE DEPT. OF THINGS TO BUY
Best Telescopes of 2023
7. 31. 22
Read More
FROM THE DEPT. OF THINGS TO BUY
Best Space Games of 2023
3. 9. 22
Read More
Alt Propulsion
NASA, DARPA, MIT Scientists Met to Discuss "Anti-Gravity" Tech
9. 22. 21
Read More
+Social+Newsletter
TopicsAbout UsContact Us
Copyright ©, Camden Media Inc All Rights Reserved. See our User Agreement, Privacy Policy and Data Use Policy. The material on this site may not be reproduced, distributed, transmitted, cached or otherwise used, except with prior written permission of Futurism. Articles may contain affiliate links which enable us to share in the revenue of any purchases made.
Fonts by Typekit and Monotype.