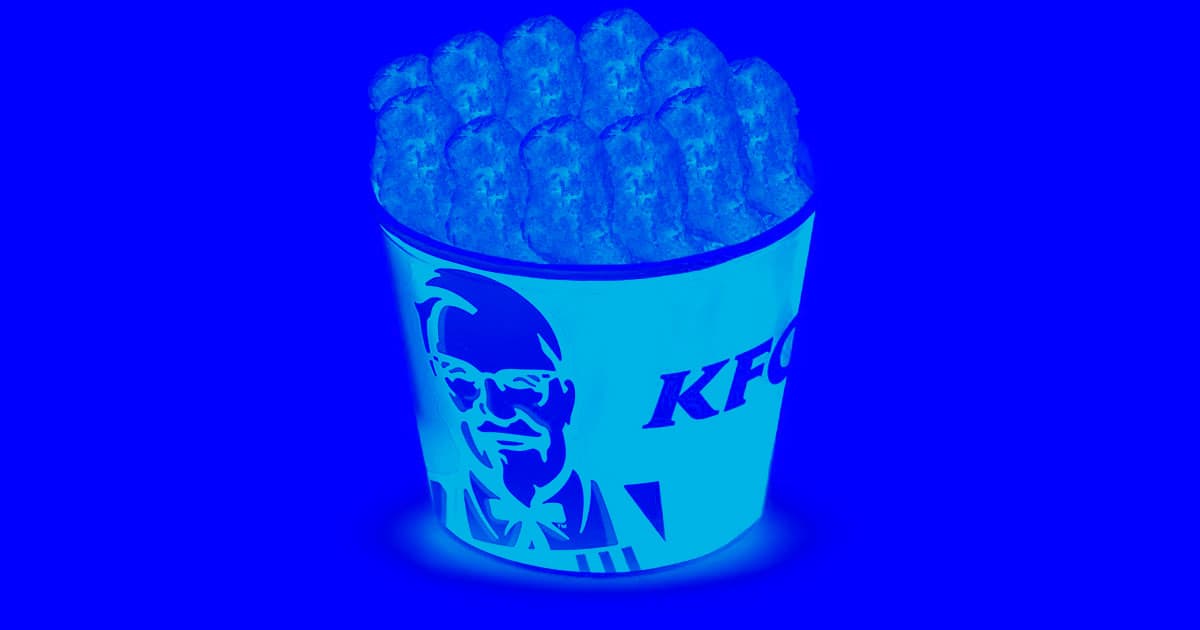 KFC Sold All of Its Meatless "Chicken" in Five Hours

This probably isn't the last we've seen of Beyond Fried Chicken.

This probably isn't the last we've seen of Beyond Fried Chicken.

Kentucky Fried Chicken (KFC) began selling plant-based "chicken" at a single location in Atlanta on Tuesday, and within five hours, customers bought every nugget and boneless wing available — another auspicious sign for fake meat in the fast food industry.

According to an Engadget story, the amount of Beyond Fried Chicken that KFC sold on Tuesday is comparable to the quantity of popcorn chicken it typically sells in a week. Lines wrapped around the restaurant before it even opened, and excited customers took to social media to share videos and photos of both the crowd and their coveted "chicken."

When KFC announced its plan to begin selling "chicken" made from Beyond Meat's plant-based protein, the fast food chain said it would consider customer feedback from the single-location test when deciding whether the product would be worth trialing in a wider market or even rolling out nationwide.

Based on the number of people who headed to the Atlanta KFC on Tuesday — and their overwhelmingly positive response to the faux meat on social media — it seems unlikely this is the last we've seen of Beyond Fried Chicken.

Going Meatless
There's a Huge, Angry Backlash Against Fake Meat
10. 8. 19
Read More
In the Future, the Meat You Eat Won't Come From Living Organisms
12. 12. 17
Read More
Going Down
Scientists Say the Sun Is Acting Up and Causing Satellites to Fall Back to Earth
Yesterday
Read More
+Social+Newsletter
TopicsAbout UsContact Us
Copyright ©, Camden Media Inc All Rights Reserved. See our User Agreement, Privacy Policy and Data Use Policy. The material on this site may not be reproduced, distributed, transmitted, cached or otherwise used, except with prior written permission of Futurism. Fonts by Typekit and Monotype.