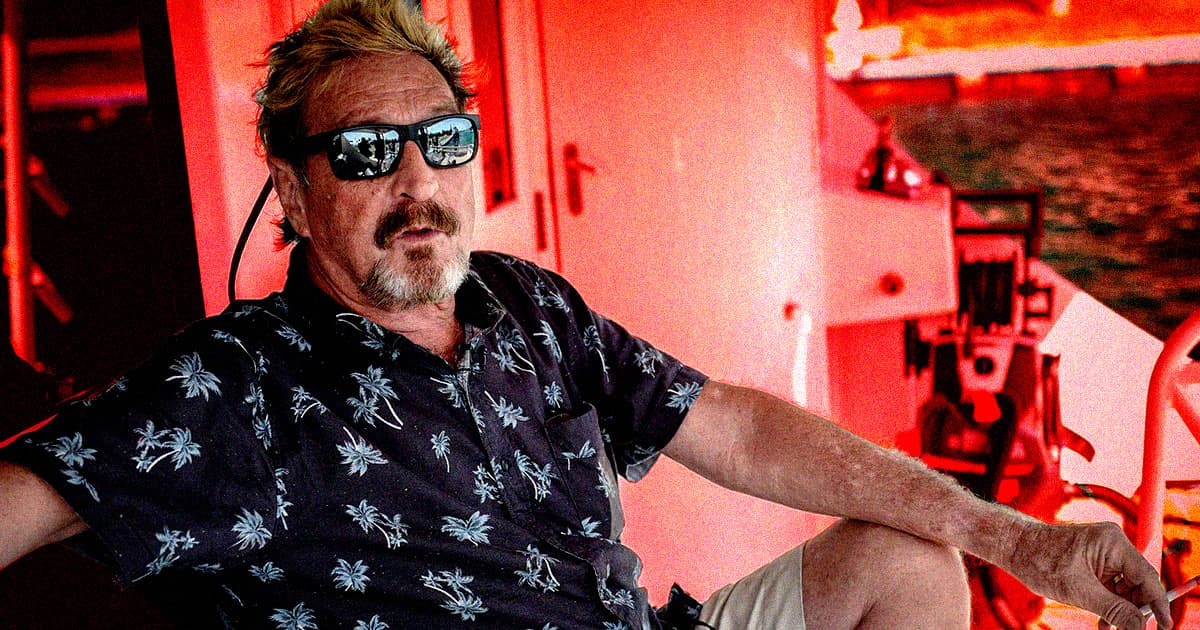 Various People Are Fighting Over John McAfee's Body, Which Is Stuck in a Spanish Morgue

"This is one of the strangest cases I have seen in my career."

"This is one of the strangest cases I have seen in my career."

The stranger-than-fiction saga of cybersecurity mogul John McAfee is still developing more than seven months after he was found dead in a Spanish prison cell last year.

Now, according to MarketWatch, McAfee's body is the subject of a dramatic legal conflict involving his daughter, his ex-wife, and Barcelona investigators.

"To my knowledge, they have done nothing to the body," Joy Athanasiou, the lawyer representing McAfee's daughter, told MarketWatch. "It has been sitting there [in a freezer] all these months."

"This is one of the strangest cases I have seen in my career," added Nishay Sanan, who was McAfee's lawyer back when he was alive.

McAfee lived a famously colorful life, gaining prominence by starting McAfee AntiVirus before jumping into antics including claiming he'd been poisoned, spending years on the run and launching a bizarre presidential bid, and threatening to unmask the pseudonymous creator of Bitcoin, among many other fictional-sounding endeavors.

The drama even continued after he died last year, with his Instagram account posting a posthumous image that seemed to suggest his involvement in a ridiculous conspiracy theory.

And now, according to MarketWatch's reporting, his body seems to be in indeterminate limbo in Spain. But even in death, those close to McAfee warned the outlet, it's possible that not as is what it seems.

"It was usually smoke and mirrors with John," said Kyle Sandler, who managed McAfee's 2016 presidential run but was later convicted of stealing money from investors, told the publication from prison.

Read more: ‘His end is a void of unknown’ — John McAfee’s body is stuck in a Spanish prison morgue as a fight rages over his legacy [MarketWatch]

Help Wanted
Famed Director Dies by Assisted Suicide
9. 13. 22
Read More
From Our Partners
Save An Extra 40% On These Top VPNs This Cyber Monday
11. 29. 21
Read More
From Our Partners
Protect Your Black Friday Shopping With KeepSolid VPN
11. 26. 21
Read More
+Social+Newsletter
TopicsAbout UsContact Us
Copyright ©, Camden Media Inc All Rights Reserved. See our User Agreement, Privacy Policy and Data Use Policy. The material on this site may not be reproduced, distributed, transmitted, cached or otherwise used, except with prior written permission of Futurism. Articles may contain affiliate links which enable us to share in the revenue of any purchases made.
Fonts by Typekit and Monotype.