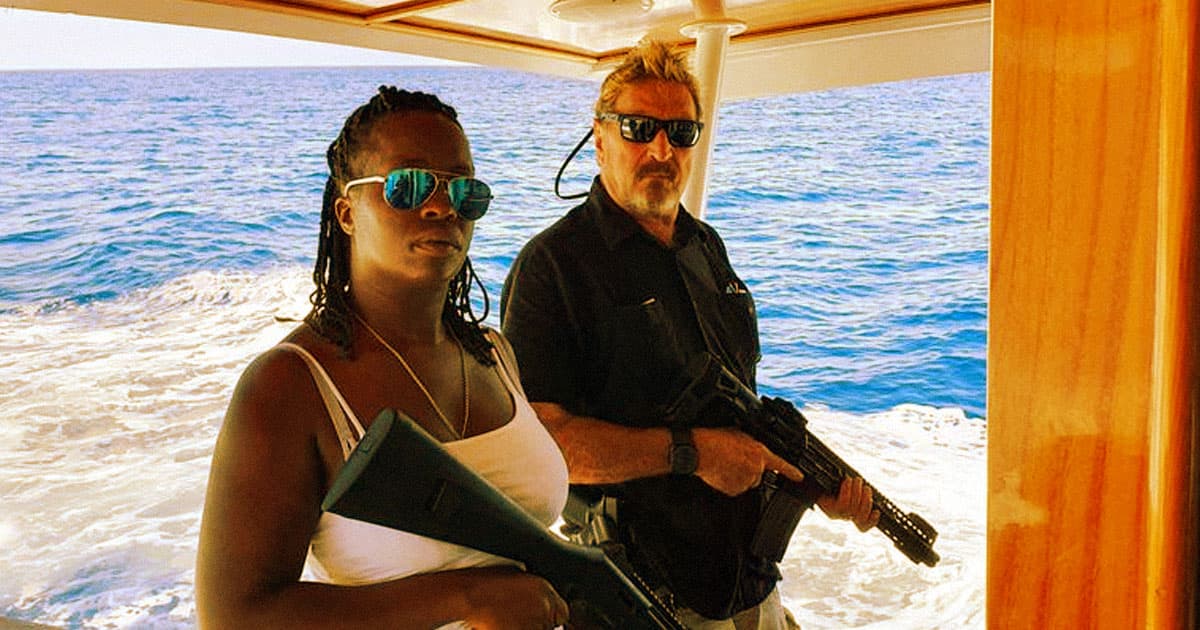 "This is not a publicity stunt," he tweeted.

"This is not a publicity stunt," he tweeted.

Hey, America. The man who wants to be your next president is missing — and there'll be hell to pay if he doesn't turn up soon.

That's the gist of a series of recent tweets sent from the Twitter account of eccentric tech millionaire-turned-2020 presidential candidate John McAfee, who's been running his campaign in exile since January to avoid charges of tax fraud in the U.S.

And according to Loggia-Ramirez, McAfee's continued MIA status could be very bad for... well, someone.

"If John misses his next check-in, events will be set into motion that I cannot prevent once they have begun," he tweeted. "John has secreted data with individuals across the world. I know neither their identities or locations. They will release their payloads if John goes missing."

Loggia-Ramirez didn't elaborate on when that next check-in is supposed to happen, whose data this is, or what sort of repercussions might follow its release.

However, he did take the time to make sure one thing is crystal clear: "This is not a publicity stunt."

Guess we'll just have to wait to find out.

False Flag
John McAfee Faked His Death and Is Still Alive, Ex-Girlfriend Claims
8. 24. 22
Read More
Beyond the Grave
John McAfee's Instagram Posted Something After He Died
6. 23. 21
Read More
RIP
John McAfee Found Dead in Prison Cell
6. 23. 21
Read More
+Social+Newsletter
TopicsAbout UsContact Us
Copyright ©, Camden Media Inc All Rights Reserved. See our User Agreement, Privacy Policy and Data Use Policy. The material on this site may not be reproduced, distributed, transmitted, cached or otherwise used, except with prior written permission of Futurism. Articles may contain affiliate links which enable us to share in the revenue of any purchases made.
Fonts by Typekit and Monotype.