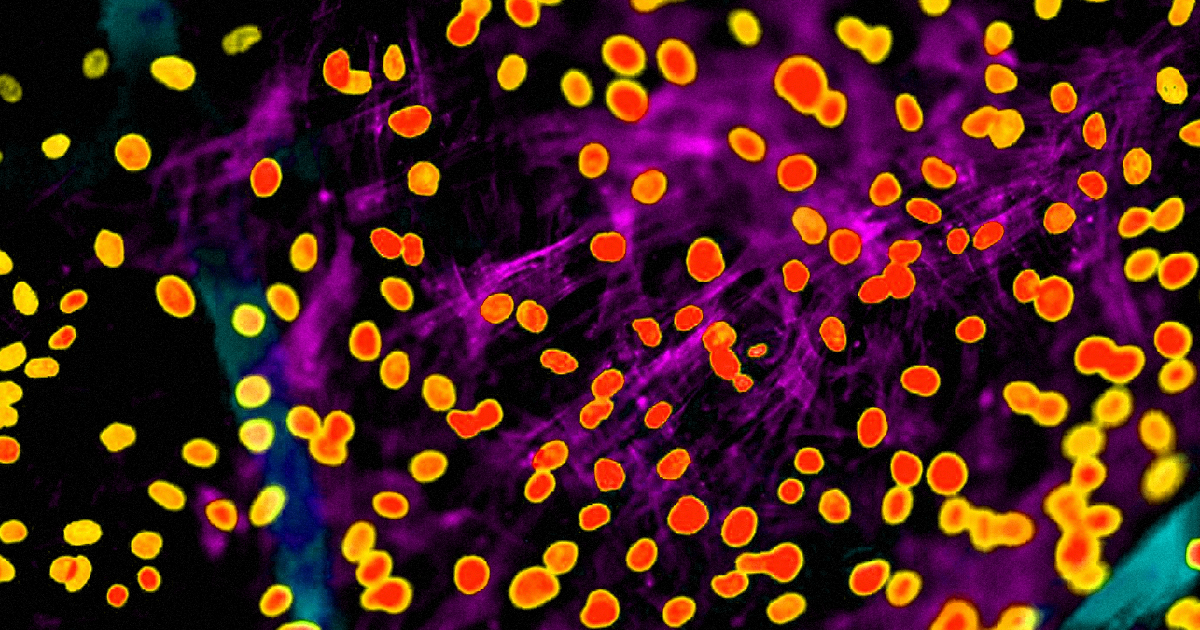 6. 5. 19
Engineering at Cambridge via Flickr/Victor Tangermann

For the first time, scientists gene-hacked an animal's stem cells — without removing them.

Normally, altering a stem cell with CRISPR requires extracting it, keeping it alive in a lab setting, and hoping that the edit takes after re-inserting it into the body. But now Harvard scientists have found a way to skip that process, according to research published in the journal Cell Reports. Their new technique alters the genomes of stem cells in a mouse's body — and spreads the edits throughout the creature's body as cells reproduce.

In the long run, the new technique could be used to gene-hack genetic conditions into nonexistence by editing them out of stem cells that then propagate throughout the body, replacing diseased cells as they go — a concrete step toward treating DNA as just one more type of code to hack and rewrite.

The scientists loaded CRISPR proteins into special types of viruses and injected them into mice, where the CRISPR edited stem cells and made them glow red, according to New Atlas.

The gene-hacked DNA take hold in 60 percent of the skeletal muscle stem cells that the scientists had targeted, but also spread to stem cells in the mouse's skin and bone marrow.

The Harvard scientists think they could hijack that process to someday erase genetic diseases from a body without needing to remove, cultivate, and re-inject healthy cells.

"When you take stem cells out of the body, you take them out of the very complex environment that nourishes and sustains them, and they kind of go into shock," lead scientist Amy Wagers told New Atlas. "Isolating cells changes them. Transplanting cells changes them. Making genetic changes without having to do that would preserve the regulatory interactions of the cells — that's what we wanted to do."