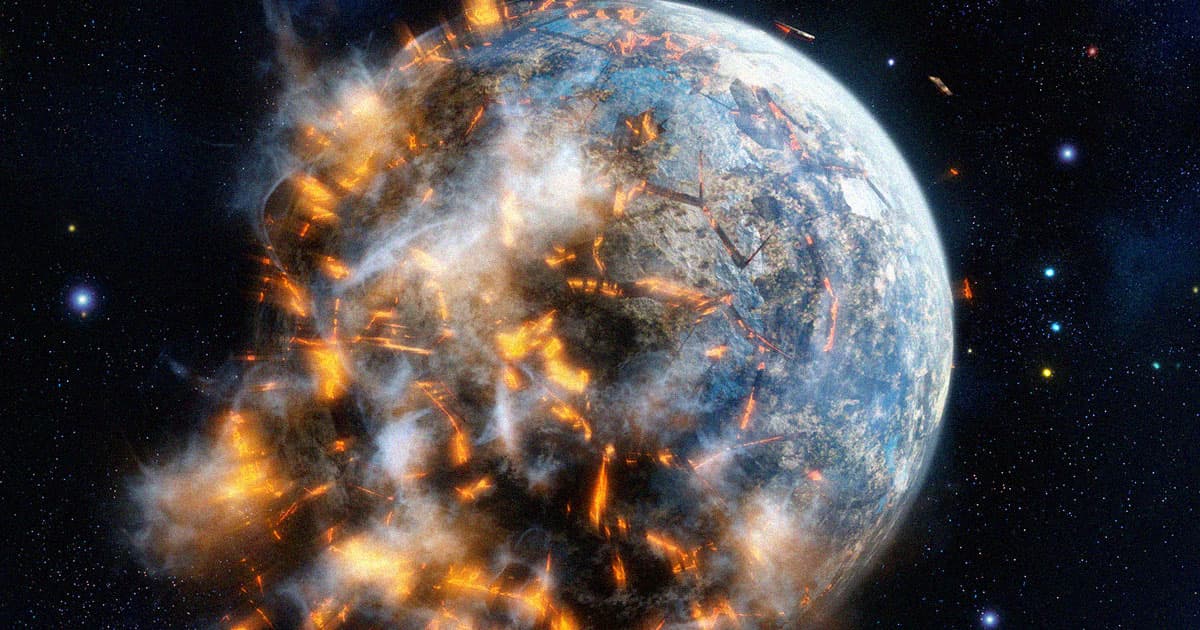 An accidentally-poignant study suggests that some planets may emit a scream-like blast of cosmic radio waves as they crumble out of existence.

In a new interview with Science News, Nanjing University astronomer Yong-Feng Huang discussed his and his colleagues' recent study, published in the Astrophysics Journal, which posits that crumbling planets may account for some of the newly-discovered and little-understood fast radio bursts (FRBs) that scientists have detected coming from deep in the cosmos.

Astronomers didn't know about FRBs, which are millisecond-long bursts of radio waves that have yet to be definitively explained, until 2007 when the first of their kind was detected in archival observatory data.

Since then, scientists have been puzzled as they try to figure out what causes these mysterious radio bursts as they continue to pile up — and this new theory offers an intriguing new possibility.

In the research, Huang and colleagues hypothesized that FRBs could be the result of ultra-dense neutron stars interacting with the foolhardy planets that orbit them. The idea is that these planets get so close to the highly-volatile collapsed stars when swinging by in their elliptical orbits that they start getting literally ripped apart, resulting in elongation, distortion, and entire chunks falling off.

After these lumps of planet get ripped off, the researchers posit, the stellar wind of particles and radiation spewed by the neutron star may interact with them and result in "really strong radio emissions," Huang said.

The Nianjing astronomers compared their conclusion to two known "repeater" FRBs — one discovered in 2016 that repeats roughly 160 days, as one that repeats every 16 days. The team concluded that the planet destruction hypothesis could well explain both FRBs they studied.

There's a long way to go before we figure out what — or, tantalizingly, who — could be causing FRBs, but the concept of it being a stellar scream of radio waves certainly does provide dramatic flair.