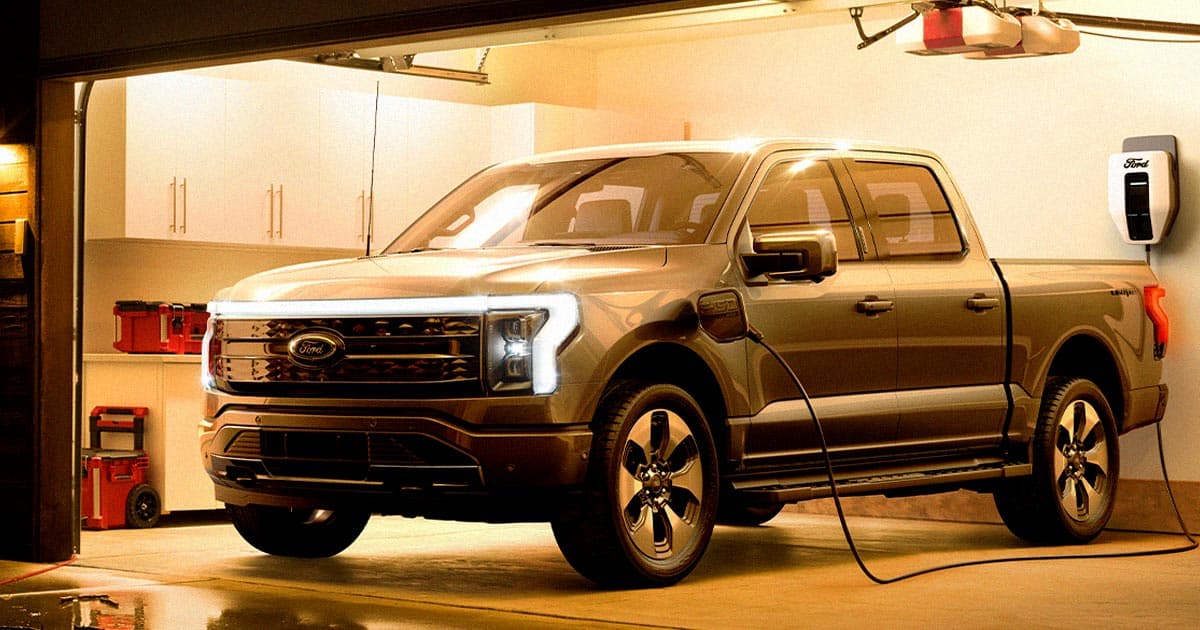 Long ago, the ancient electric vehicle oracles prophesied that one Michigan resident would be the first to receive an electric truck delivery — but didn't clarify which auto maker would be The Chosen One.

As luck would have it, Nicholas Schmidt made history yesterday when he became the first official owner of a brand new electric Ford F-150 Lightning.

The electrified version of Ford's most popular truck is looking forward to a long, happy life of hauling firewood, pulling trailers and moving loads of homegrown corn on Schmidt's rural property — but according to Bloomberg, it almost didn't happen.

Schmidt told Bloomberg he planned to buy whichever electric truck hit the market first, so he actually began the journey by placing a $100 reservation on a Tesla Cybertruck instead, the release of which has been delayed several times.

The brutalist pickup was meant to roll off the lot before the end of this year, but Tesla had to delay its release until at least next year.

In fact, Schmidt is already the owner of a Tesla Model 3, which really isn't made for lugging firewood around.

"When I bought the Tesla a few years ago, my family was real apprehensive, as farmers, just not buying into it," he told Bloomberg. "So when there were pickup trucks coming out that were going to be EVs, I said, 'whichever one comes first, I’ll buy it.'"

The story could end either way now.

Will Schmidt give Ford CEO Jim Farley glowing reviews like the company head asked for on Twitter? Or will we watch the Lightning fail to move all those heavy loads in real time? Will Schmidt own another Tesla again?

Who knows, but it'll sure be fun to watch his hero's journey play out.

More on the need to electrify: Fossil Fuel Consultant Quits in Disgust, Tired of Destroying Environment

Sleepless in San Francisco
Elon Musk Reportedly Building "Sad Hotel Rooms" at Twitter HQ for Exhausted Employees
Tuesday
Read More
Pay Yourself
Elon Musk Might Get Thrashed by Lawsuit From Heavy Metal Drummer
Nov 11
Read More
All Hands on Tweetdeck
Elon Musk Pulling Engineers From Tesla Autopilot to Work on Twitter
Nov 1
Read More
+Social+Newsletter
TopicsAbout UsContact Us
Copyright ©, Camden Media Inc All Rights Reserved. See our User Agreement, Privacy Policy and Data Use Policy. The material on this site may not be reproduced, distributed, transmitted, cached or otherwise used, except with prior written permission of Futurism. Articles may contain affiliate links which enable us to share in the revenue of any purchases made.
Fonts by Typekit and Monotype.