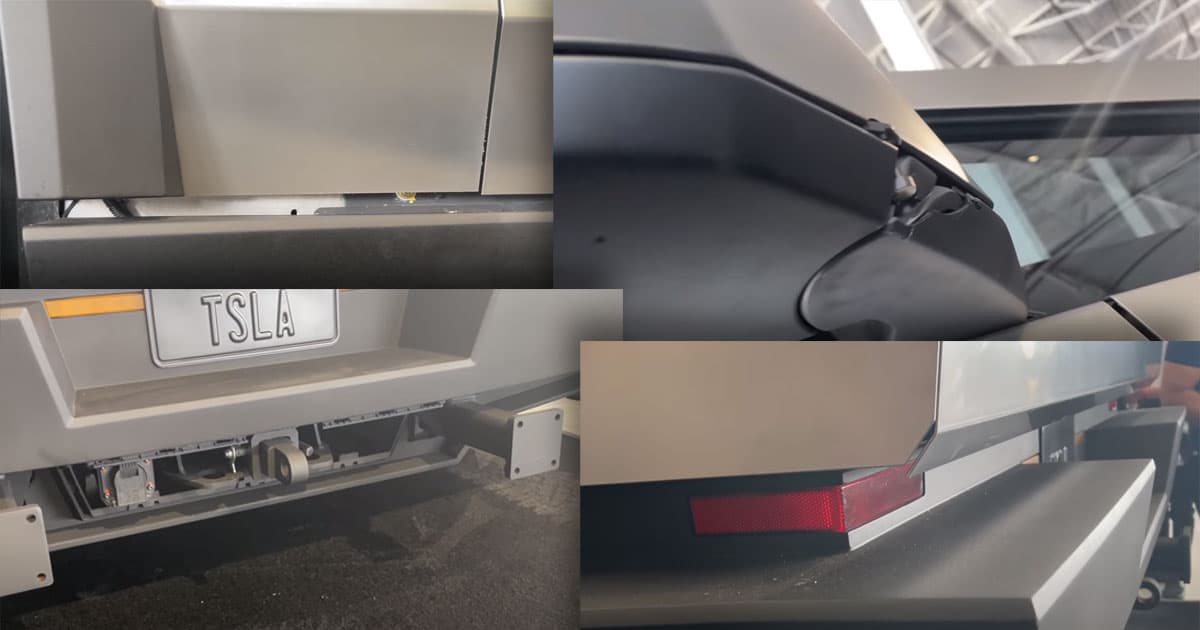 Why would they choose to show this off to the public?

Why would they choose to show this off to the public?

All eyes were on Tesla late last week.

After hyping up the company's brand new factory in Texas, Musk took some time on stage to show off the latest prototype of his company's brutalist Cybertruck.

But after years of delays, Tesla still doesn't have an awful lot to show off — and the prototype displayed last week leaves a lot to be desired.

Sure, from a distance, it looked like a Cybertruck. But attendees of the "Cyber Rodeo" event got a much closer look as well.

And up close, the prototype looked downright bad, almost like an afterthought, as seen in footage uploaded to YouTube by Cyber Owners.

We're not talking just panel gaps here, as has been customary for the brand in the past. The prototype looks unfinished, as if Tesla was caught off guard by the gigantic party it was hosting.

The doors aren't even the same color as the rest of the vehicle.

None of that is exactly reassuring, considering that the Cybertruck has already been delayed a number of times.

At the event, Musk revealed that the vehicle is now slated to go into production next year, a middling consolation prize for those who preordered their trucks well over two years ago.

The company's latest showing doesn't instill any more confidence — we still have yet to see a production ready version of Musk's passion project, despite the CEO's many promises.