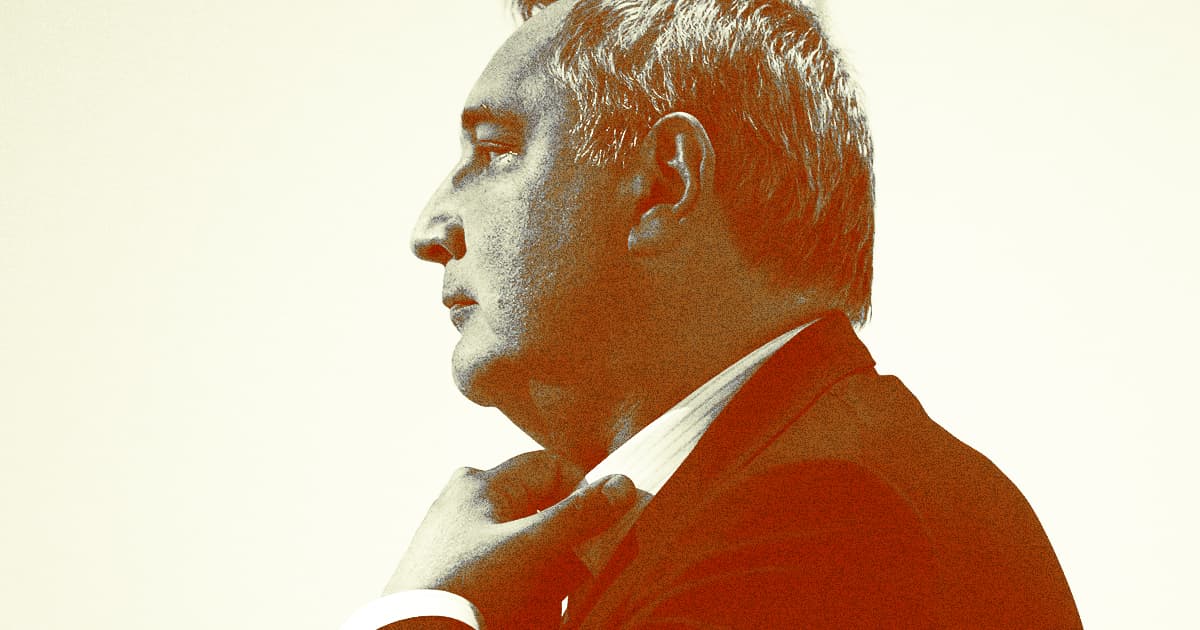 Make up Your Mind

Rogozin is either suffering from severe memory loss — or, much more likely, he's trolling NASA once again.

Rogozin is either suffering from severe memory loss — or, much more likely, he's trolling NASA once again.

Dmitry Rogozin, the director-general of the Russian space agency Roscosmos, is now cozying up to its Western partners in the International Space Station after years of taking jabs at NASA and SpaceX.

Now he's claiming that Russia won't be leaving the International Space Station prematurely, Rogozin told CNN in his first interview with western media since taking charge of Roscosmos. That's a total departure from Rogozin's well-documented threats to pull Russia out of the longstanding international partnership and abandon a decades-long partnership with NASA.

"I think there is a problem in interpretation," Rogozin told CNN. "I, most likely, did not say that."

The only problem? That's not remotely true. Just a few months ago, Rogozin told reporters that Russia was planning to "hand over the responsibility for our segment." Roscosmos has also started to develop its own orbital research outpost.

And even more recently, he threatened to leave the ISS unless the US lifts sanctions against Russia.

"Either we work together, in which case the sanctions are lifted immediately, or we will not work together and we will deploy our own station," he said during a Russian parliament hearing in June.

And that's without getting into what Rogozin's colleagues have been saying. Just one day before the CNN interview was published, for instance, a prominent Russian spaceflight official was complaining about potentially-irreparable damage in Russia's Zarya module at the space station. Last month, Russian officials even accused a NASA astronaut — extremely dubiously — of intentionally damaging ISS equipment so that she could go home early.

All told, Rogozin is either suffering from severe memory loss — or, much more likely, he's trolling NASA once again.

"It's just that we're talking about how we can continue our comradery, our friendly relations with our American partners, when the US government is implementing the sanctions against the very same organizations which supply the International Space Station," he added in the CNN interview.

READ MORE: 'Divorce is not possible' with US over space station, says Russian space chief who threatened to pull out [CNN]